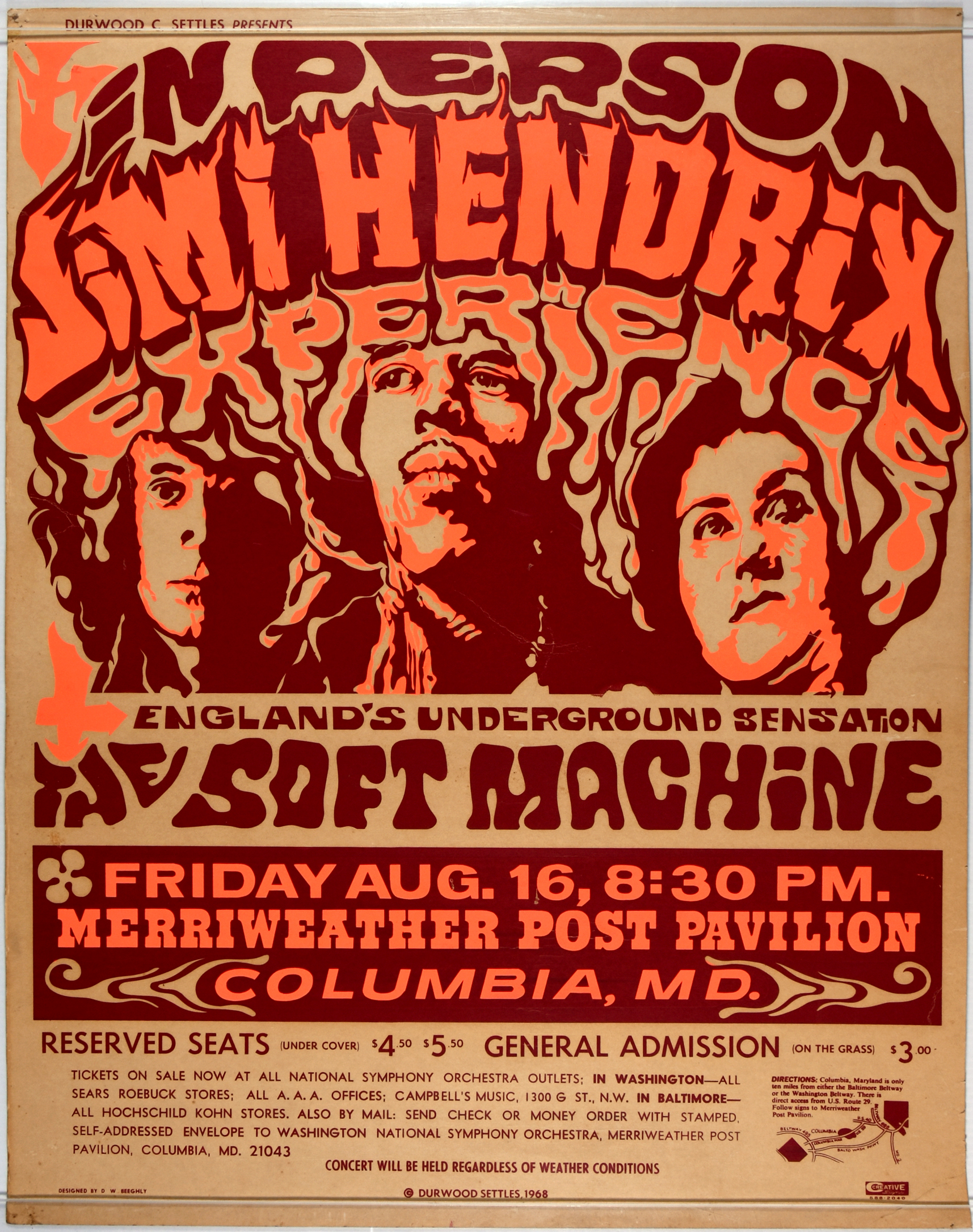 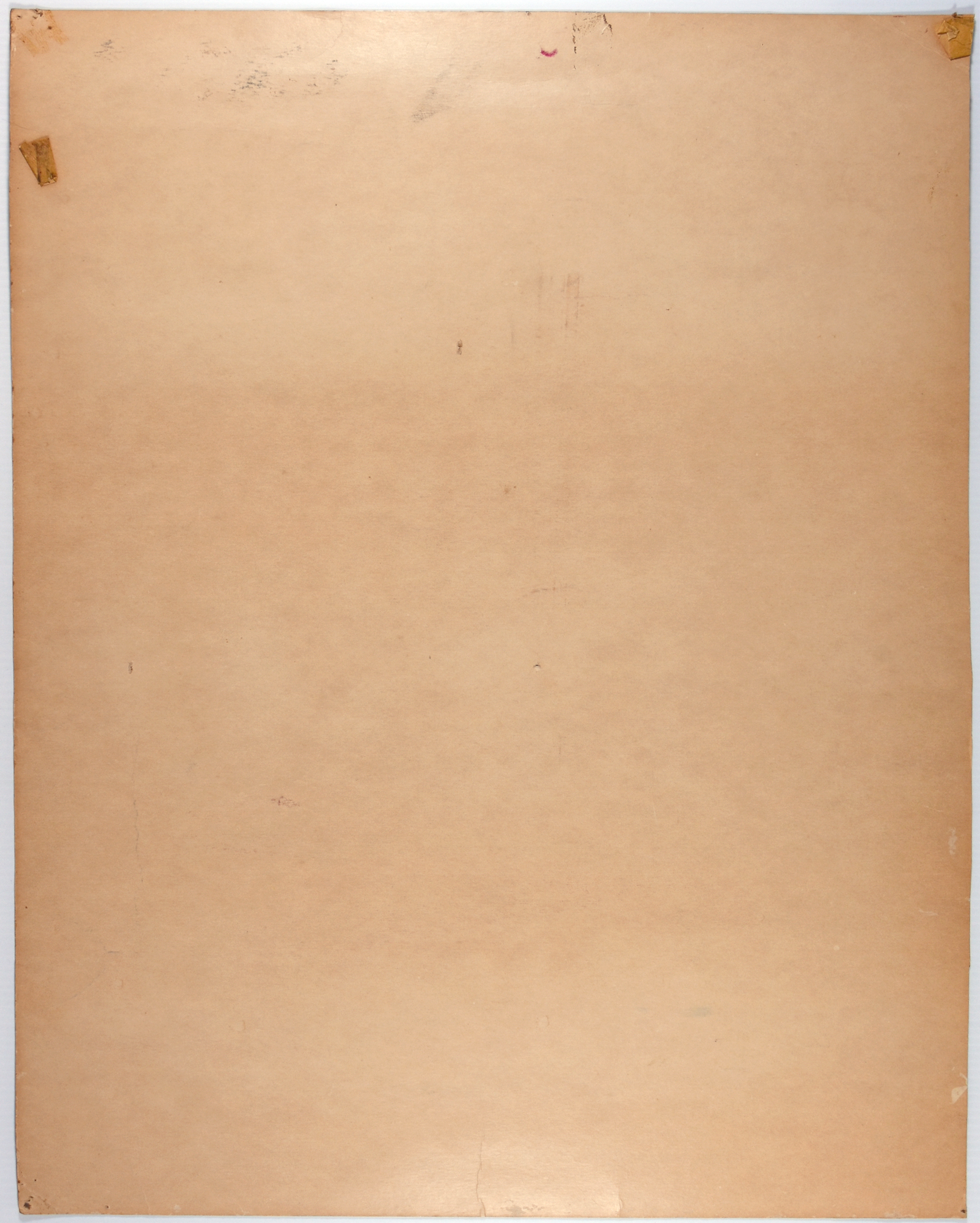 We are excited to offer a very rare opportunity to own what is considered by serious collectors to be amongst the most difficult to find posters from the 1960's. This next to impossible to own GIANT sized original poster is one of very few copies to survive the past 51 years.

This original poster was commissioned by promoter Durwood Settles and was designed by legendary poster artist D.W. Beeghley. Merriweather Post had just opened a year prior during 1967. Settles had come from New York City where he booked pop concerts at venues like Carnegie Hall. He wanted to bring pop acts to Merriweather but wasn’t quite sure how the community of Columbia Maryland would handle it. Details of the show can be found here.

In an interview years later he spoke about how he originally wanted to have Jimi Hendrix be the first rock show at Merriweather but instead he opted to test the waters of the venue with someone a little less shocking. “I booked Tiny Tim first mainly because I didn’t want to overreach ” Settles recalls. “The whole approach was to be genteel about this. I didn’t want to blast the community with hard rockers.” The show was a huge success which then paved the way for Settles to bring The Jimi Hendrix Experience to Merriweather a month later.

All of these unusual steps were taken to create an important work of art that would be considered to be amongst the most beautiful and sought after rock and roll concert posters produced by ANYONE ANYWHERE. Beeghley succeeded in his goal as today 51 years later his posters are wanted and searched for by the world's most advanced collectors.

It's important to note the very few surviving specimens of this poster have traded privately for as much as $45 000 and is much more sought after than ALL of the artist's other works that routinely command well into five figures.

We've had the pleasure to auction 2 other Beeghley posters including a Jimi Hendrix Atlanta Municipal poster from 8/17/68 that realized $27 600 in our auction held August 2018  and a Doors Hitlon Hotel poster from 11/25/67 Washington D.C. that realized $25 200 in February 2019. These tremendous values speak for themselves in regards to the rarity and desirability of these posters.

Despite all this it is UNIVERSALLY RECOGNIZED that the Hendrix Merriweather poster is the RAREST AND MOST DESIRABLE of all of Beeghley's world famous concert posters.

It will be interesting to see what value the market attaches to this Major Museum Rarity. The collectibles world will be watching as advanced collectors fight it out for the right to add this masterpiece to their collection! Bid accordingly as this may be your ONLY CHANCE to acquire this Legendary Classic.

Condition Details - 100% Original with no restoration. Single tackhole in the top and bottom right corners several pinholes in the left corners 3 pinholes in the center of the poster 2 1/2" crease bottom right corner creased left corner 2" crease left edge 2" crease top edge few smaller creases. View the detailed high res photo of this lot. Click on the thumbnail photo to see an enlarged photo. Click a second time on the magnifying glass in the upper right corner of the enlarged photo. A super high res image with every millimeter will now be clearly displayed. For a personalized eyewitness examination call 410-464-6180 11:00 am to 6:00 pm eastern.