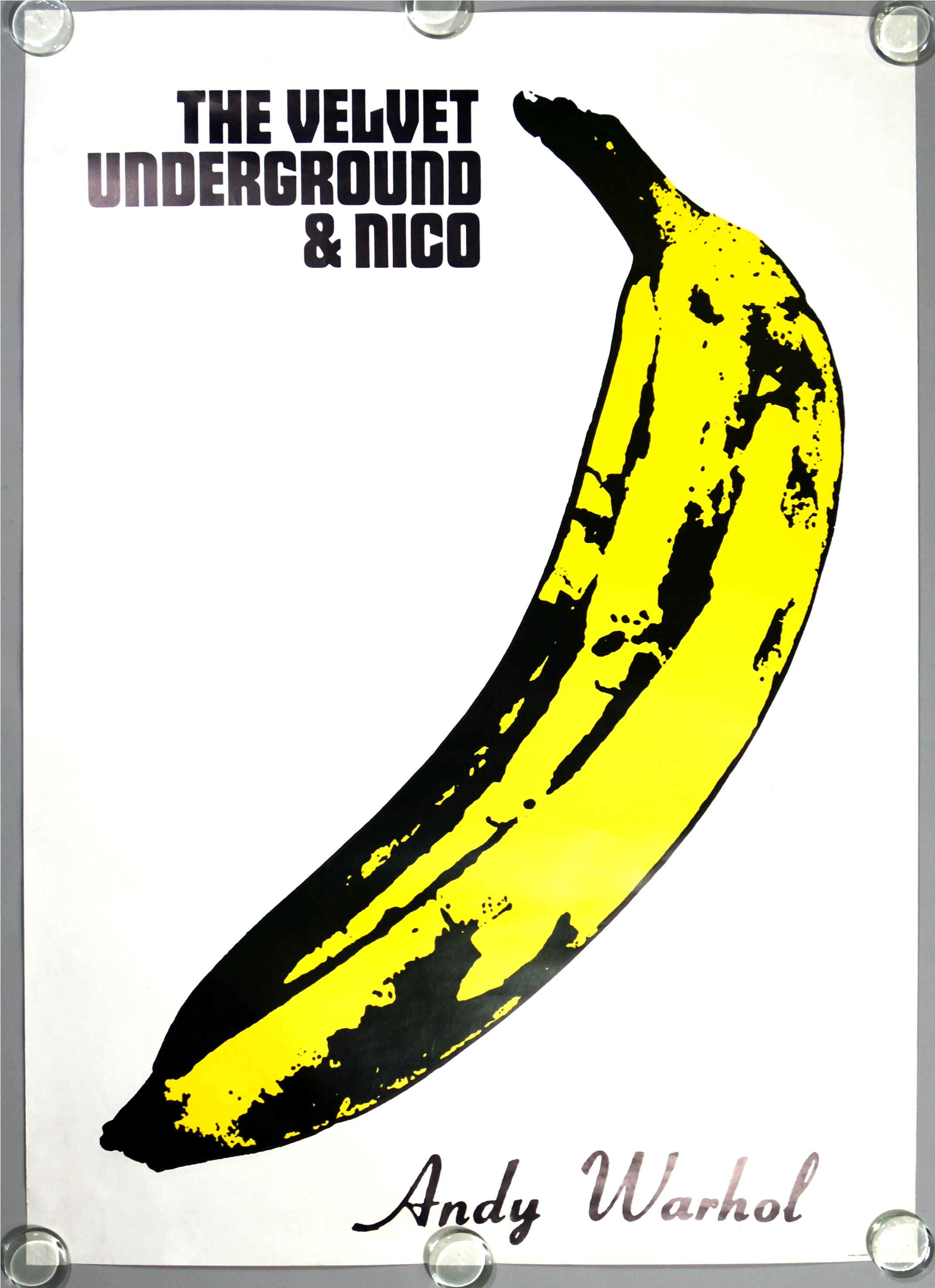 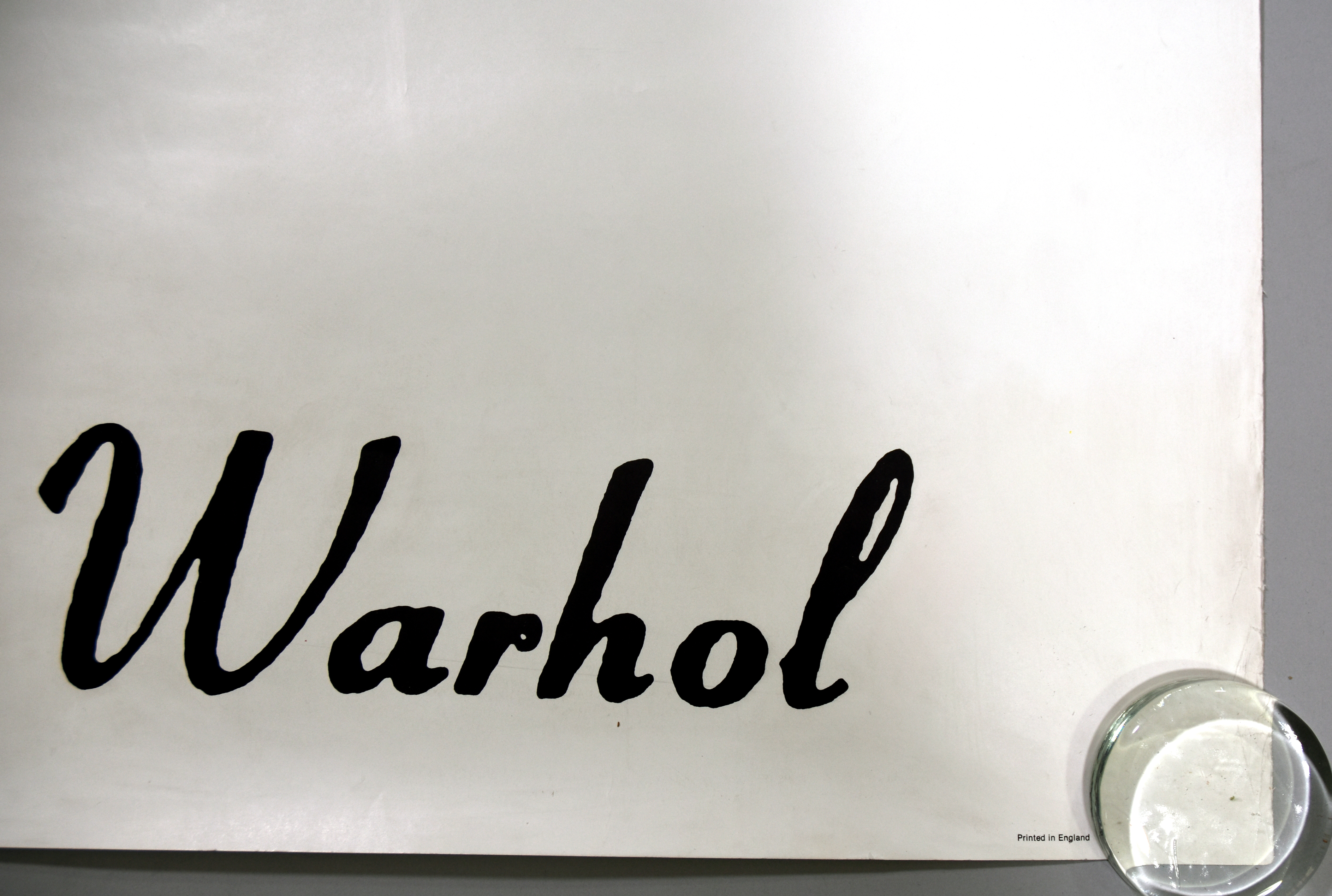 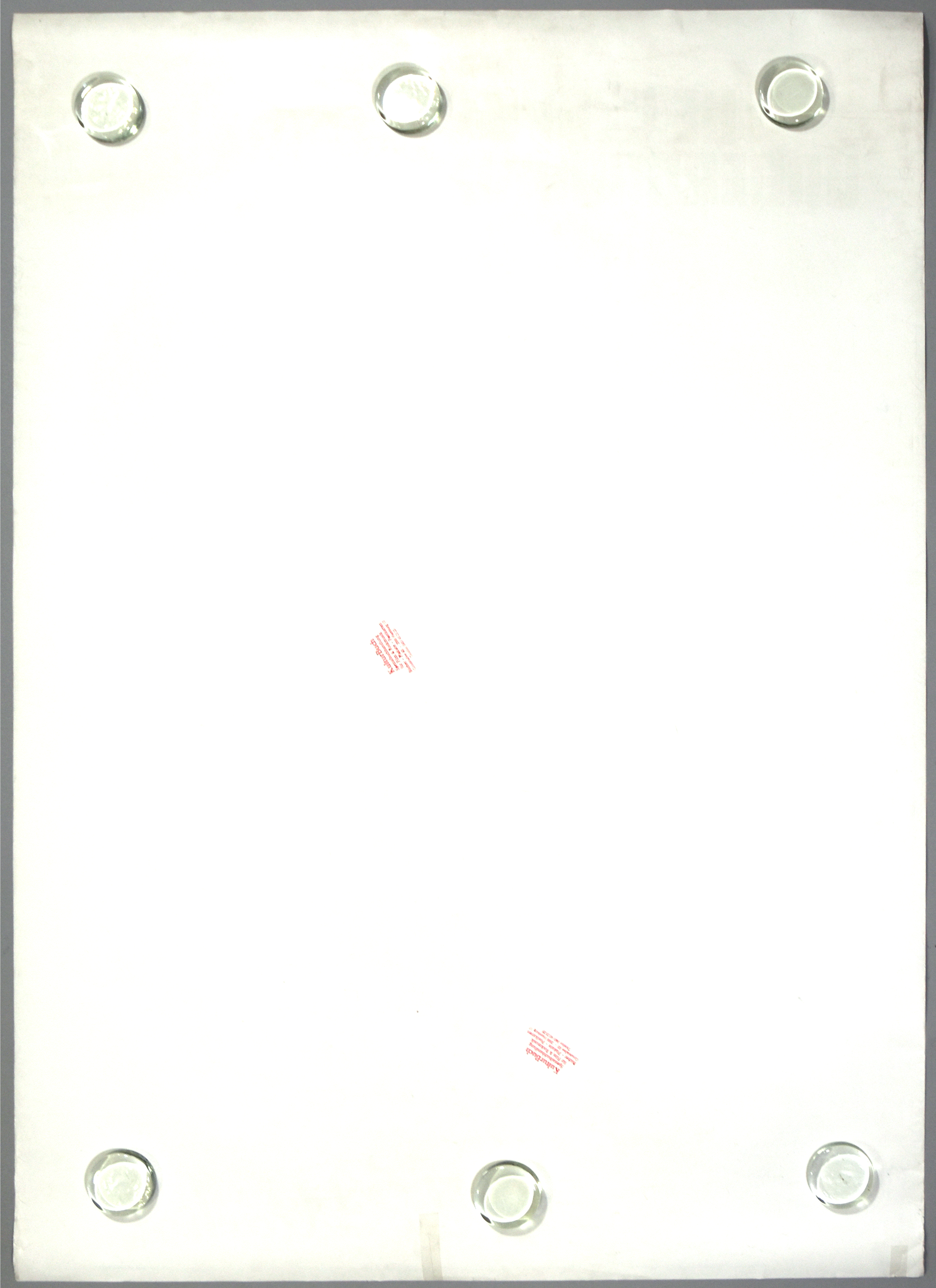 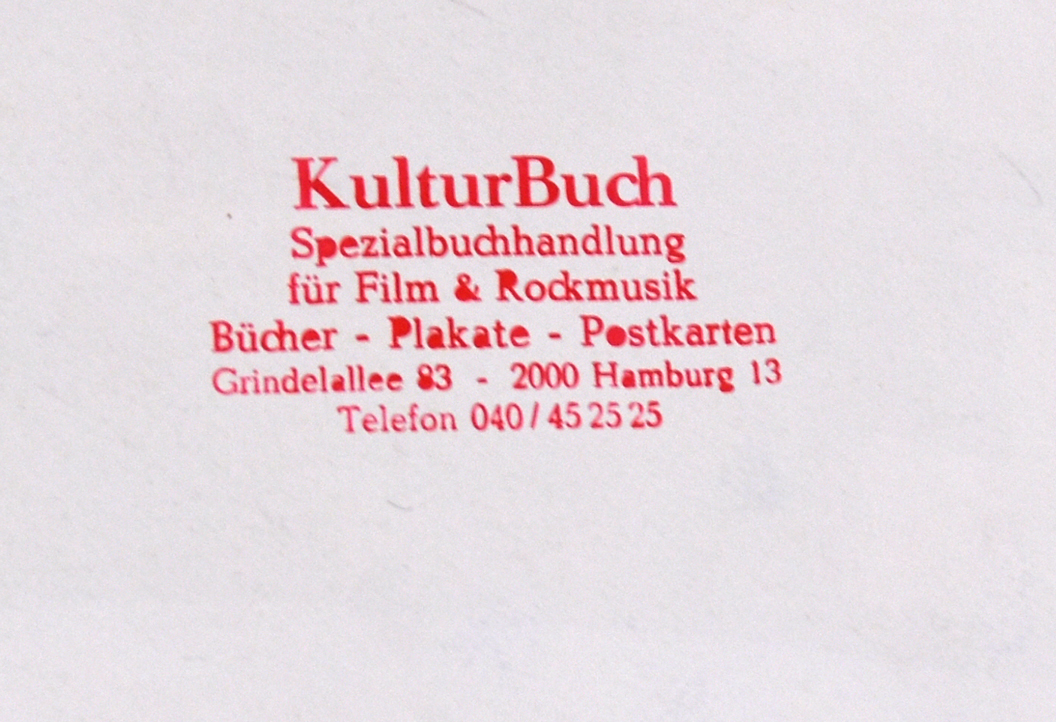 This HUGE 38” x 54” sized poster exhibits the Velvet Underground & Nico album featuring cover artwork by Andy Warhol. This example was printed during the 70's in England and exhibits German Stamps on the reverse of the poster. In another public auction a restored example of this issue in similar condition sold previously for $1 650.83.

The 1967 album was the first Velvet Underground record ever released and recorded in late 1966 while the band was featured on Andy Warhol's Exploding Plastic Inevitable tour. Warhol also played a major role in the album's production as well as paying for some of the studio recording sessions. This extra large poster is a great tribute to that amazing record.

Condition Details - 100% Original with no restoration. Stamps on reverse. 2” tear bottom edge taped from behind bottom right soft edge 14” light crease running horizontally near center minor edgewear. View the detailed high res photo of this lot. Click on the thumbnail photo to see an enlarged photo. Click a second time on the magnifying glass in the upper right corner of the enlarged photo. A super high res image with every millimeter will now be clearly displayed. For a personalized eyewitness examination call 410-464-6180 11:00 am to 6:00pm eastern.

Note: This oversized poster will be rolled and shipped without our standard archival holder. Shipping will be calculated accordingly.