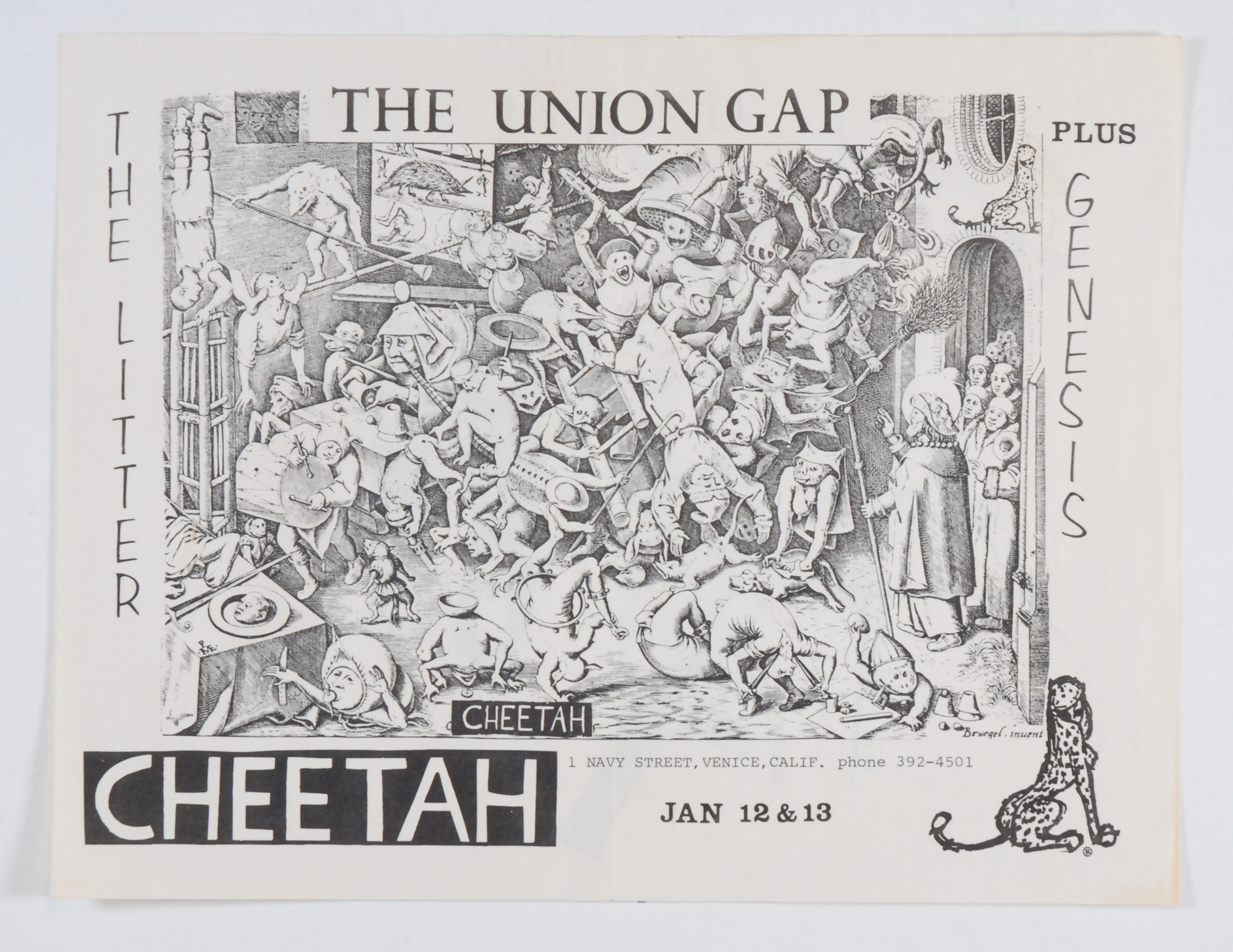 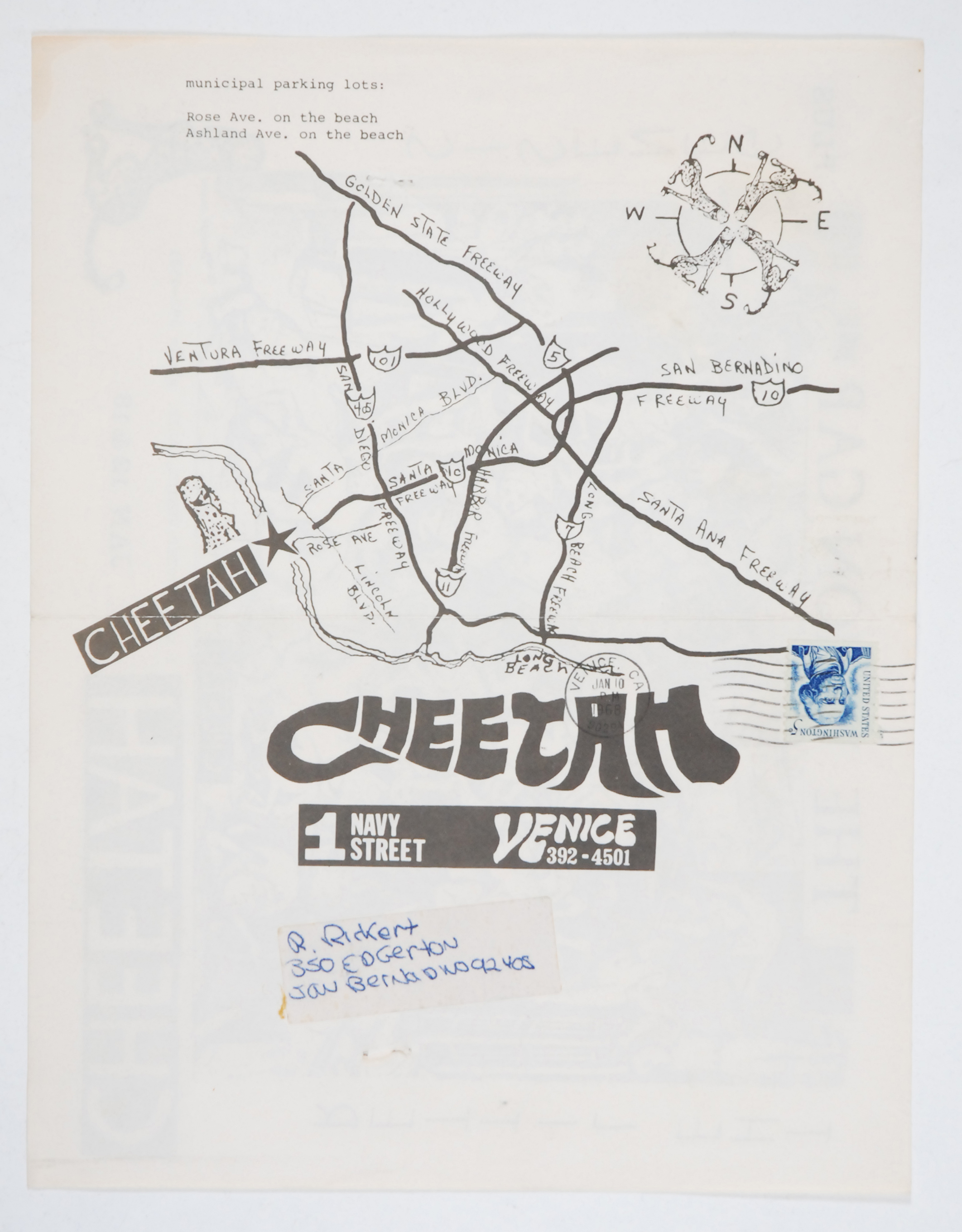 A first printing handbill mailer from January 1968 still with the original stamp and postmark on the reverse side! It is also the first time we've offered this super rare pre-concert Cheetah Club issue in our auction! These were folded and mailed out to everyone on the venue's mailing list!

This lineup included Genesis (not Gabriel and Collins' band of the same name) and more importantly psychedelic pioneers The Litter and The Union Gap. The new sound of these two relatively unknown bands incorporated heavy underground rock - fuzz guitars speedy drums and tight bass lines influenced by what The Beatles were doing with songs like Harrison's "Taxman". Union Gap fronted by Gary Puckett often wore costumes based on the Union Army uniforms worn during the Civil War while they performed. Their debut hit single "Woman Woman" was released by Columbia records six months prior to this concert.

The historic Cheetah Club was one of the hottest places to play if you were an up & coming band in the late sixties. Frank Zappa discovered the “Alice Cooper Band” there in 1967 and signed them to his label. Janis Joplin Buffalo Springfield and Pink Floyd also performed there. Original Pre-Concert First Printing material from the Cheetah is extremely difficult to locate so this lot represents a special opportunity!

Condition Details - 100% Original with no restoration. Mailer folded in quarters staple hole that held it together addressed on reverse handling a few edge dings. View the detailed high res photo of this lot. Click on the thumbnail photo to see an enlarged photo. Click a second time on the magnifying glass in the upper right corner of the enlarged photo. A super high res image with every millimeter will now be clearly displayed. For a personalized eyewitness examination call 410-464-6180 11:00 am to 6:00pm eastern.