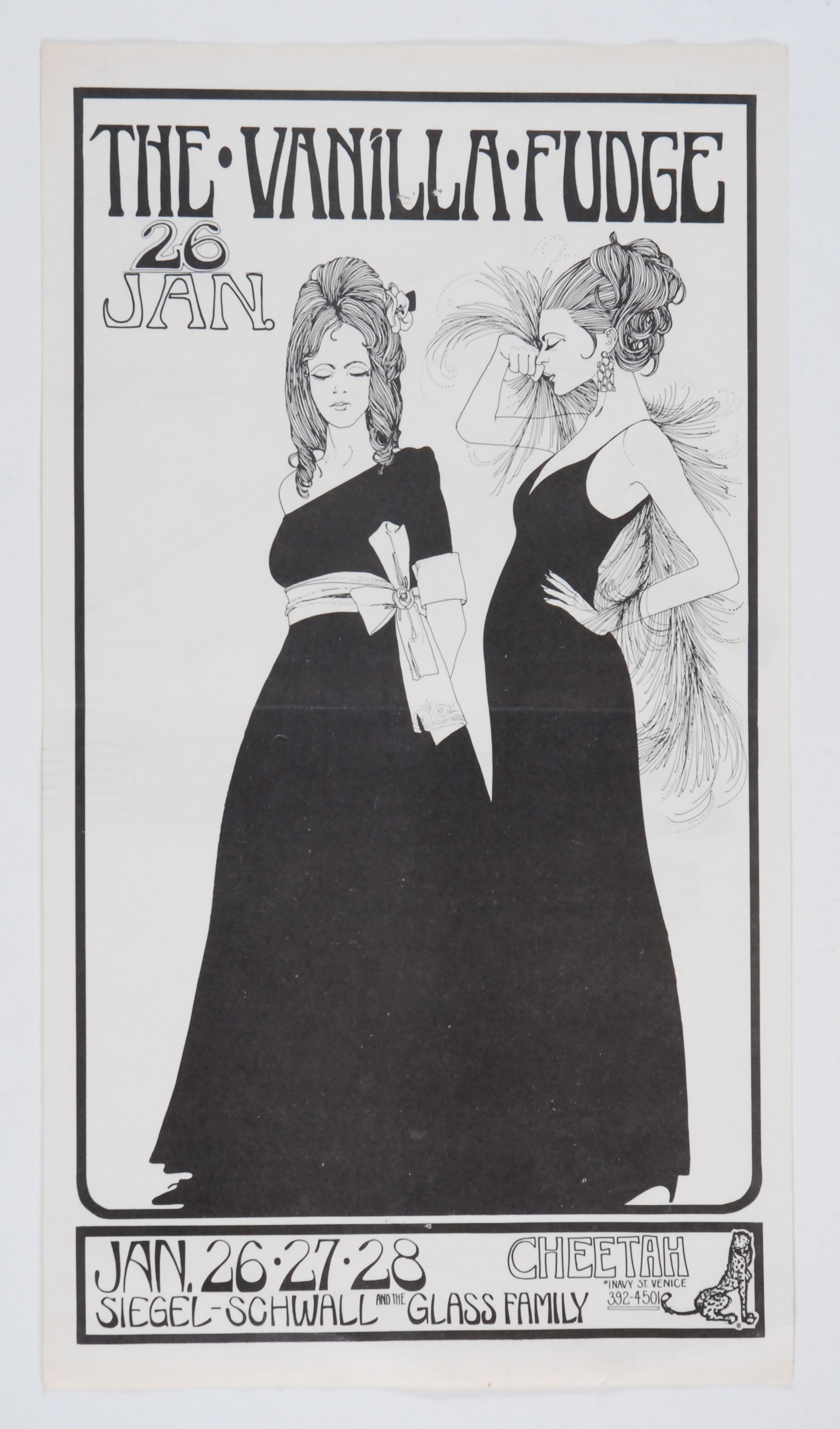 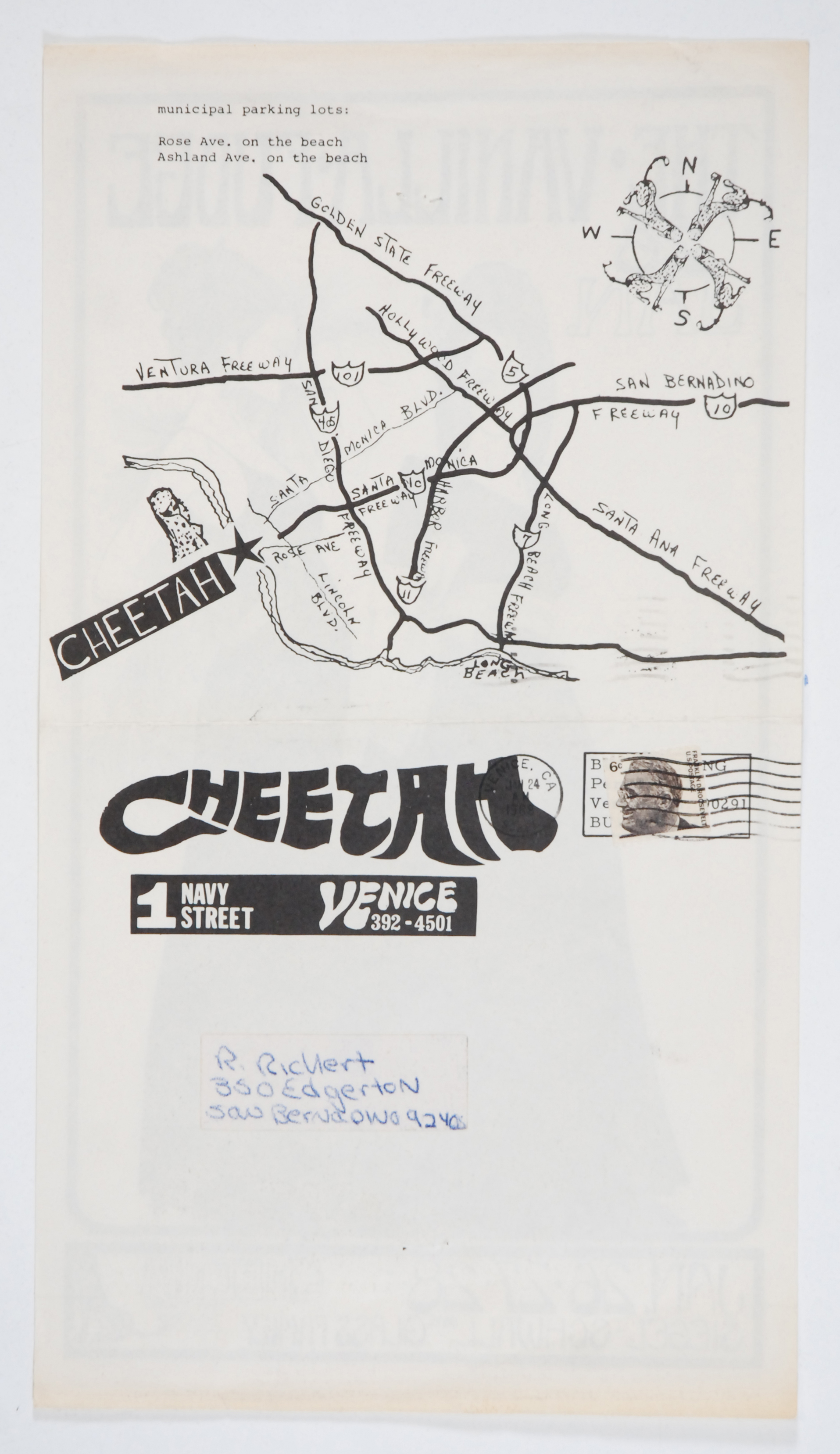 We are proud to offer this super rare Original Cheetah Club Handbill for the FIRST TIME in our auction! This first printing handbill from January 1969 was designed by renowned artist Bob Masse and this example is stamped and postmarked on the reverse side (see second photo)!

Bob Masse is one of rock's most seasoned and prolific poster artists. He is perhaps best known in the collecting world for his design of the July 1967 Grateful Dead concert at Vancouver’s Agradome. His work has been hunted by collectors for decades and remains one of the most celebrated artists of the era.

This double sided handbill features Long Island's early psych band Vanilla Fudge. The group's original members recorded five albums together between 1967–69 before disbanding. When Led Zeppelin first toured the United States in early 1969 they opened for the Vanilla Fudge at some of their shows.

The historic Cheetah Club was one of the hottest places to play if you were an up & coming band in the late sixties. Frank Zappa discovered the “Alice Cooper Band” there in 1967 and signed them to his label. Janis Joplin Buffalo Springfield and Pink Floyd also performed there. Original Pre-Concert First Printing material from the Cheetah is extremely difficult to locate so this lot represents a special opportunity!

Condition Details - 100% Original with no restoration. Mailer folded in quarters staple hole that held it together addressed on reverse creases handling toning around edges. View the detailed high res photo of this lot. Click on the thumbnail photo to see an enlarged photo. Click a second time on the magnifying glass in the upper right corner of the enlarged photo. A super high res image with every millimeter will now be clearly displayed. For a personalized eyewitness examination call 410-464-6180 11:00 am to 6:00pm eastern.