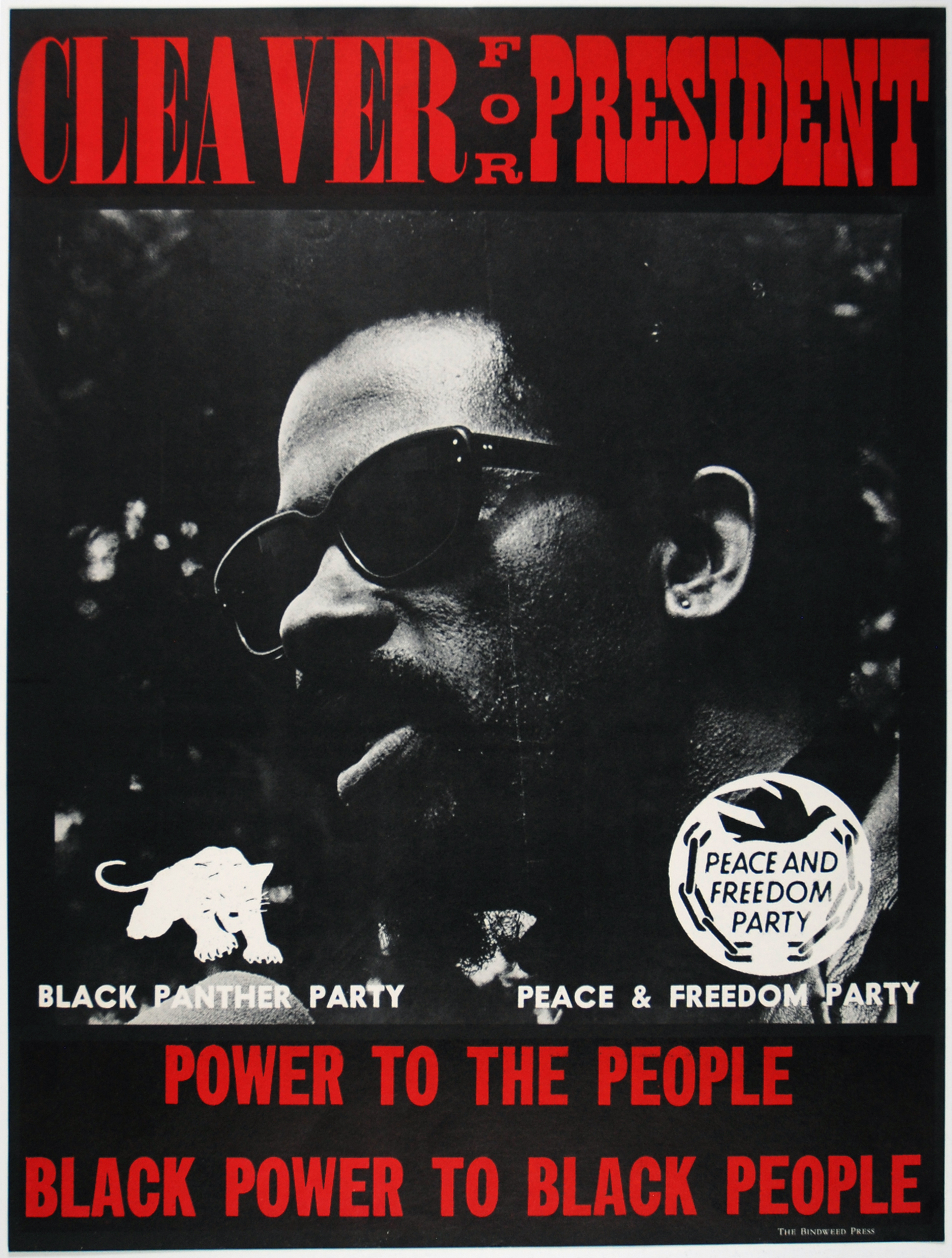 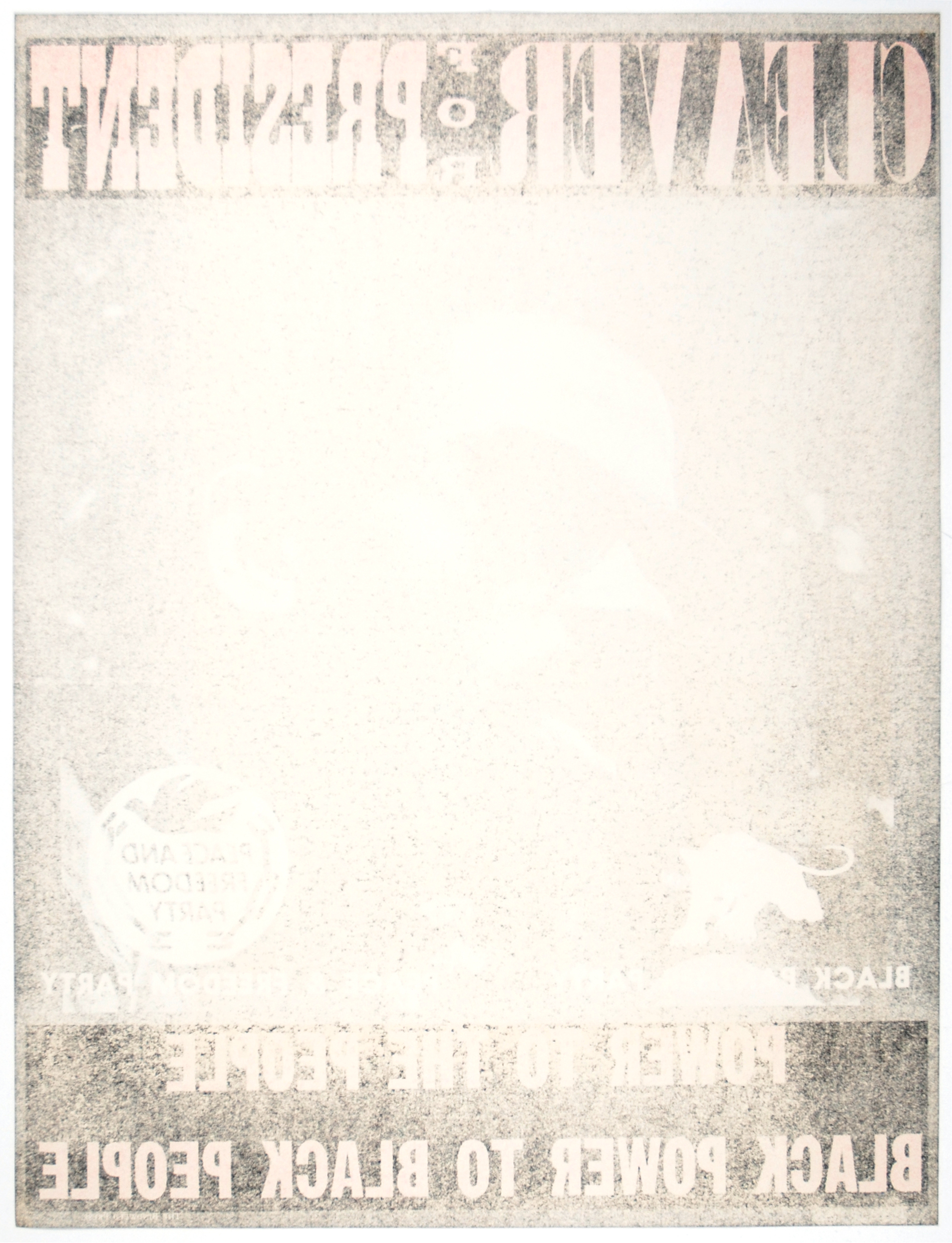 This poster belonged to Frank Westlake owner of the legendary Bindweed Press in San Francisco! Incredible Superb Museum Quality Condition! This original poster promotes Eldridge Cleaver as Candidate for President in early 1968. He ran for office from the promoter of this poster: "The Peace and Freedom Party" printed by Bindweed Press in San Francisco. We have NEVER auctioned this historic poster before until RIGHT NOW!

The Black Panthers party was founded in 1966 by Huey Newton and Bobby Seale. The Panthers were revolutionary advocates of racial equality and their mission was to protect minority communities against the established racist political agendas of the day. Writer and political activist Eldridge Cleaver became a prominent member of the Black Panthers along with his wife Kathleen having the titles Minister of Information and Head of the International Section of the Panthers.

Eldridge Cleaver was a Presidential Candidate in 1968 on the ticket of the Peace and Freedom Party. Having been born on August 31 1935 Cleaver would not have met the required 35 years of age to be President of the United States until more than a year after Inauguration Day 1969.

On April 6 1968 two days after of the assassination of Dr. Martin Luther King there were riots across the country. Cleaver and 14 other Black Panther members were involved in an ambush by Oakland police officers and two officers were shot & wounded. Cleaver was also wounded during the ambush. Charged with attempted murder after the incident he jumped bail and fled to Cuba in late 1968 and then traveled to Algeria in exile. This original poster is a direct link to the historically important civil rights movement in America during this era.

Condition Details - Superb Museum Quality with no visible flaws of any kind. No nicks cuts tears or pinholes! 100% Original with no restoration.