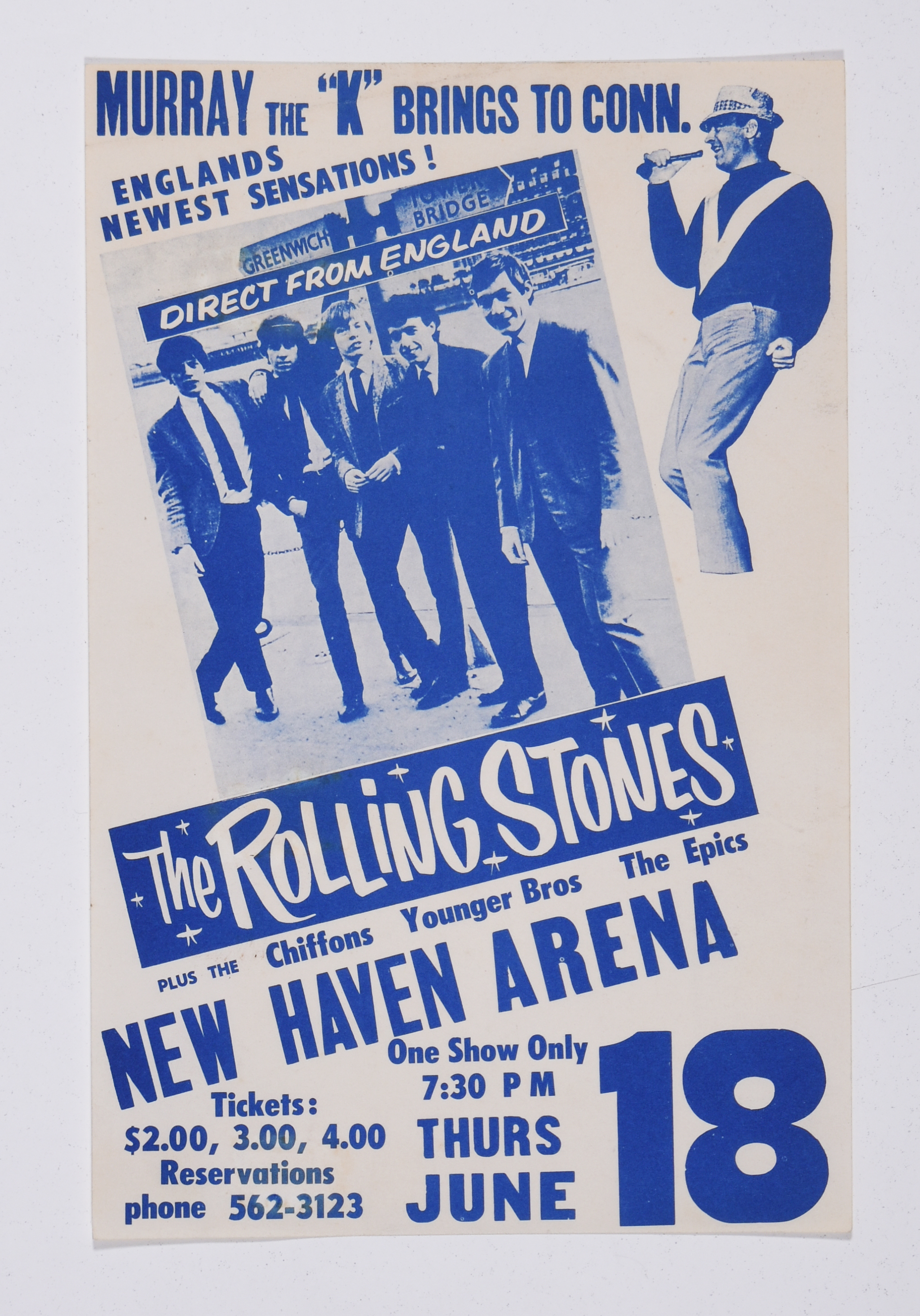 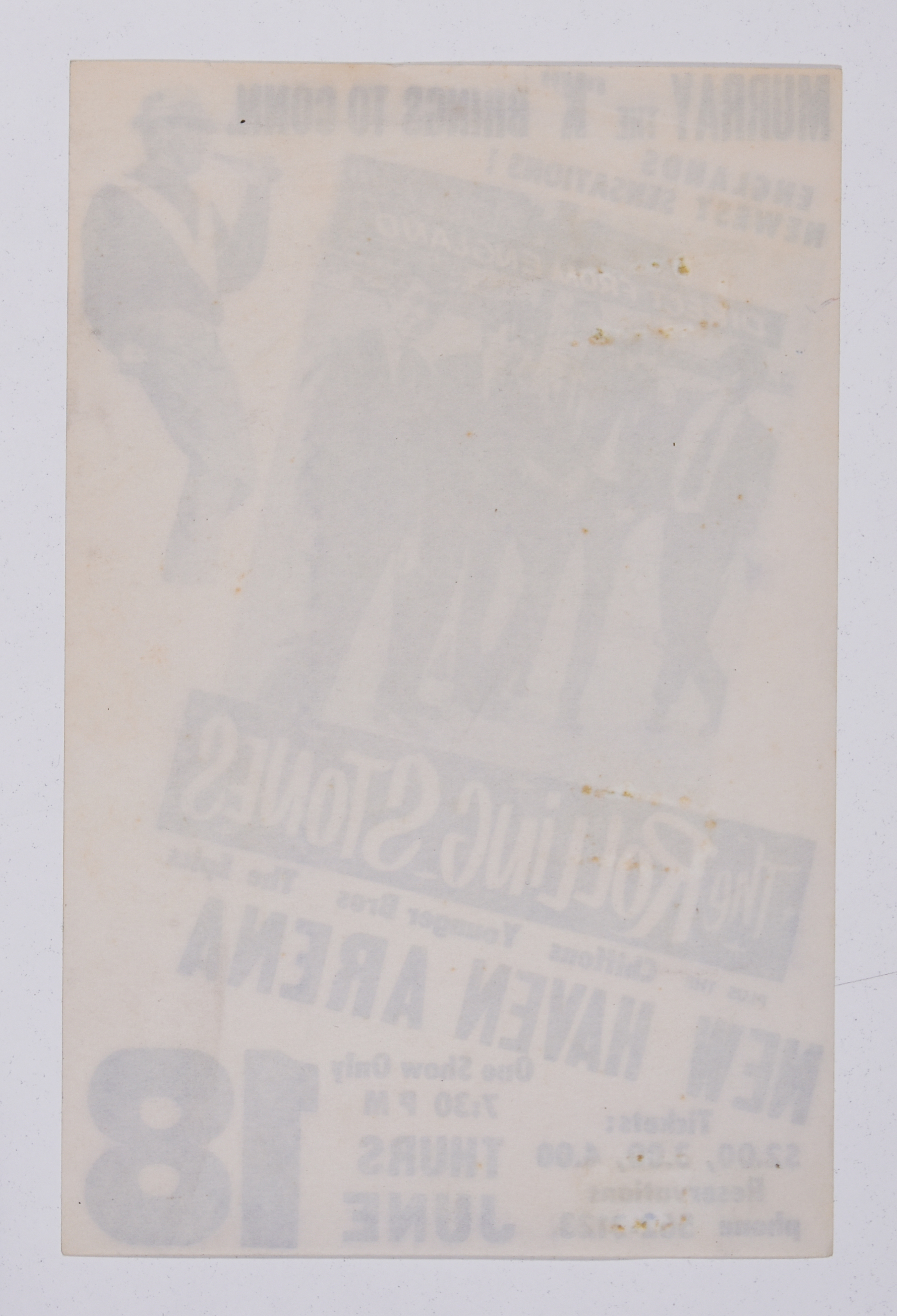 This is the FIRST TIME we’ve offered this rare specimen in our auction and best of all it's in AMAZING MUSEUM QUALITY Condition! This super early Original Handbill was produced for The Rolling Stones to perform at New Haven Arena on Thurday June 18 1964. The concert was canceled due to low ticket sales and overall lack of interest which -- in hindsight is ridiculous now! Even with promoter / DJ Murray the K's sponsorship the group skipped this date and remained in Pennsylvania instead performing in Pittsburgh the 17th and in Harrisburg on the 19th.

The concert would have been the eighth stop on the Rolling Stones FIRST US tour. Visiting the United States in 1964 was a big deal for the Stones and had a lasting impact on the start of their career. They recorded for two days at Chess Studios in Chicago. While there they met many of their most important influences including Muddy Waters. Those Chess sessions included their cover version of Bobby and Shirley Womack's "It's All Over Now" which would become their first No. 1 hit in the UK. By the end of the year the Jagger/Richards original "Heart of Stone" with "What a Shame" as the B-side single went to No. 19 on the US charts.

It’s hard to believe this old 1964 treasure has survived in such great condition all these years. We don’t often see them surface in pleasing shape like the one exhibited here. This piece is in a different universe in regards to both quality and desirability when compared to most Stones relics from this era. Museum quality condition with only light toning and light foxing holding it back from absolute perfection. No nicks cuts tears or pinholes of any kind. Handbills are red hot! Read our Blog dated 5/18/18 to learn more!

Condition Details - Museum Quality with no nicks cuts tears or pinholes! 100% Original with no restoration. Light toning some foxing.