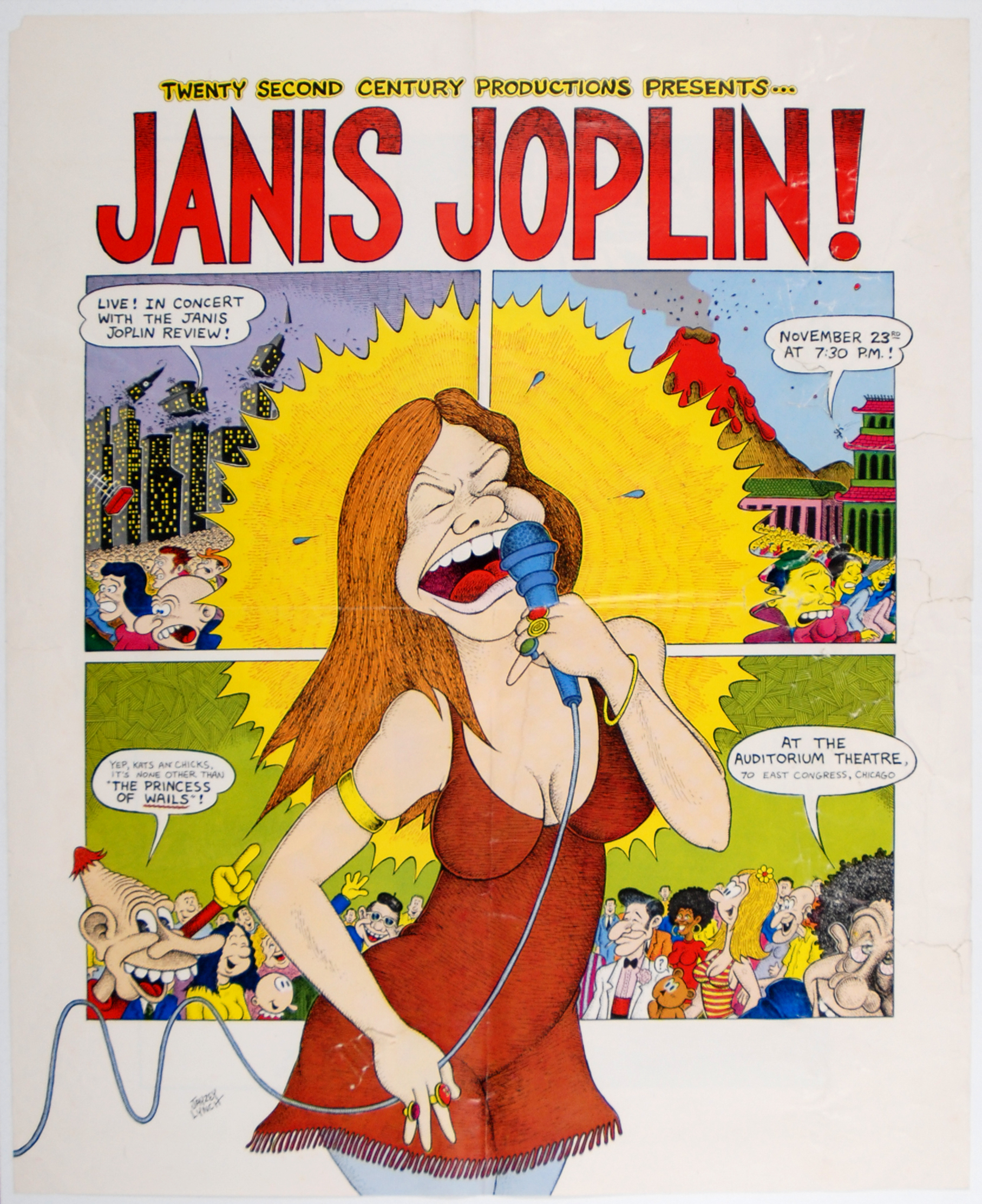 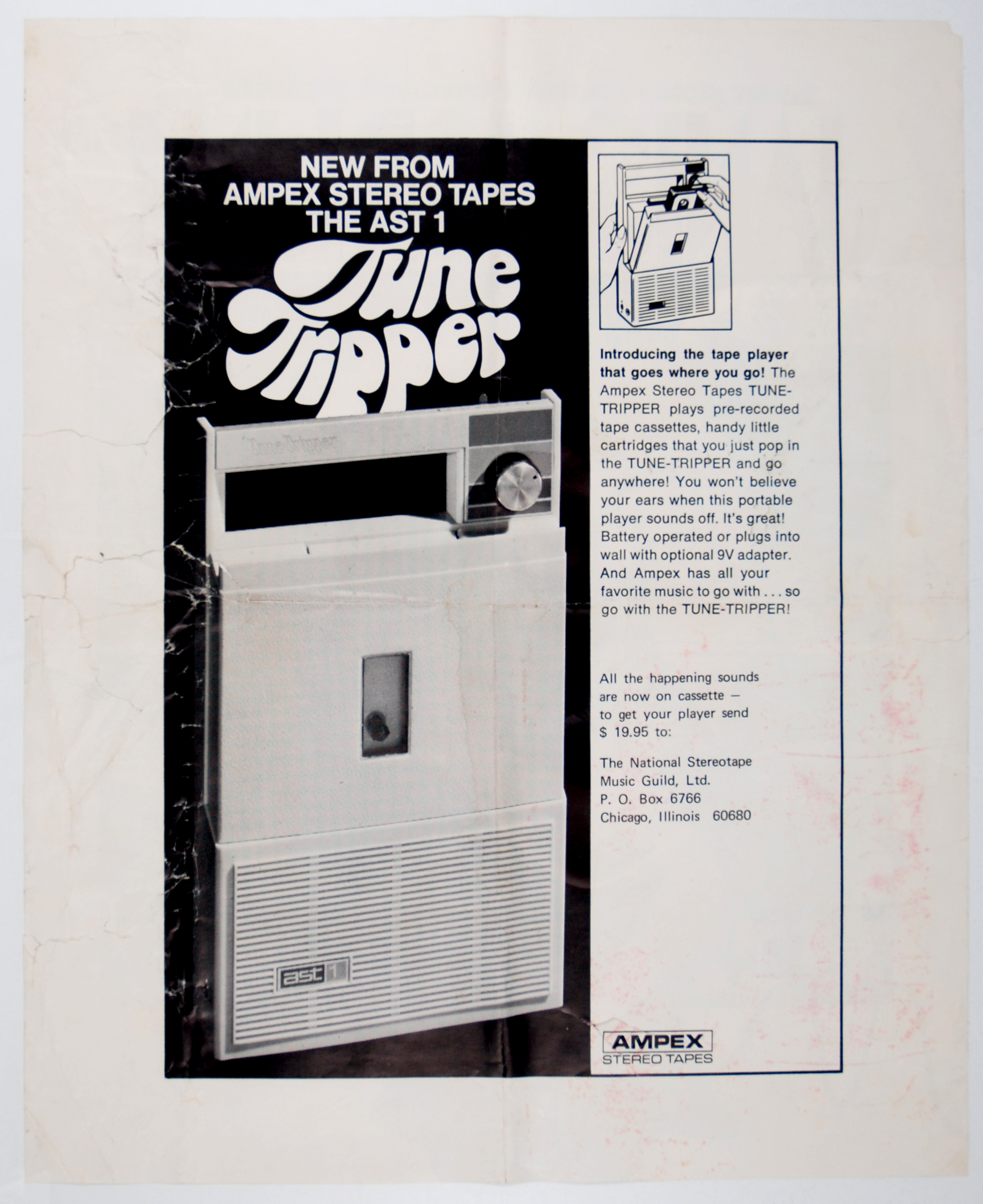 This delightful Janis Joplin poster was one of the few contributions to the concert poster universe by one of the greatest illustrators of the 20th century Jay Lynch. Jay was one of the great American satirists. He was perhaps best known for his contribution to the underground comix movement of the 1960’s but the scope and influence of his work reached far beyond that. Jay Lynch was a colleague of the more famous R. Crumb and collaborated with Crumb when he was editor of the underground comix series Bijou Funnies.

Lynch did a huge amount of work for the Topps trading card company. He was the creative force behind the Wacky Packages and Garbage Pail Kids sticker series. At Topps he worked closely with other top cartoonists like Art Speigelman Kim Dietch Drew Friedman & John Pound. His mainstream work also included contributions to Mad and Playboy Magazine as well as countless underground papers and humor publications.

This Janis Joplin concert took place in Jay Lynch's hometown of Chicago and he added some of his off-beat comix characters to the design as well. At the time of the concert Janis had broken away from Big Brother & The Holding Company and was now leading her “Kosmic Blues Band” with a new album just released.

Most of these Janis Joplin Chicago Auditorium posters were printed on the back of Ampex stereo tape advertisements and were folded and distributed at Laundromats 7-11s and other locations. This example exhibits relatively common attributes found in most specimens of this issue that have surfaced -- tears creasing handling paperloss top left. The good news in there is no major paperloss present so the poster is entirely repairable. A special opportunity for collectors to finally own this poster without paying the sky high dollars an ultra rare mint example would command. We auctioned a signed pristine "Mint 97" graded example for $7475 last year.

Condition Details - 100% Original with no restoration. Several large tears creasing handling paperloss top left. No major paperloss present so the poster is entirely repairable. View the detailed high res photo of this lot. Click on the thumbnail photo to see an enlarged photo. Click a second time on the magnifying glass in the upper right corner of the enlarged photo. A super high res image with every millimeter will now be clearly displayed. For a personalized eyewitness examination call 410-464-6180 11:00 am to 6:00pm eastern.