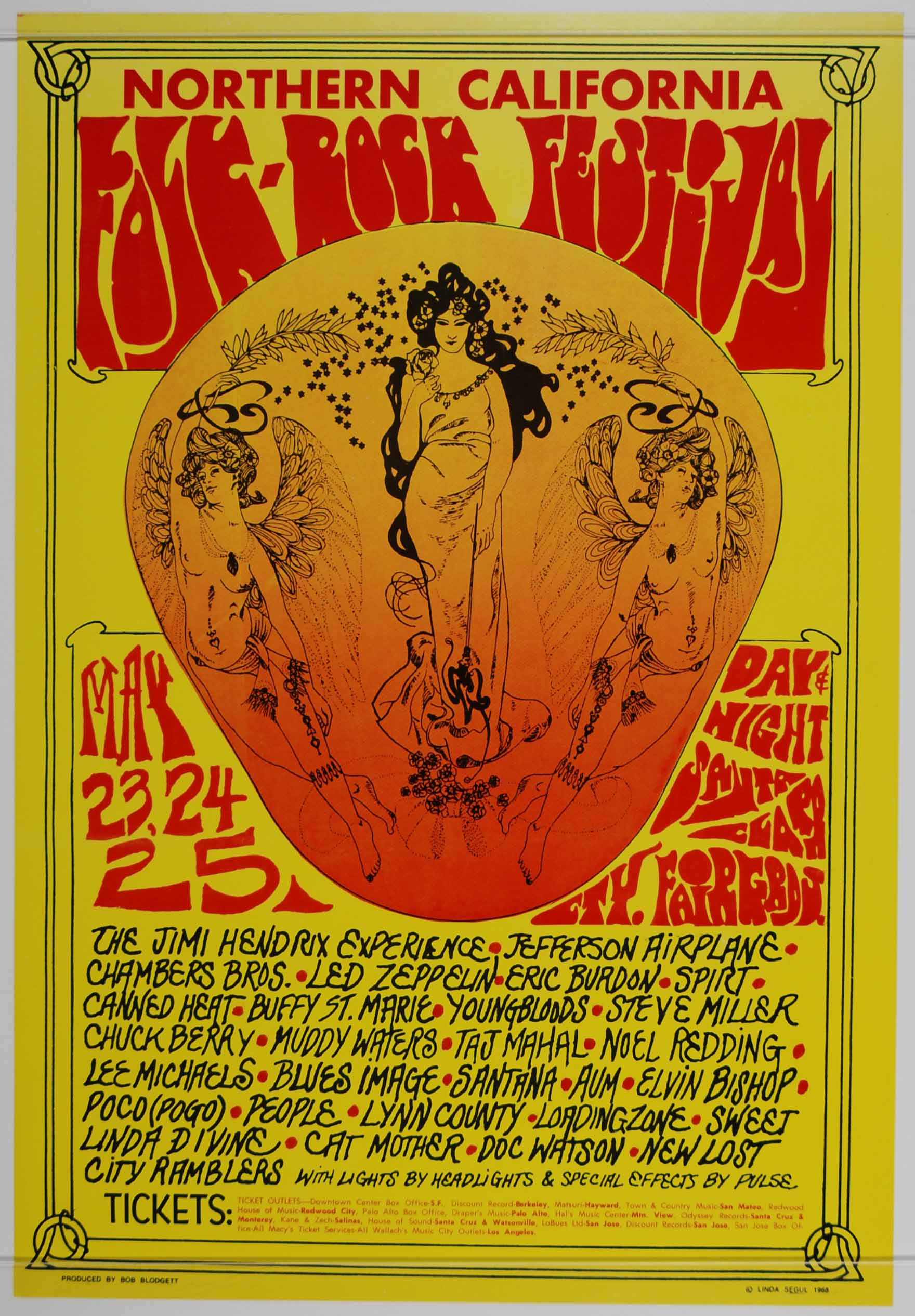 This poster from May of 1969 announced a three-day festival to be held at the Santa Clara fairgrounds in San Jose California. This event featured a powerhouse performance by Jimi Hendrix. Led Zeppelin was billed but did not play. Also in attendance were several legendary performers such as Chuck Berry Muddy Waters and Doc Watson.

The image is an illustration by Linda C. Gull that was used for several festival posters in the sixties. This example is in superb museum quality condition with no tears or pinholes! Examples in similar condition have reached around $600 in some of our previous auctions.

Condition Details - Superb Museum Quality with no tears or pinholes. 100% Original with no restoration.