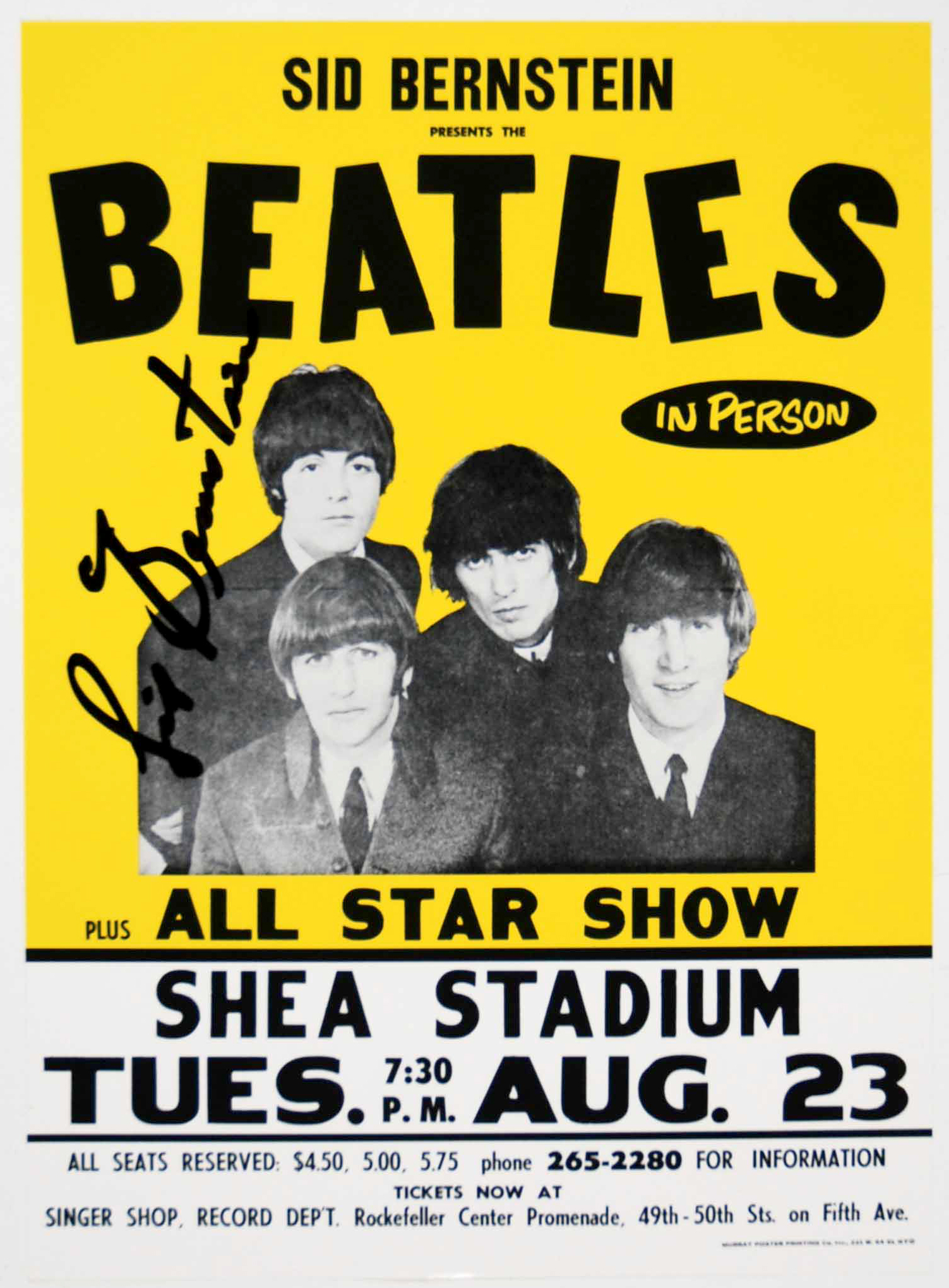 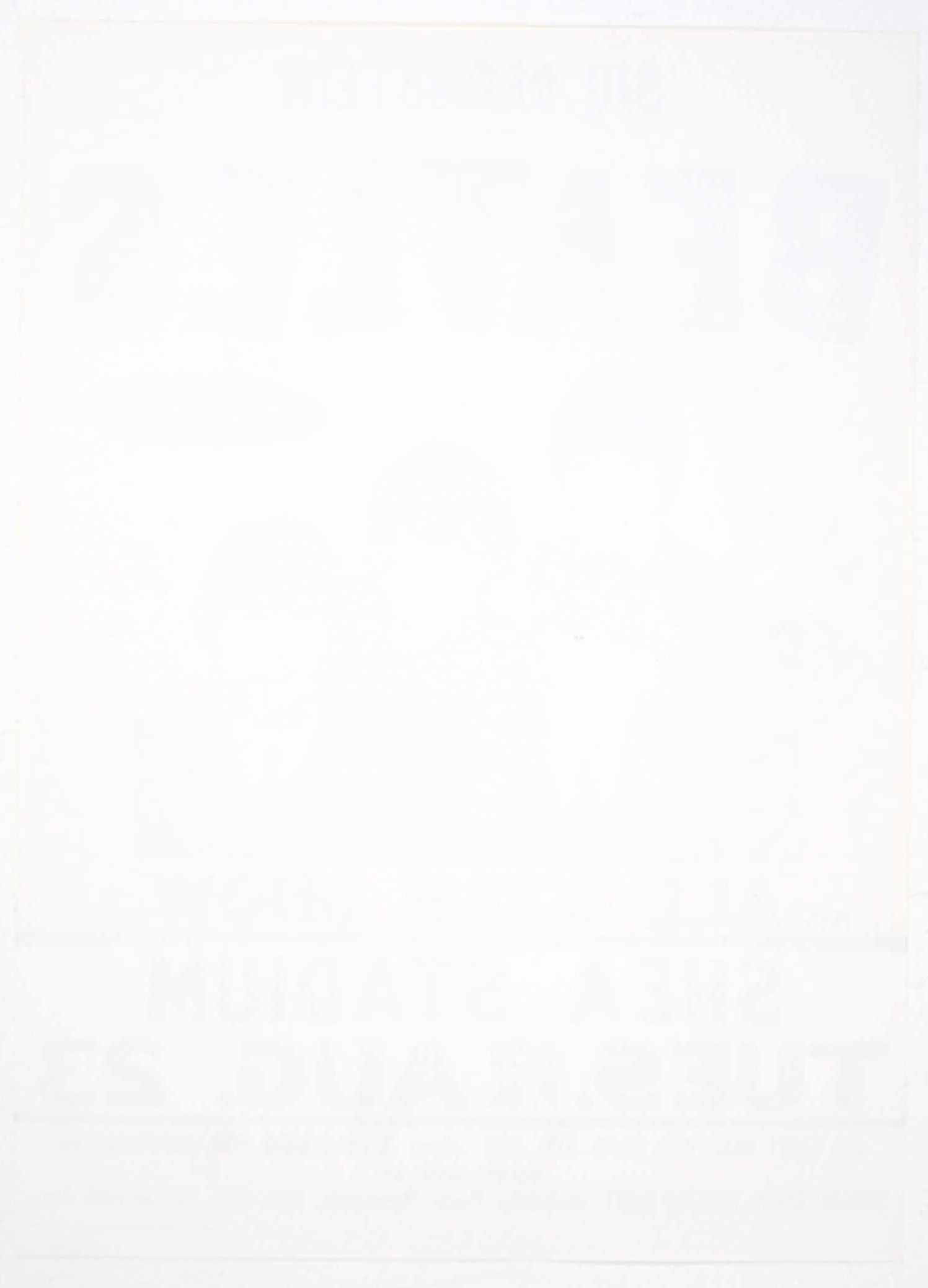 This Beatles handbill is signed in ink by the concert promoter Sid Bernstein!

When it comes to music memorabilia most experts agree that there is The Beatles...and then everyone else. This SIGNED original concert handbill was produced for the Beatles performance at Shea Stadium on August 23 1966.

The Beatles appearance at Shea in '66 was part of the historic bands’ last tour. They had also performed at Shea a year earlier on August 15 1965. The Beatles touring experiences in 1966 were becoming increasingly stressful for the group. They were growing frustrated with live performance in general. This was due to the fact that neither they nor their audience could hear them play due to the high volume screams of their hysterical fan base.

This concert was held just three weeks after the release of “Revolver” and it was clear that the band was taking an exciting new direction with their recordings. The band would give up live performing and focus solely on the studio which adds further historical significance to this Shea Stadium concert being one of the last.

Shea stadium had opened its doors just two years earlier to coincide with the 1964 Worlds Fair. It would be the home of the New York Jets until 1983 and the New York Mets through 2008 when the landmark structure was demolished.

The poster for this 1966 show is extremely scarce with only a handful of known copies. It is one of the most valuable concert posters of all time and has sold in the high five figure range. This Original Handbill offers an opportunity to own this classic piece of memorabilia for less than the poster would command!

Best of all it's SIGNED by the legendary concert promoter Sid Bernstein! Read our blog dated 1/20/18 where we discuss the skyrocketing demand for signed material such as this lot.

Condition Details - Museum Quality with no visible flaws of any kind. No nicks cuts tears or pinholes! 100% Original with no restoration. Light handling. View the detailed high res photo of this lot. Click on the thumbnail photo to see an enlarged photo. Click a second time on the magnifying glass in the upper right corner of the enlarged photo. A super high res image with every millimeter will now be clearly displayed. For a personalized eyewitness examination call 410-464-6180 11:00 am to 6:00pm eastern.