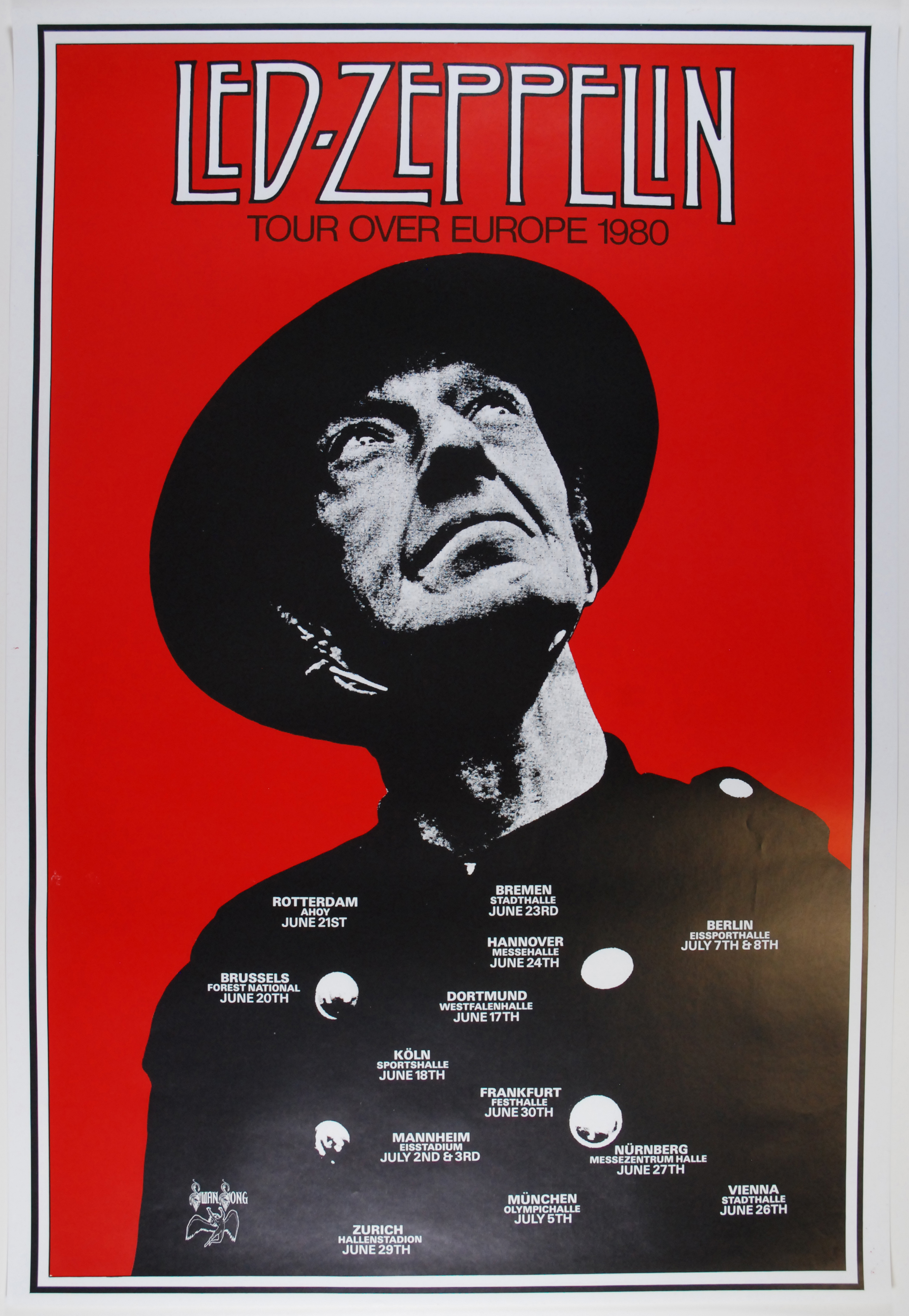 There have been several reprints of this Led Zeppelin issue in circulation over the years but we are happy to announce this example here has been identified as an Original First Printing. The Tour Over Europe was the groups last tour with all 4 original members until their drummer’s untimely death. The final full-length concert Led Zeppelin played until 2007 was on July 7 1980. This poster lists a second concert at Berlin on July 8th but that show was cancelled due to John Bonham’s collapse during the 3rd song of the night prior. Due to their high status in the history of Rock and Roll Led Zeppelin material demands some of the highest values of all! Superb Museum Quality that is unimprovable in every way!

Condition Details - Superb Museum Quality that is unimprovable in every way. Of course there are no nicks cuts tears or pinholes! 100% Original with no restoration.