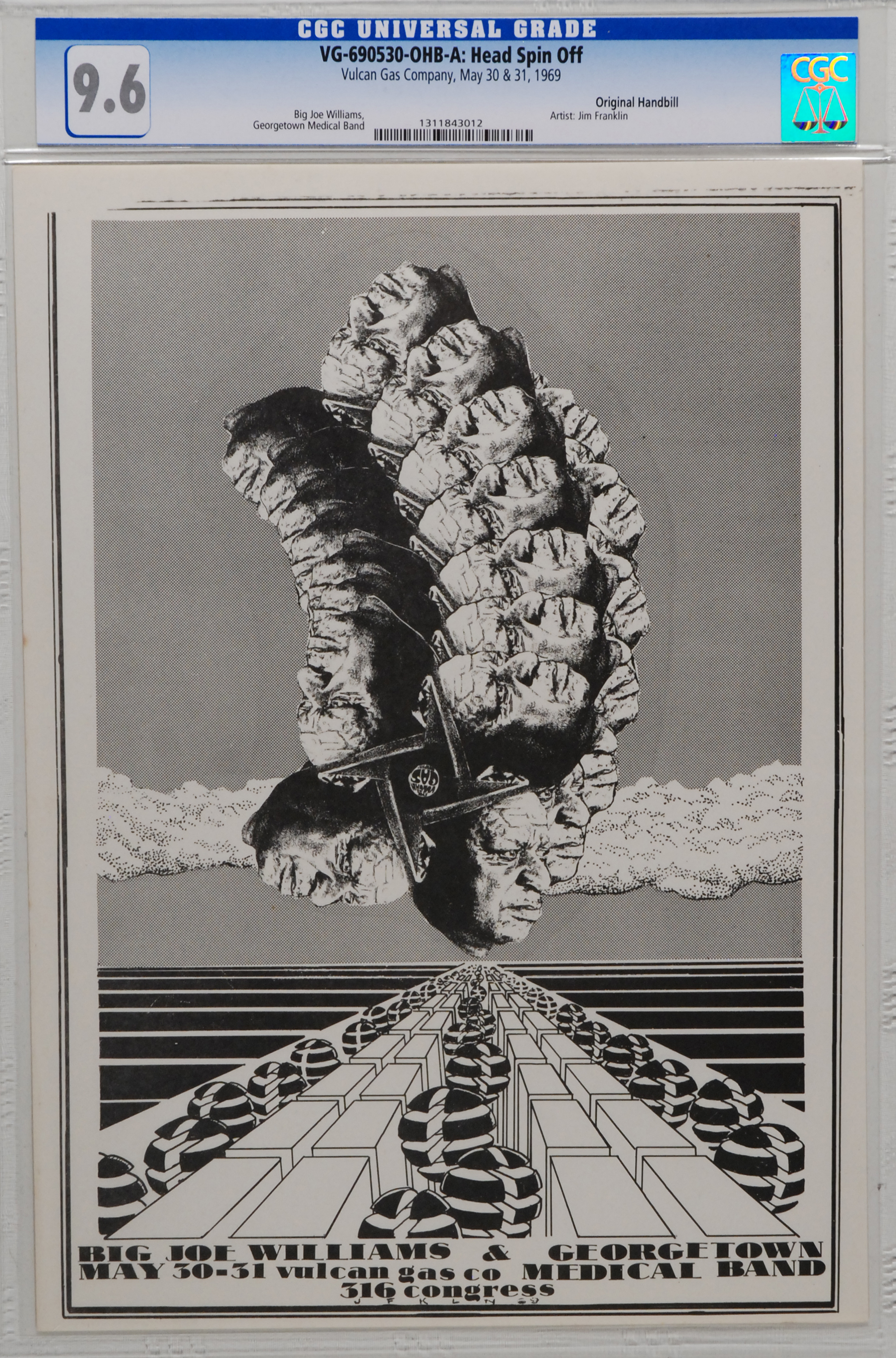 This is the first CGC graded example of this original Vulcan Gas Company handbill to appear in our auction! During the 1960’s a small group of students began promoting psychedelic rock and blues concerts in the Austin area. They were originally known as the Electric Grandmother and later became the Vulcan Gas Company. Eventually they opened a venue under the same name. It was mostly a room for regional Texas artists and not frequented by the larger national touring acts of the day however from time to time the more well-known bands would perform there. Posters and handbills from the Vulcan can be difficult to find these days in ANY condition. In many ways Austin local authorities were not prepared to have a bubbling psychedelic nightclub in the heart of the city in the late sixties. High school students at local schools were often expelled for distributing the handbills for these shows and local newspapers refused to run ads for any of the concerts. Pristine material from the Vulcan is scarce. NOW is the time to pick up these relics before they evaporate from public sale!

Condition Details- Superb Museum Quality with no visible flaws of any kind. There are no nicks cuts tears or pinholes. 100% Original with no restoration.