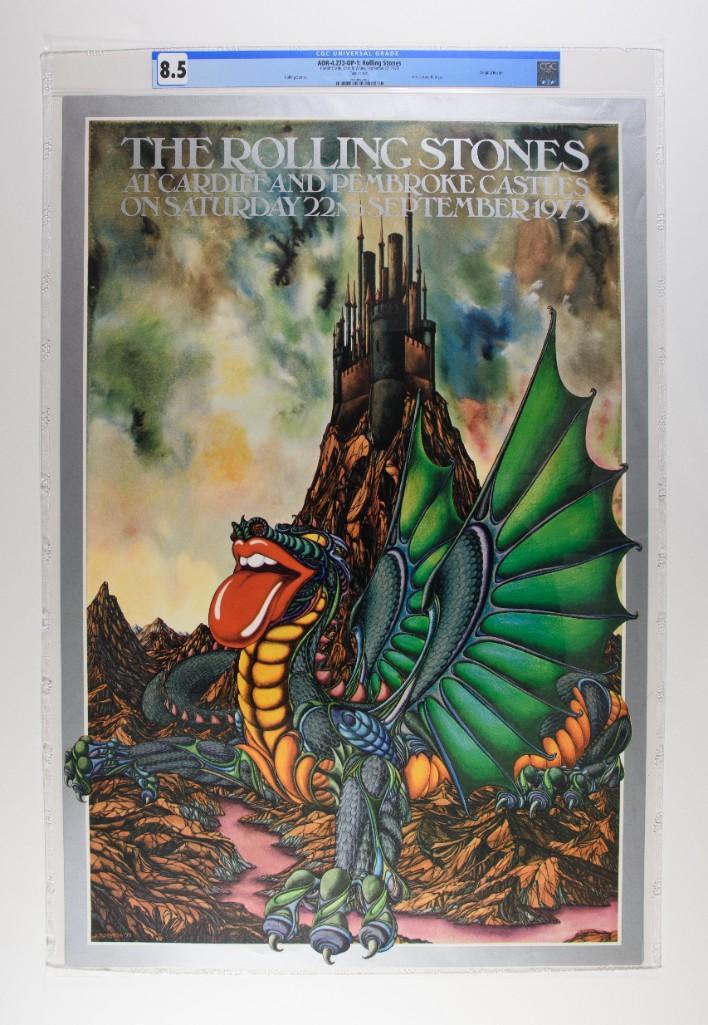 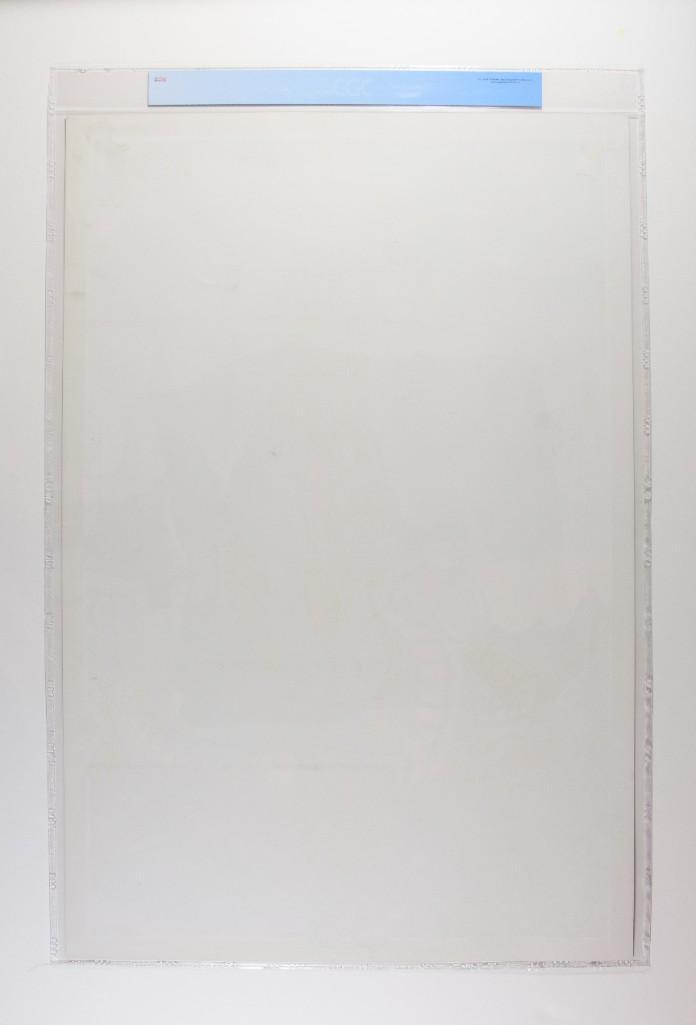 This is one of the most highly sought after and desirable Rolling Stones posters of all time and is featured in The Art of Rock plate # 4.273. The stunning and famous design was created by Kate Burness. The Stones were due to play at Cardiff Castle in Wales on September of 1973 but the show was canceled and most of the posters were reclaimed by the promoter. This thin paper poster is incredibly detailed and beautifully colored. Rolling Stones posters are highly coveted by collectors because much like their arch rivals, The Beatles, Rolling Stones concerts quickly sold out and concert posters were rarely used for promotion. This is universally recognized as one of the most beautiful Stones posters ever created!

NEWS UPDATE: An example of this poster NOT certified or graded by CGC recently sold at Heritage Auctions for $11,875.00! Simply by authenticating a collectible like this, in any other market, it would be worth several multiples of the previously sold examples. We firmly believe a piece like this will be no exception to those universal premiums.