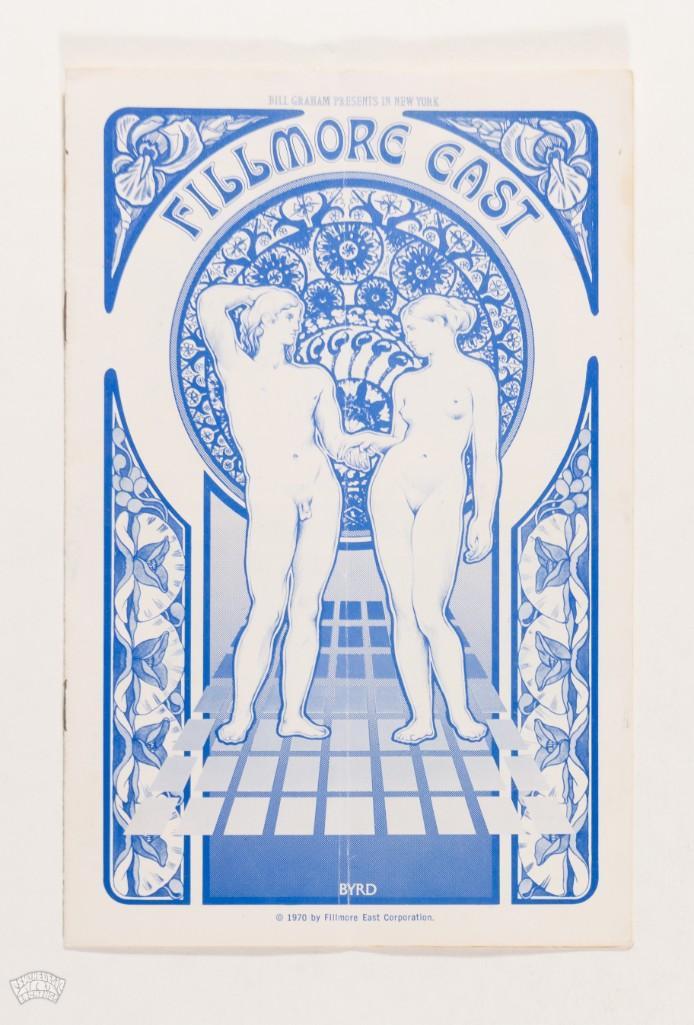 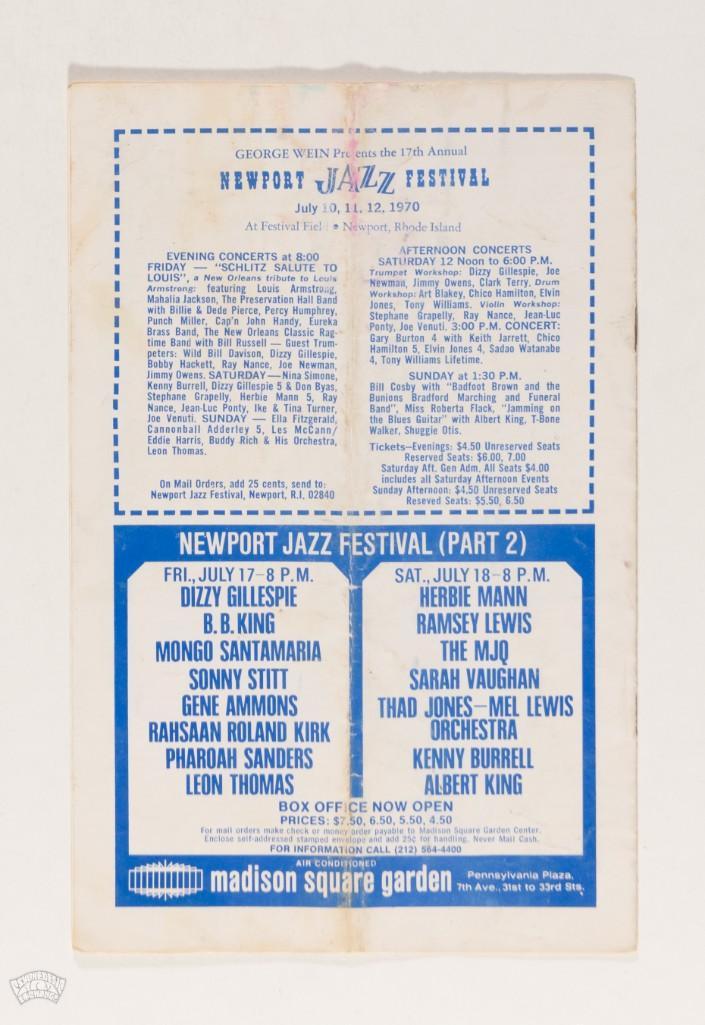 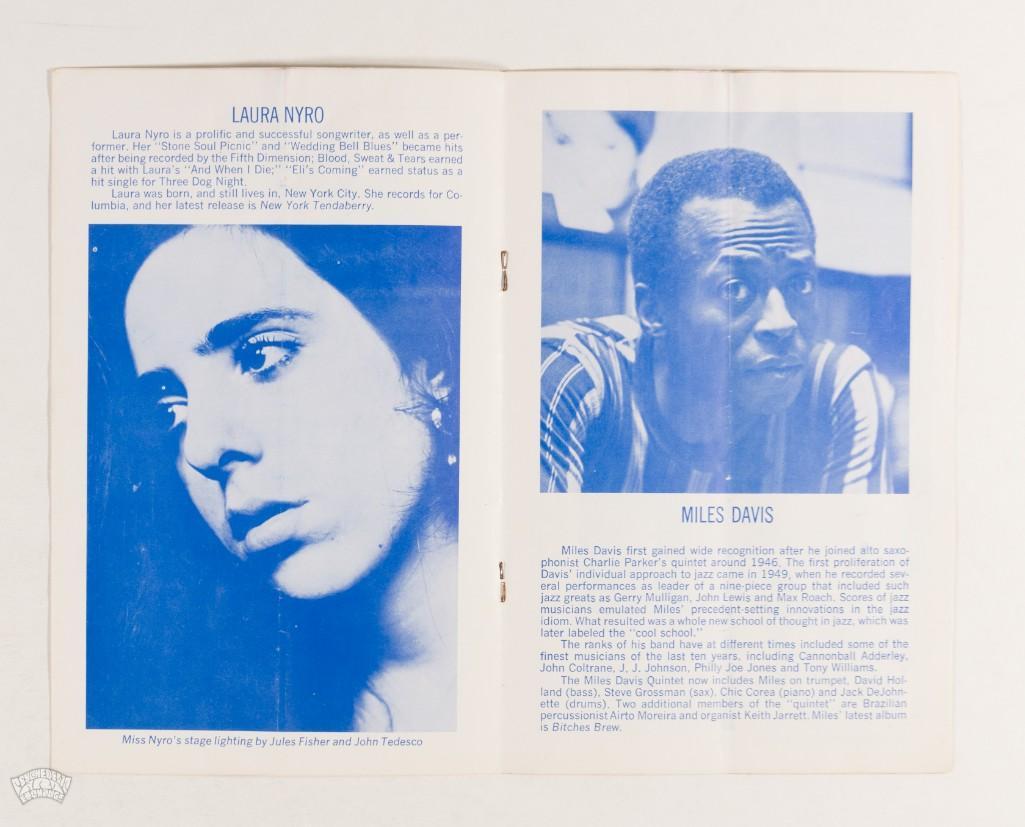 This is an original Bill Graham Program advertising a run of shows at the legendary Fillmore East in New York City, featuring Laura Nyro, Miles Davis Quintet, and more on 6/17-20/70.

This was definitely a high point in Laura Nyro's career. She was a fantastic piano player & singer-songwriter, very underrated!