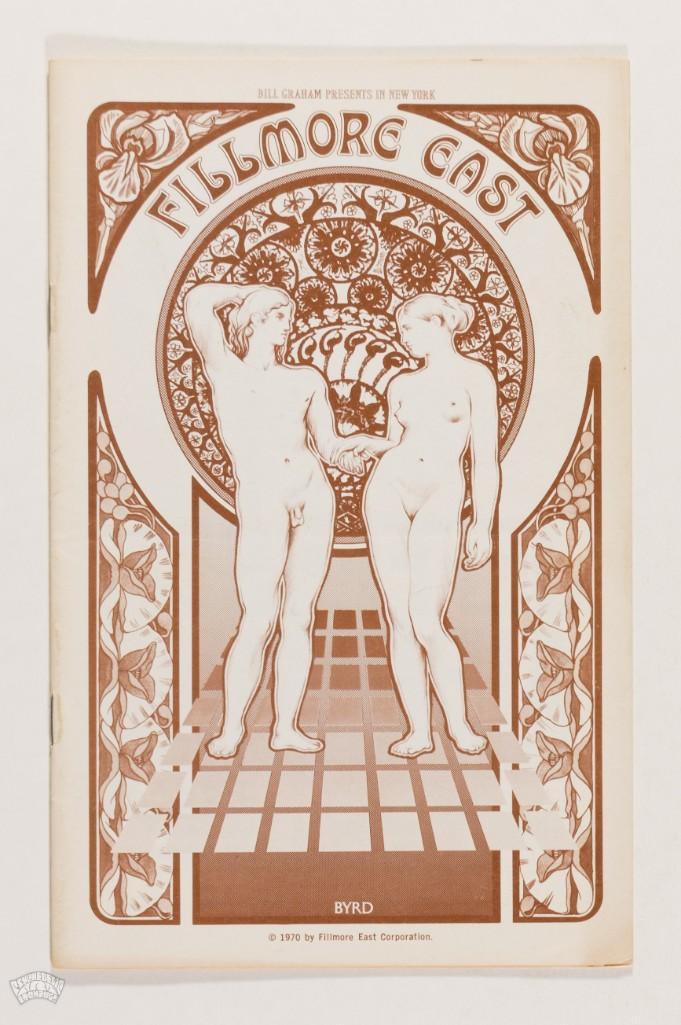 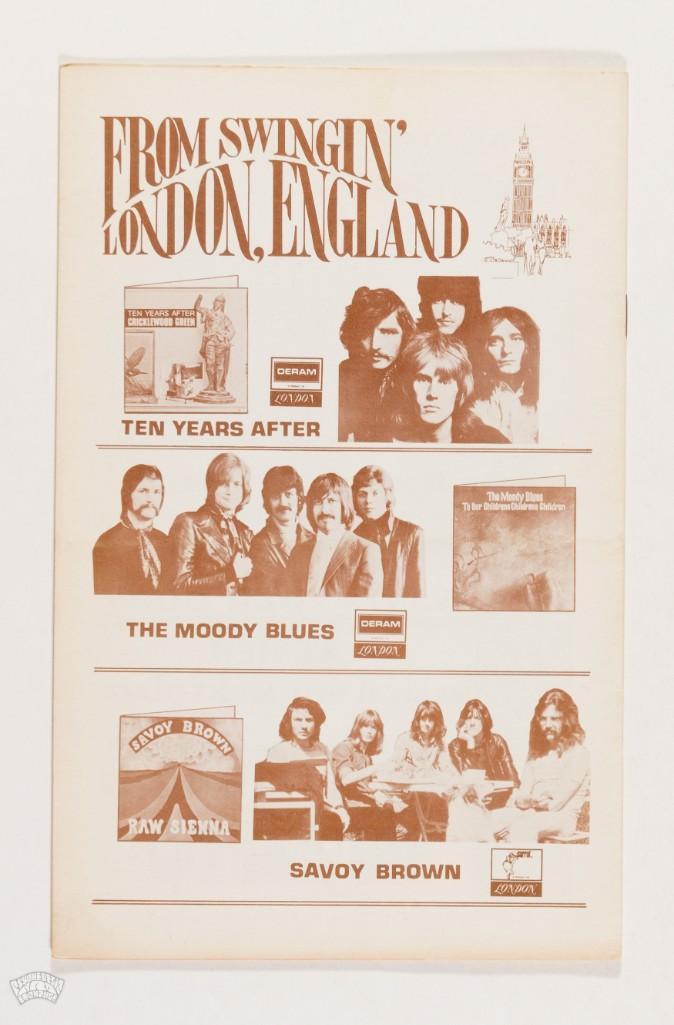 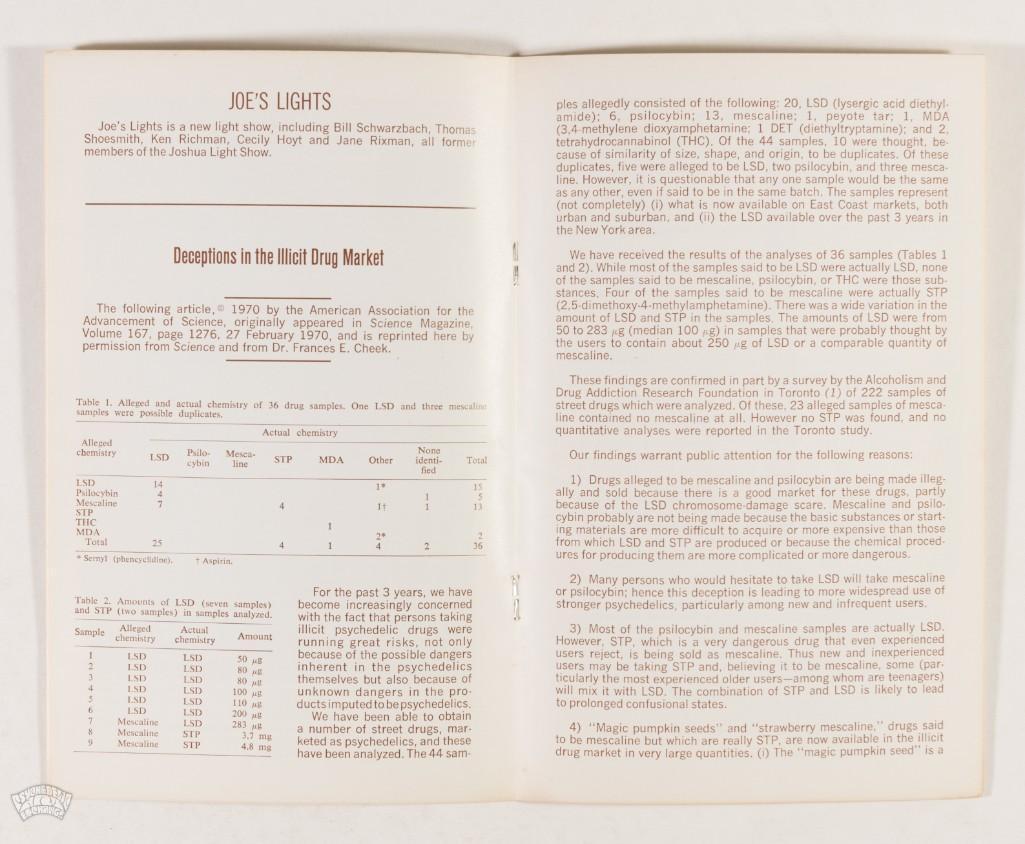 This is an original Bill Graham Program advertising a run of shows at the legendary Fillmore East in New York City, featuring Mountain, Ambergris, and more on 5/1-2/70.

This program contains a fascinating article about the "deceptions in the illicit drug market". It discusses the analysis of the makeup of several psychedelic street drugs, many of which were sold as something they were not. A very interesting read!