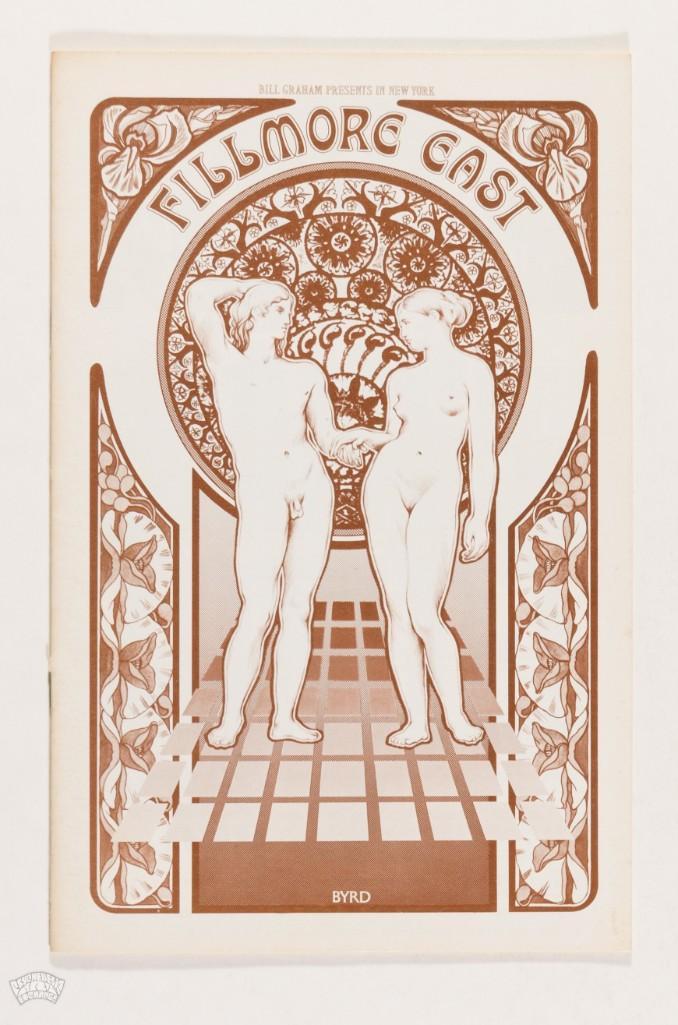 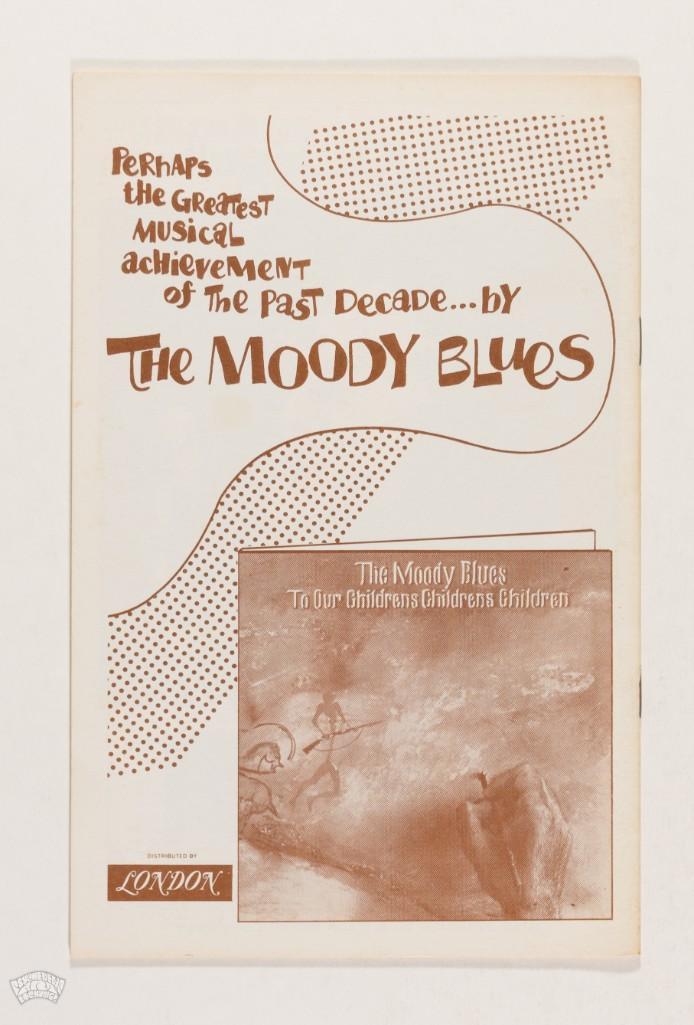 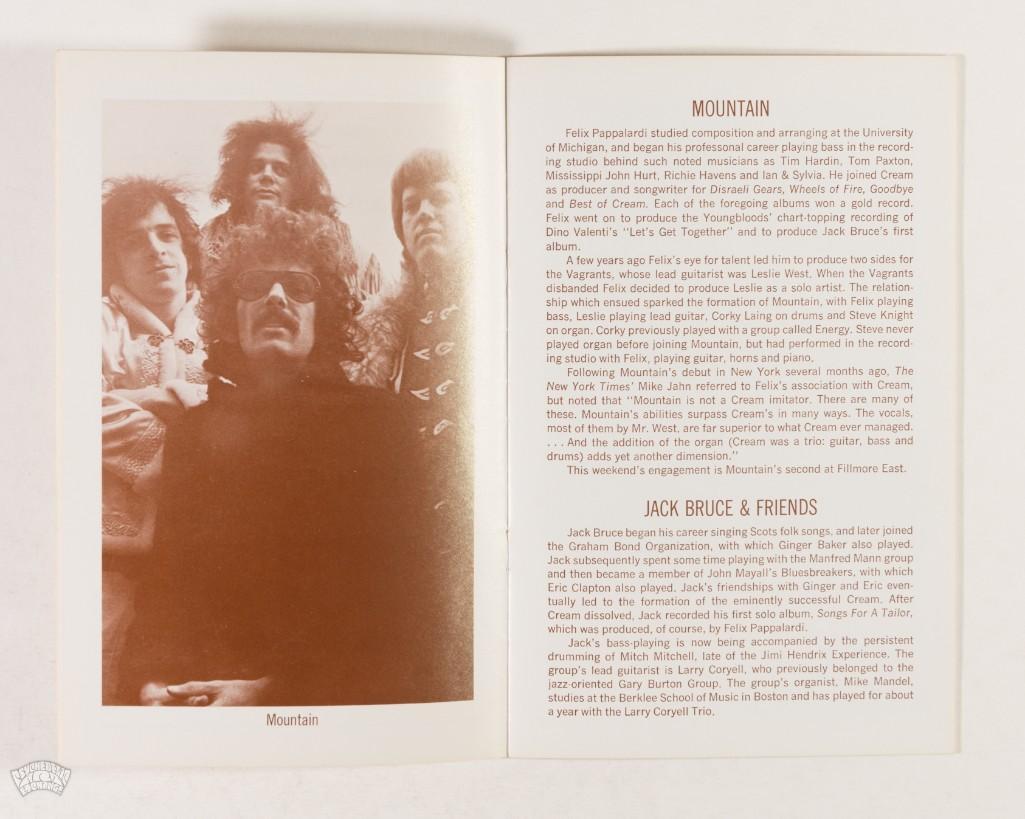 This is an original Bill Graham Program advertising a run of shows at the legendary Fillmore East in New York City, featuring Mountain, Jack Bruce & Friends, and more on 1/30-31/70.

Jack Bruce was the bass player for Cream. His band at this point included Mitch Mitchell (of Jimi Hendrix Experience)!