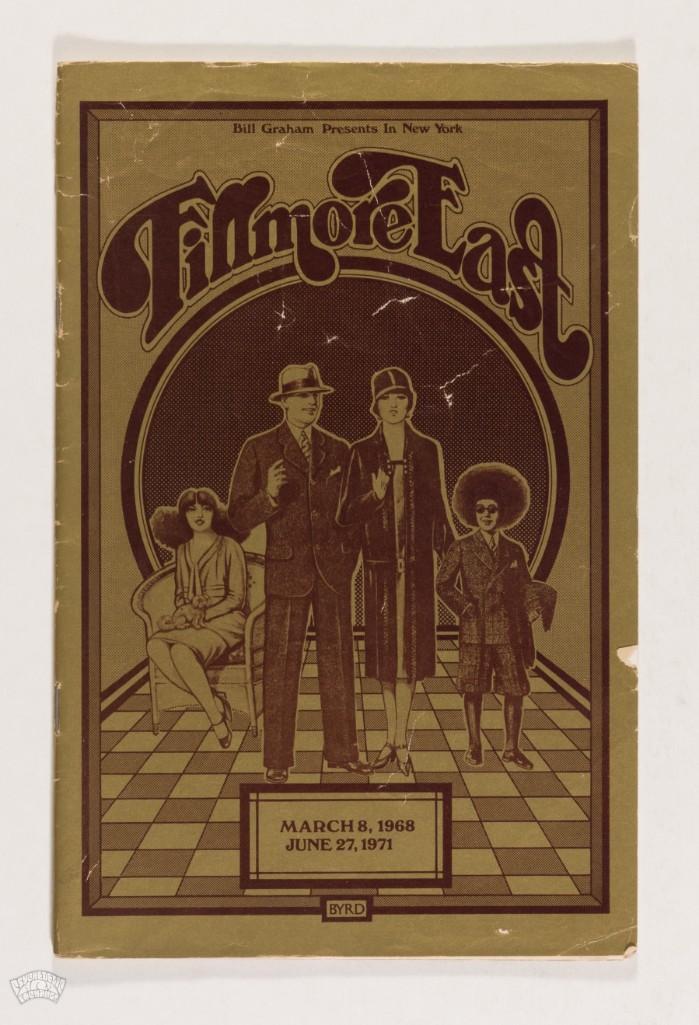 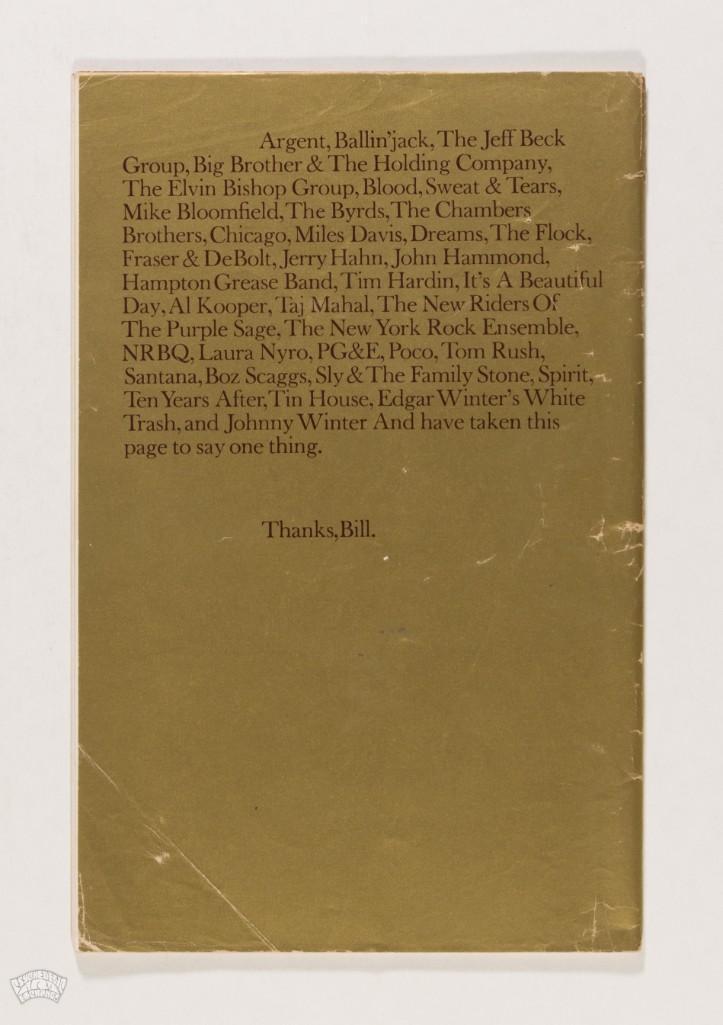 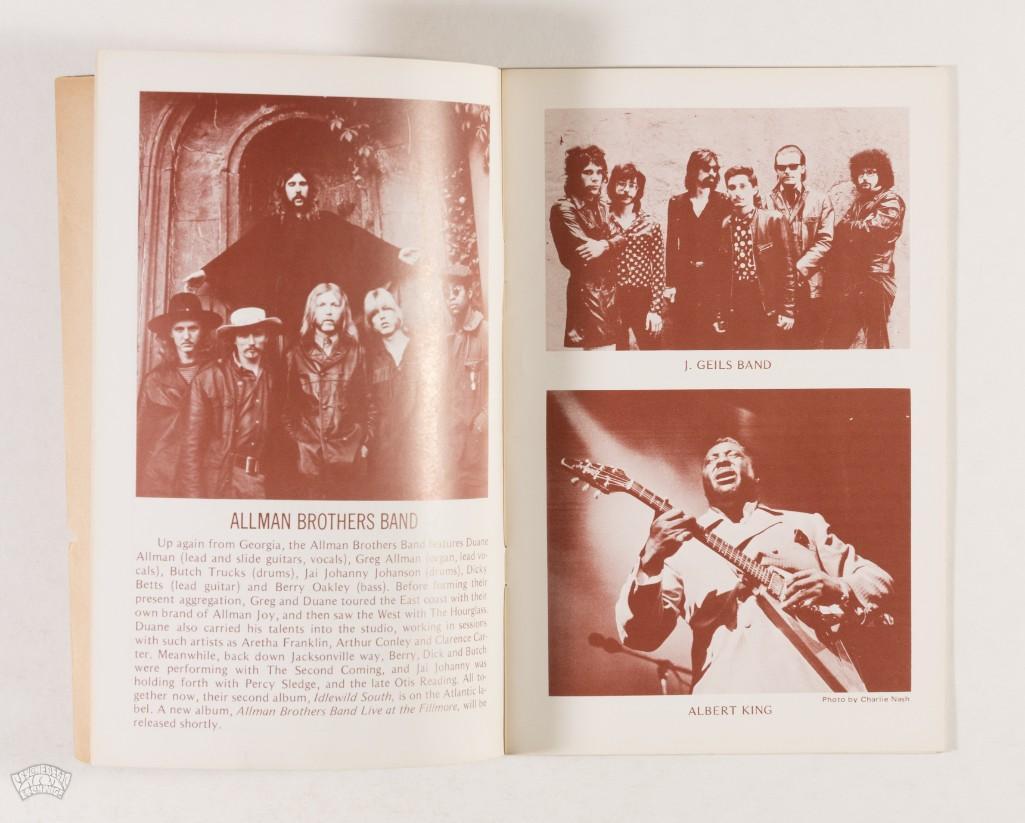 This is an original Bill Graham Program advertising a run of shows at the legendary Fillmore East in New York City, featuring Allman Brothers Band, J. Geils Band, Albert King, and more on 6/25-27/71.

These were the closing of the Fillmore East shows, the final performances to ever occur at the venue!