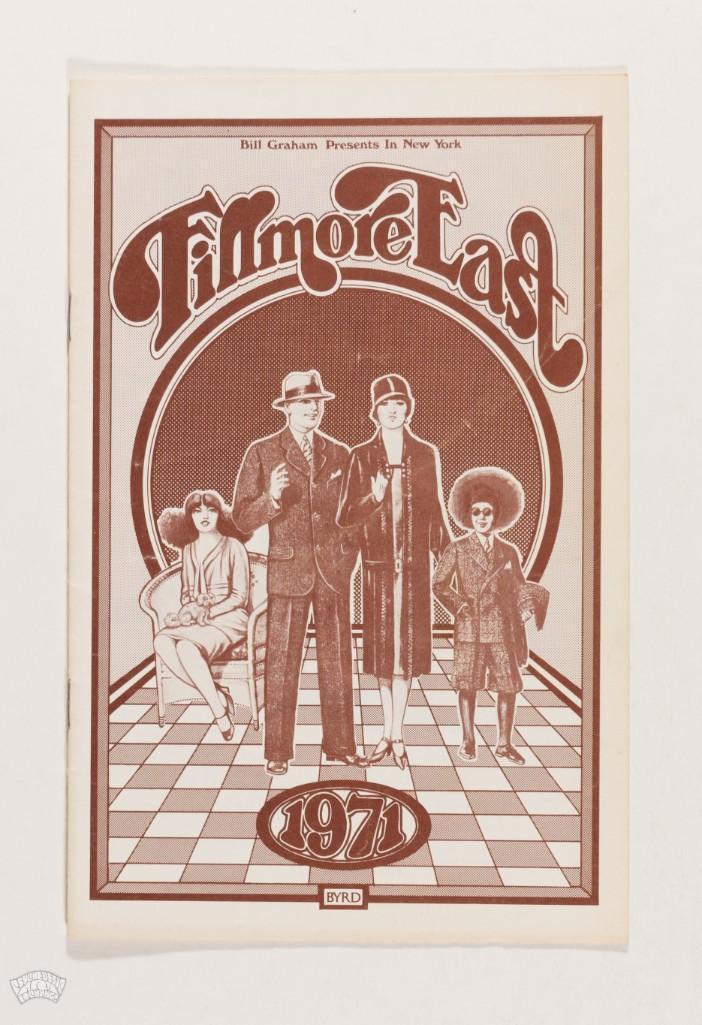 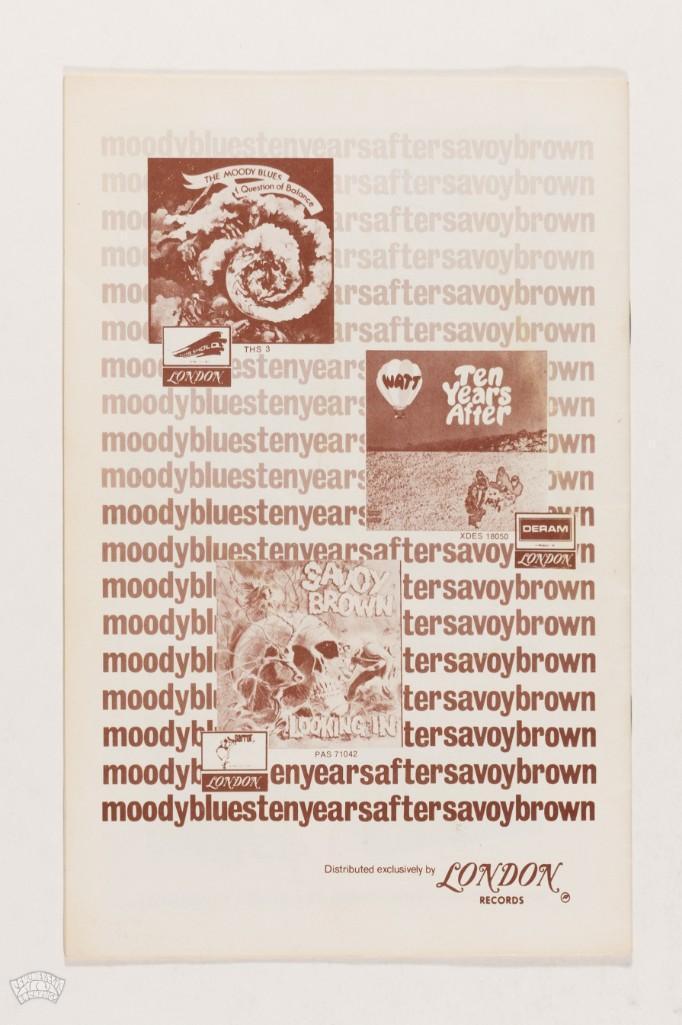 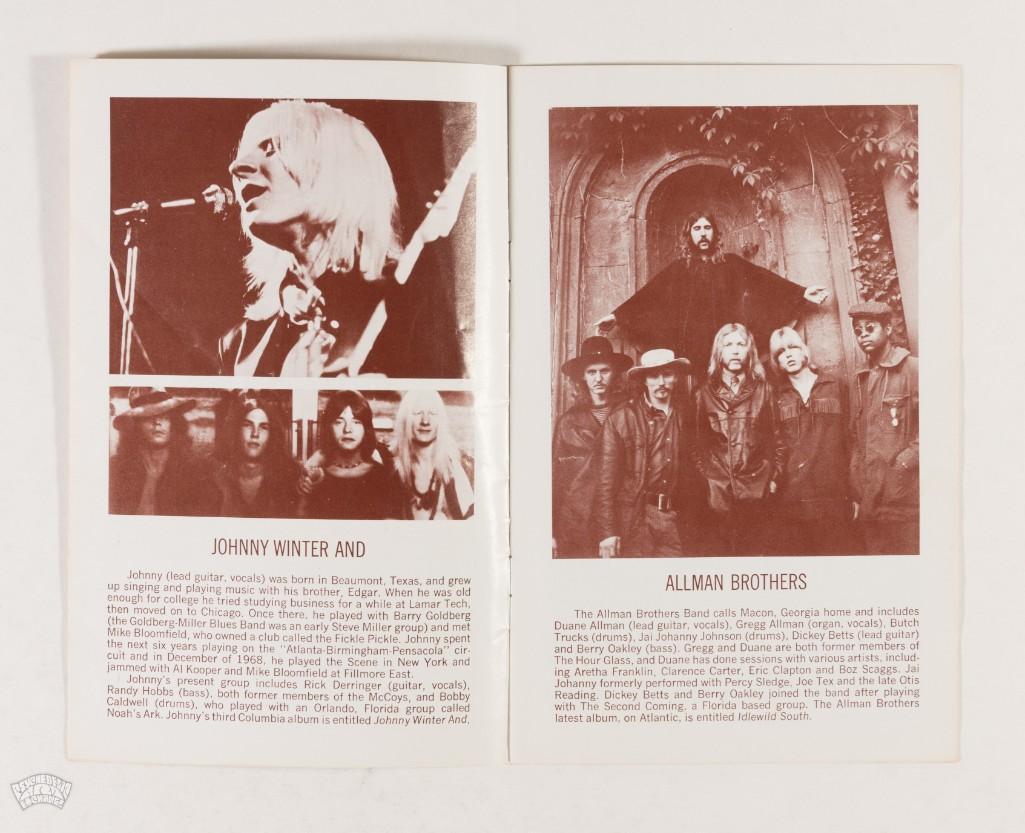 This is an original Bill Graham Program advertising a run of shows at the legendary Fillmore East in New York City, featuring Allman Brothers, Johnny Winter, Elvin Bishop Group, and more on 3/11-13/71.

The Allman Brothers March 12th and 13th shows were recorded and released as the famous double album Allman Brothers Band Live at Fillmore East! The March 11th shows were also recorded, but deemed unusable by producer Tom Dowd as the band had, for the occasion, invited a horn section to play with them, but Dowd felt their contribution didn't gel with the group sound. Nevertheless, this run of Fillmore East shows is LEGENDARY!