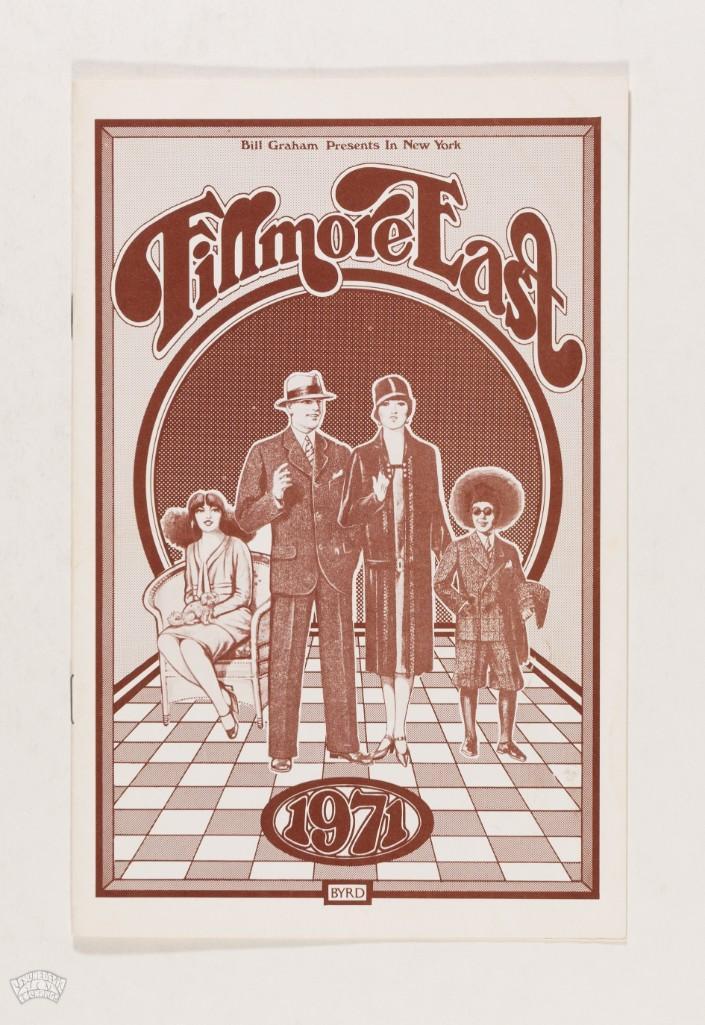 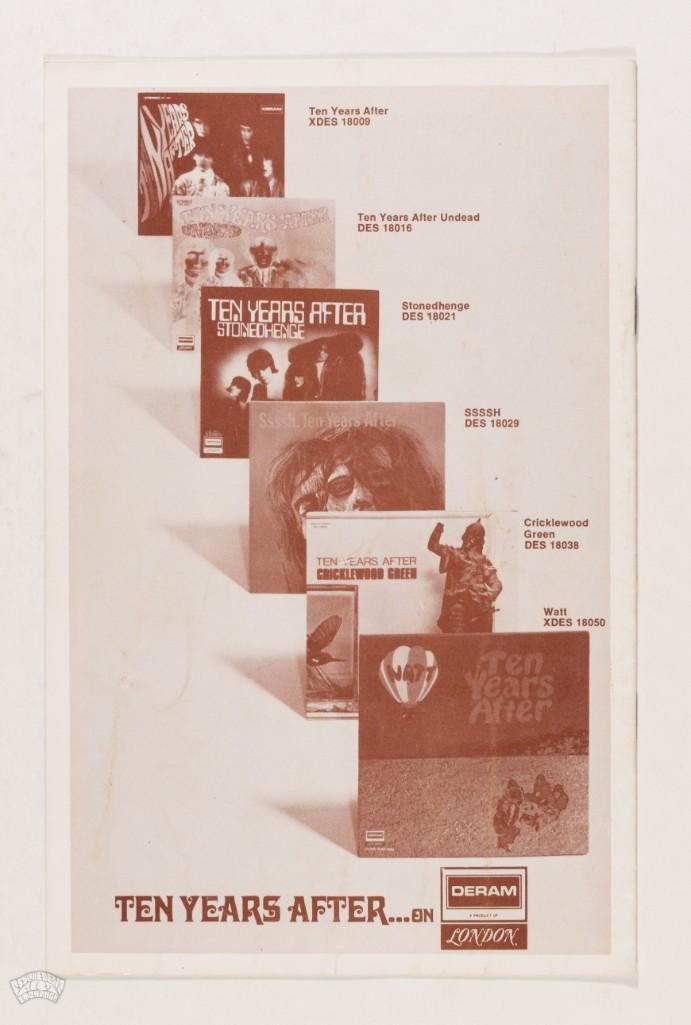 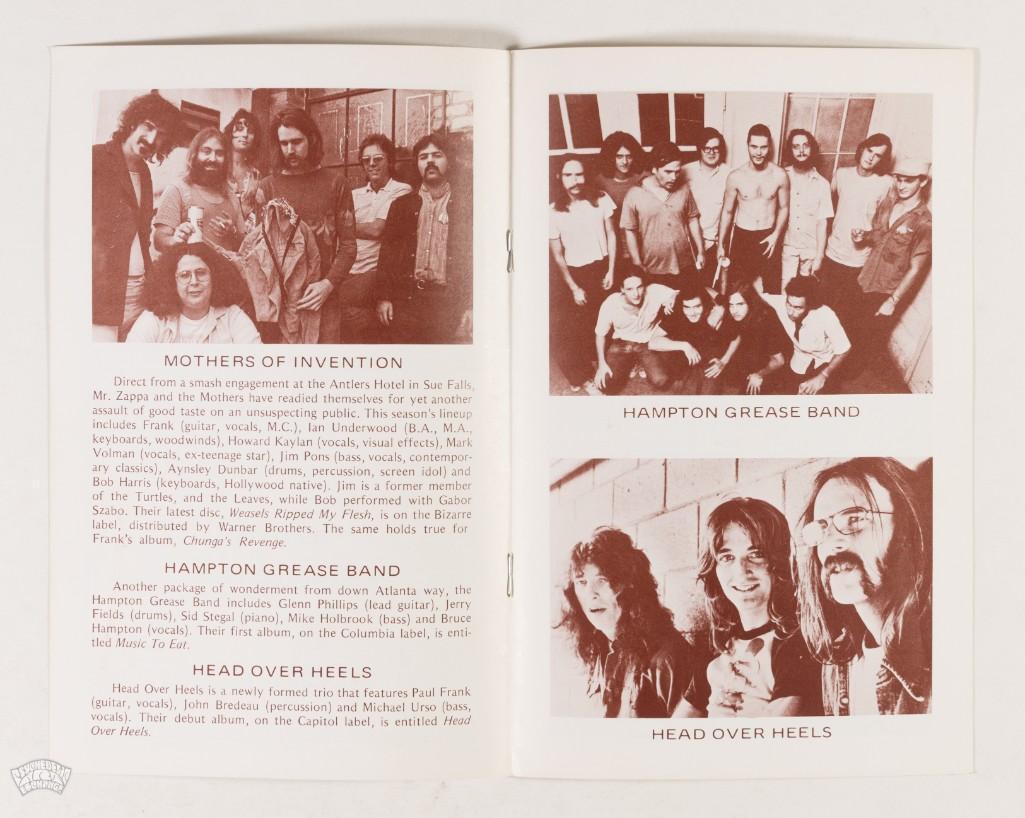 This is an original Bill Graham Program advertising a run of shows at the legendary Fillmore East in New York City, featuring Frank Zappa And The Mothers, Byrds, and more on 6/5-9/71.

Recording of the Mothers Live Album occurred during the June 5th and 6th dates of this run. The hilarious concept album centered around the infamous "Mud Shark" incident and featured vocalists Mark Volman and Howard Kayla from The Turtles. Truly an incredible work of art.