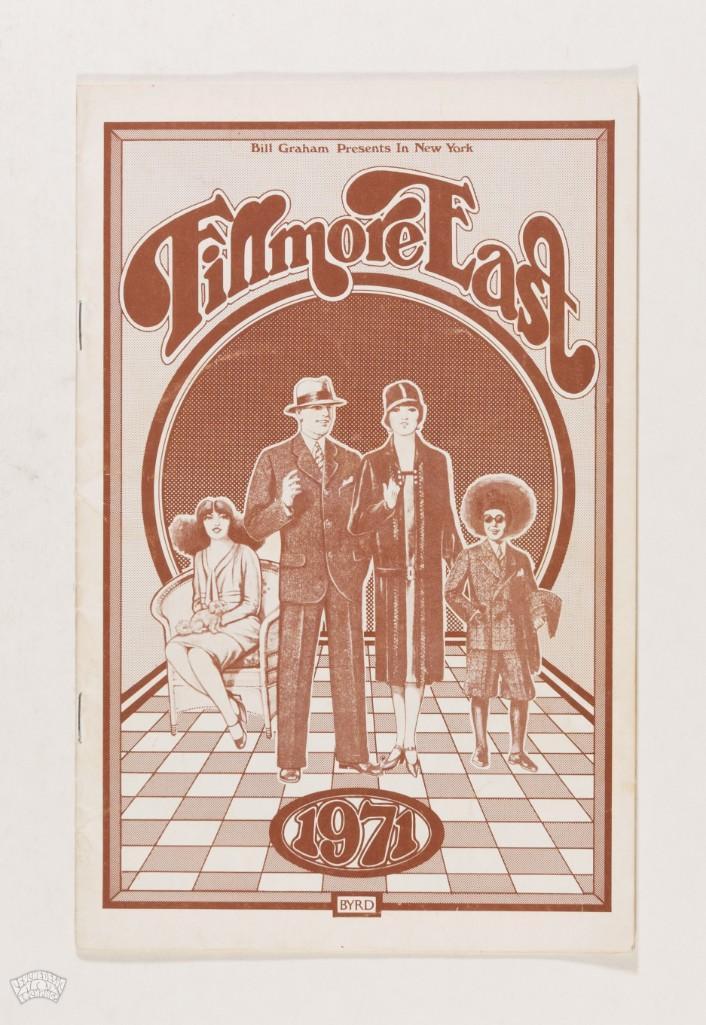 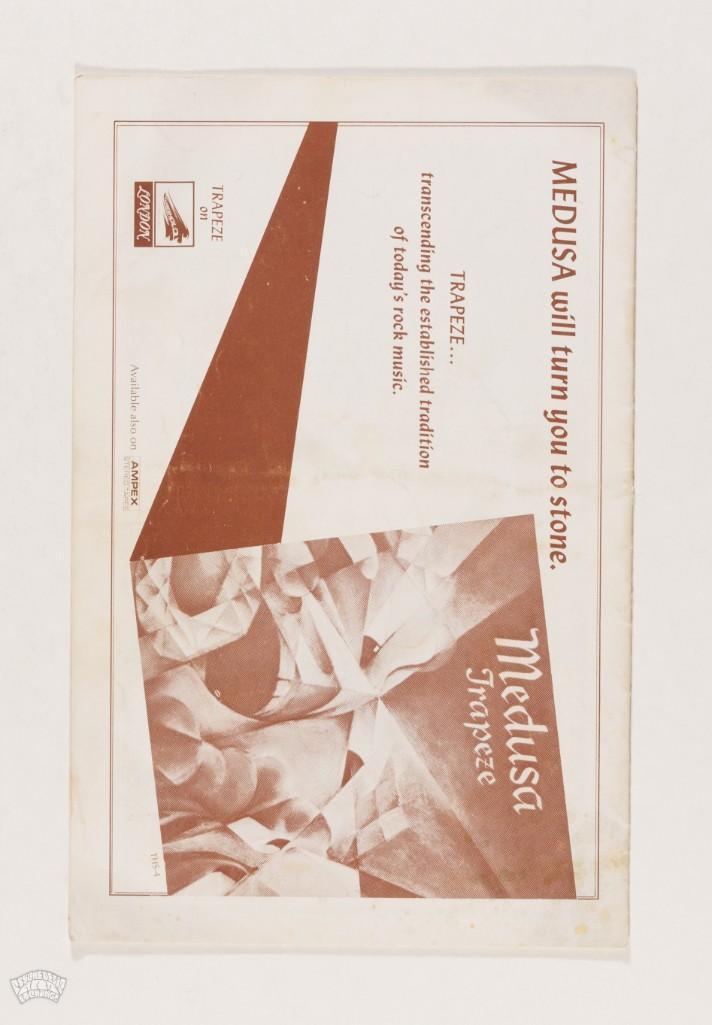 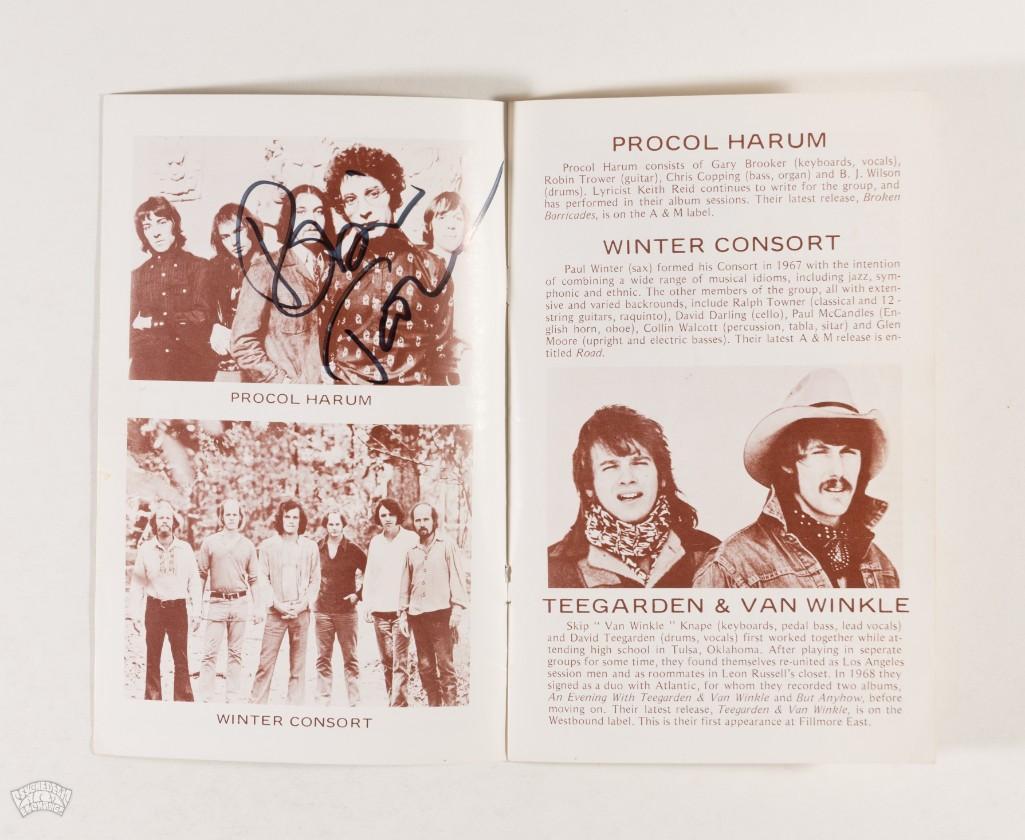 This program is signed by Robin Trower of Procol Harum!

This is an original Bill Graham Program advertising a run of shows at the legendary Fillmore East in New York City, featuring Procol Harum, The Grateful Dead, New Riders of the Purple Sage, and more on 4/23-29/71.

The recording of the famous April 25th Dead show has been commercially released as the "Ladies and Gentlemen, The Grateful Dead" live album.

The Fillmore East was Bill Graham's contribution to the New York City music scene in the late 1960s. The venue operated from March 1968 to June 1971. During that period, the Fillmore East hosted some of the most memorable shows of the era. Unlike the West Coast Fillmore, the East Coast counterpart did not use many posters to promote each show. Instead, the promoter produced these vintage "Playbill" style programs, featuring beautiful artwork, album advertisements and bios / photos of the band's upcoming shows at the venue.