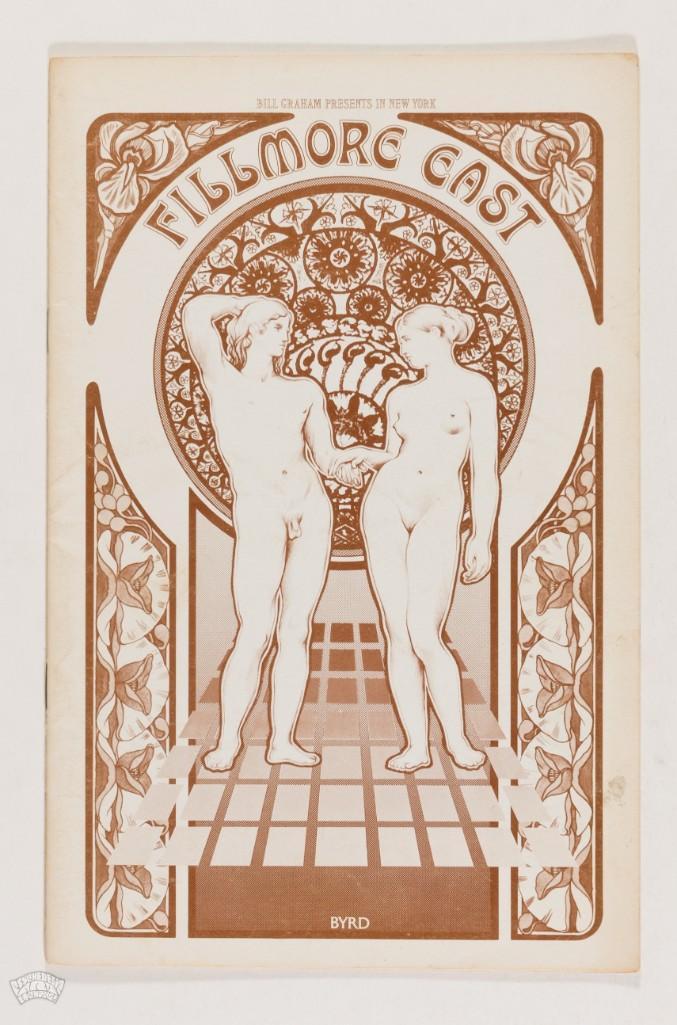 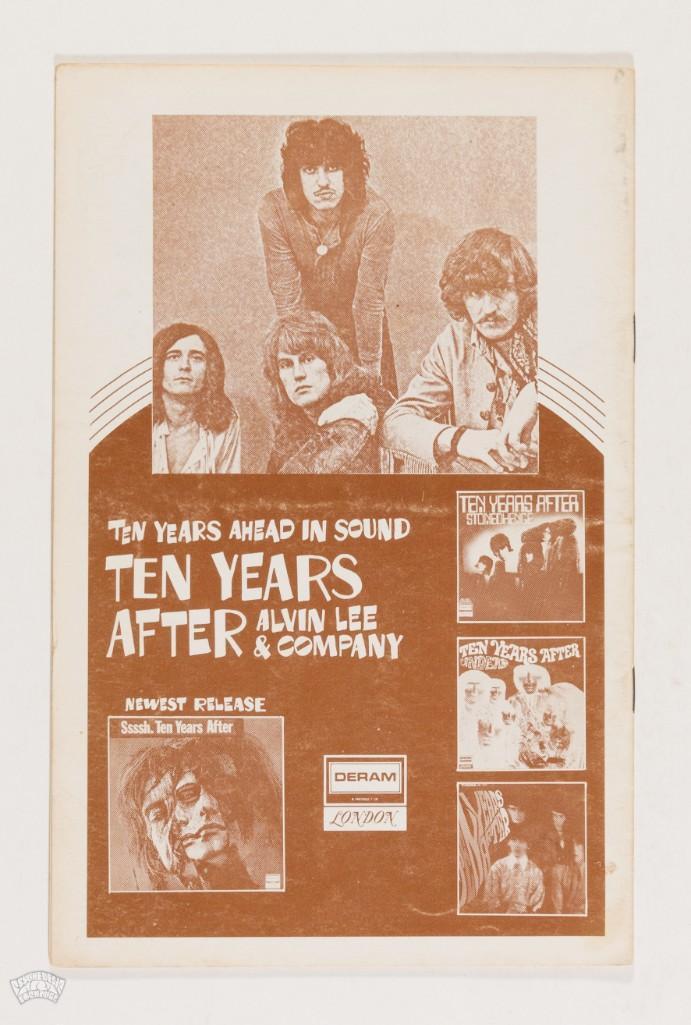 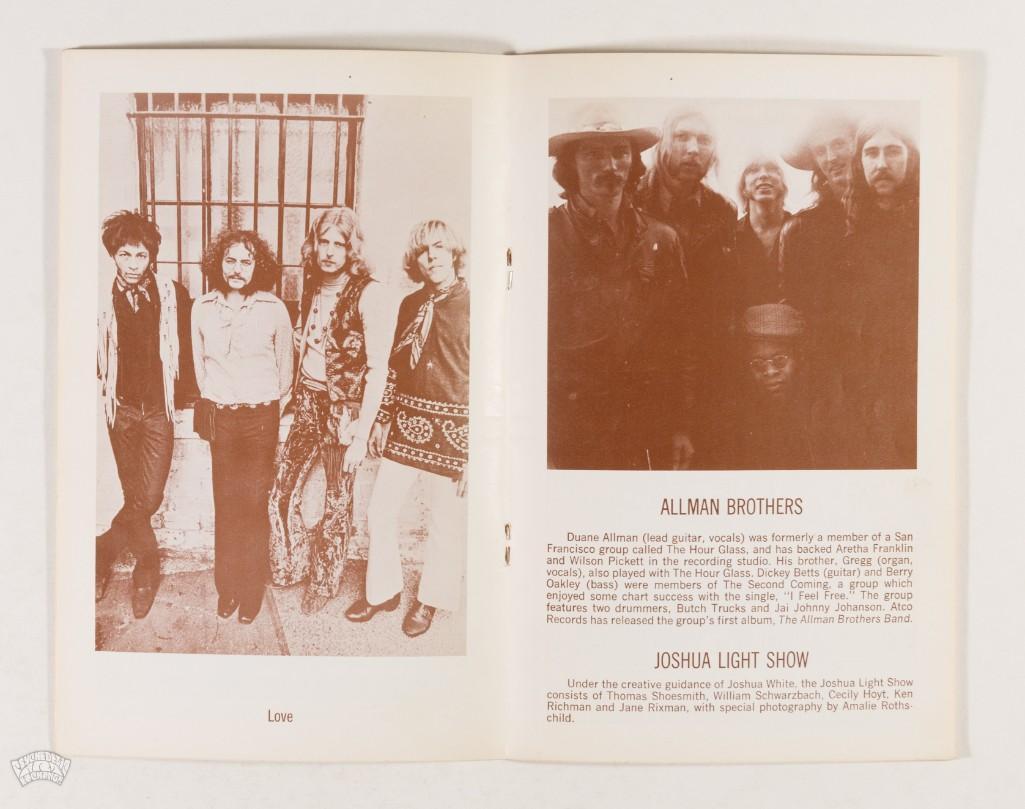 This is an original Bill Graham Program advertising a run of shows at the legendary Fillmore East in New York City, featuring Grateful Dead, Love, Allman Brothers, and more on 2/11-14/70.

At the February 11th show, Duane & Gregg Allman famously joined the Dead onstage during the long segue of "Dark Star, Spanish Jam, Turn on Your Lovelight". Material played on the February 13th and 14th shows appeared on the Grateful Dead Bears Choice album! This was a legendary Fillmore East run!!!