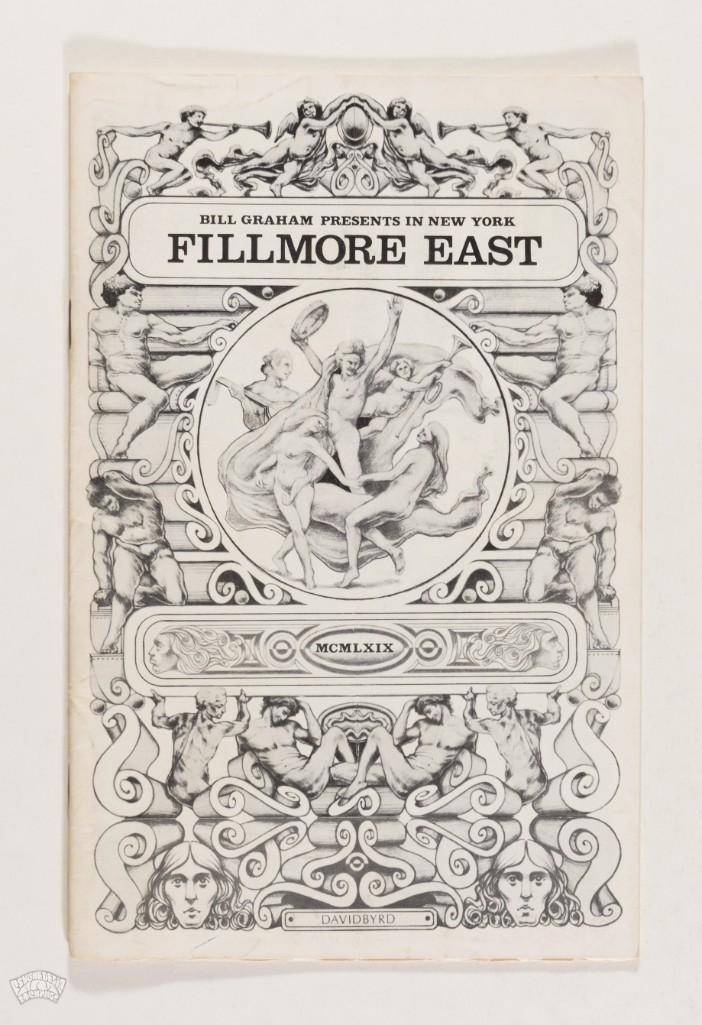 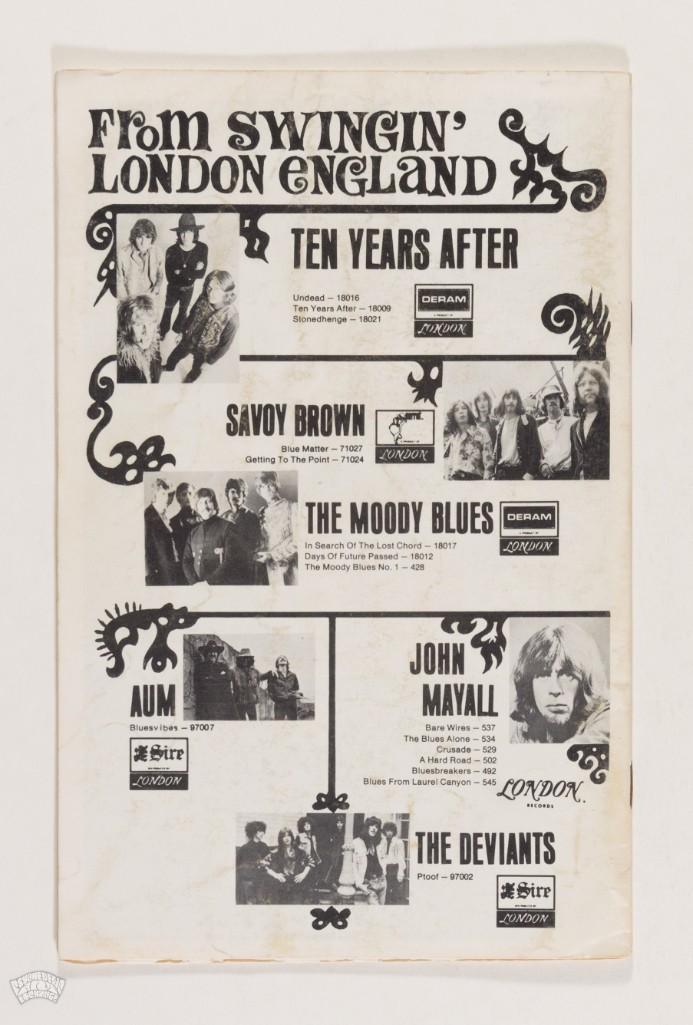 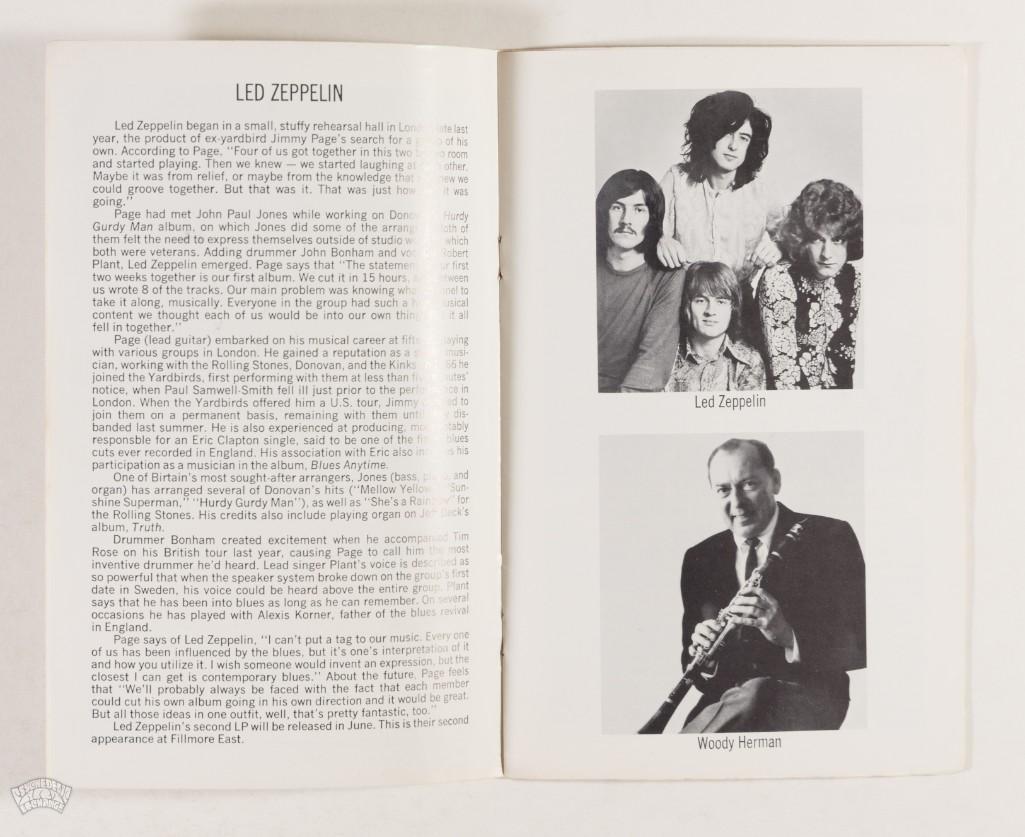 This is an original Bill Graham Program advertising a run of shows at the legendary Fillmore East in New York City, featuring Led Zeppelin, Woody Herman And His Orchestra, Delaney & Bonnie And Friends, and more on 5/30-31/69.

The May 30th show became a Famous Zeppelin recording cherished by fans for decades. The set list featured Train Kept a Rollin', I Can't Quit You Baby, Dazed and Confused, You Shook Me, White Summer/Black Mountain Side, How Many More Times, Communication Breakdown. An incredible set of music.