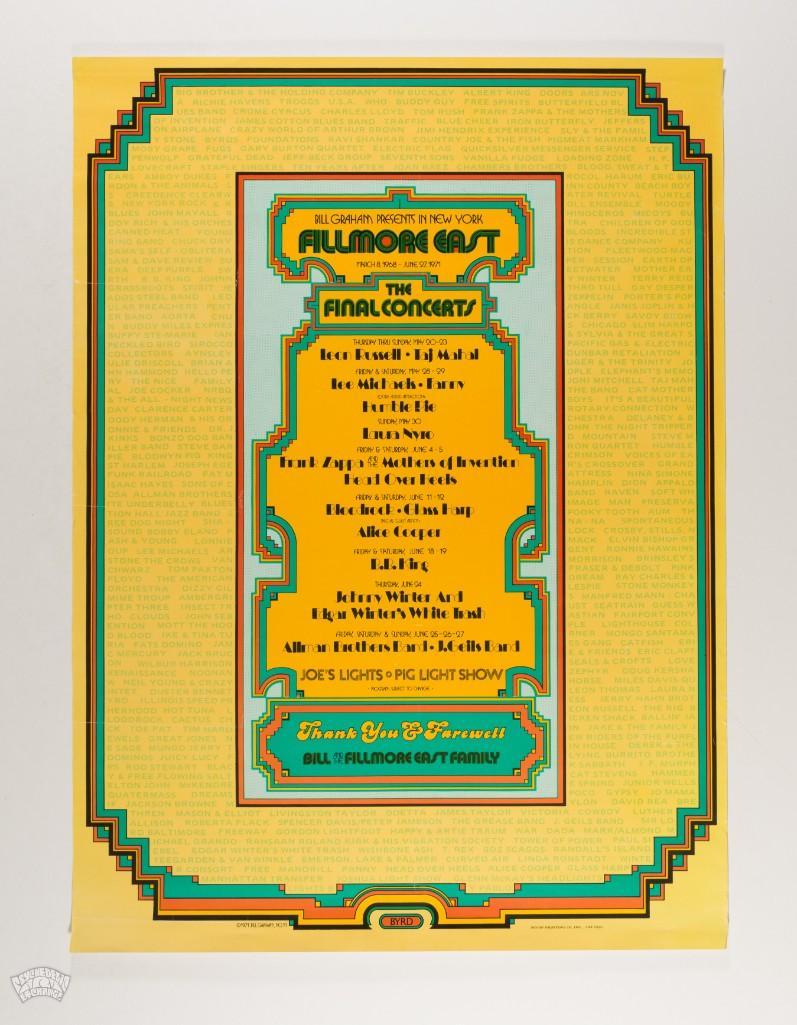 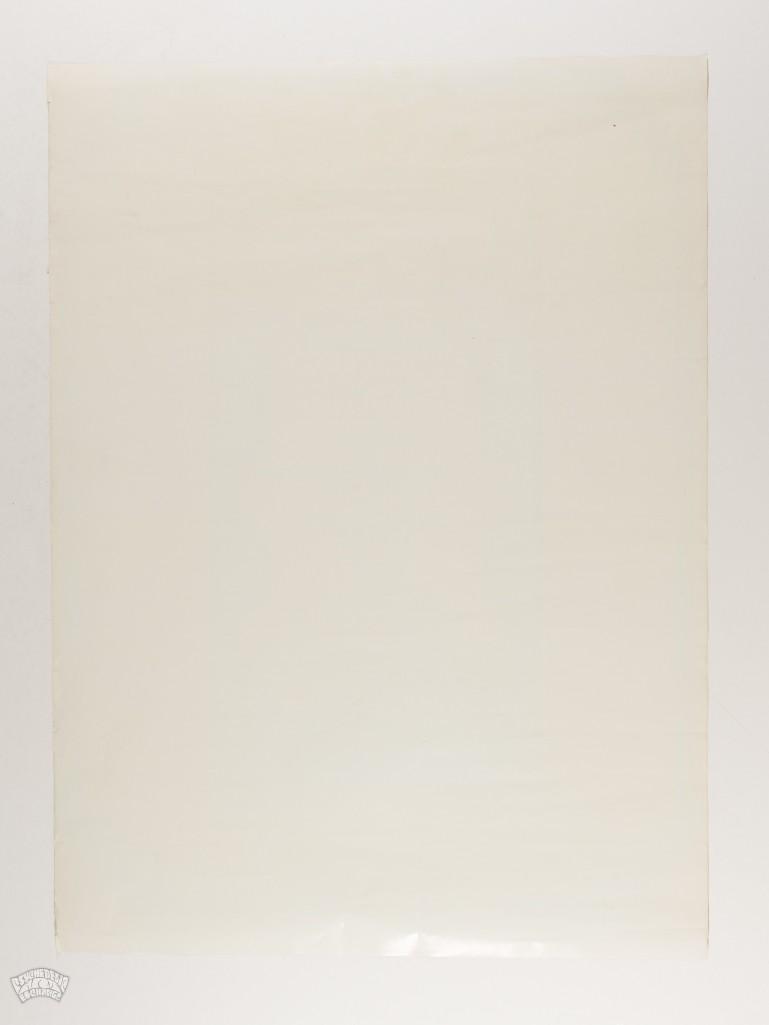 Bill Graham's Fillmore East in New York City closed its doors in the summer of 1971 after three years of legendary concerts. This original, first printing poster designed by artist David Byrd was the last to be created for the venue, and announced the final roster of performers. Among these final shows, the schedule included the Allman Brothers Band, The J. Geils Band, Albert King, Leon Russell, Taj Mahal, Lee Michaels, Humble Pie, Laura Nyro, Frank Zappa, Alice Cooper and more!

This thin glossy paper poster can be very difficult to locate and we haven't had one in our auctions since 2017. As the exclusive designer for the Fillmore East, Byrd produced 11 concert posters for Bill Graham between 1968-71, with this being the last!