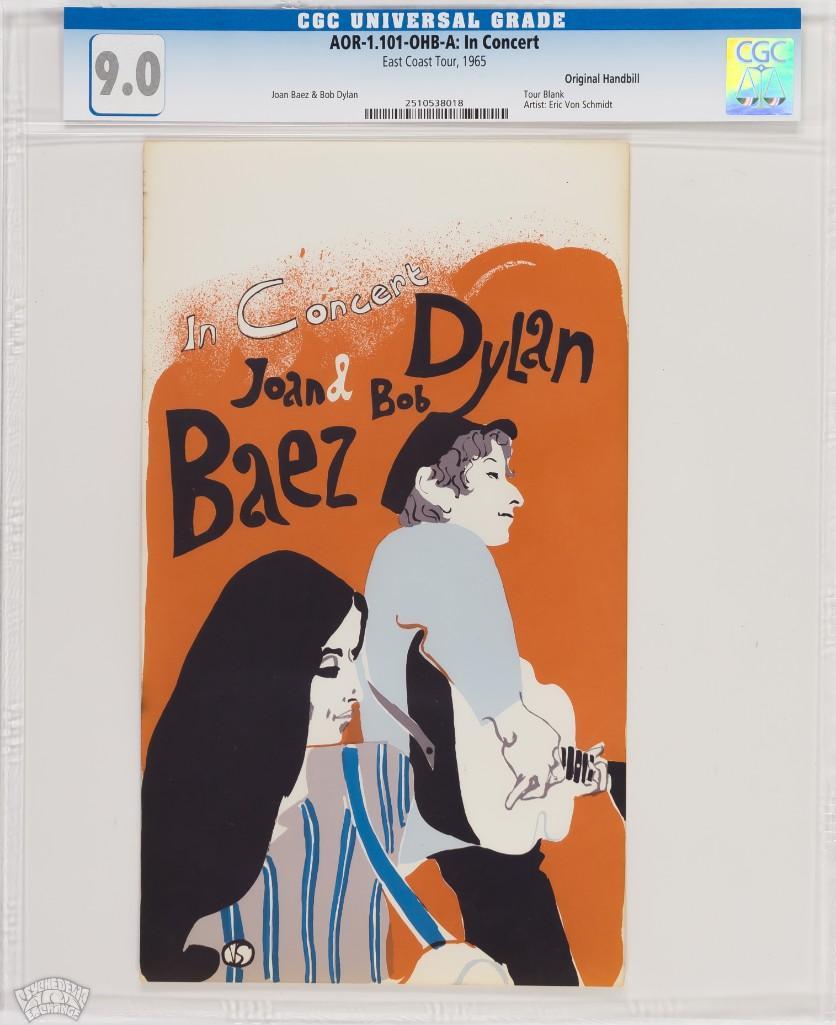 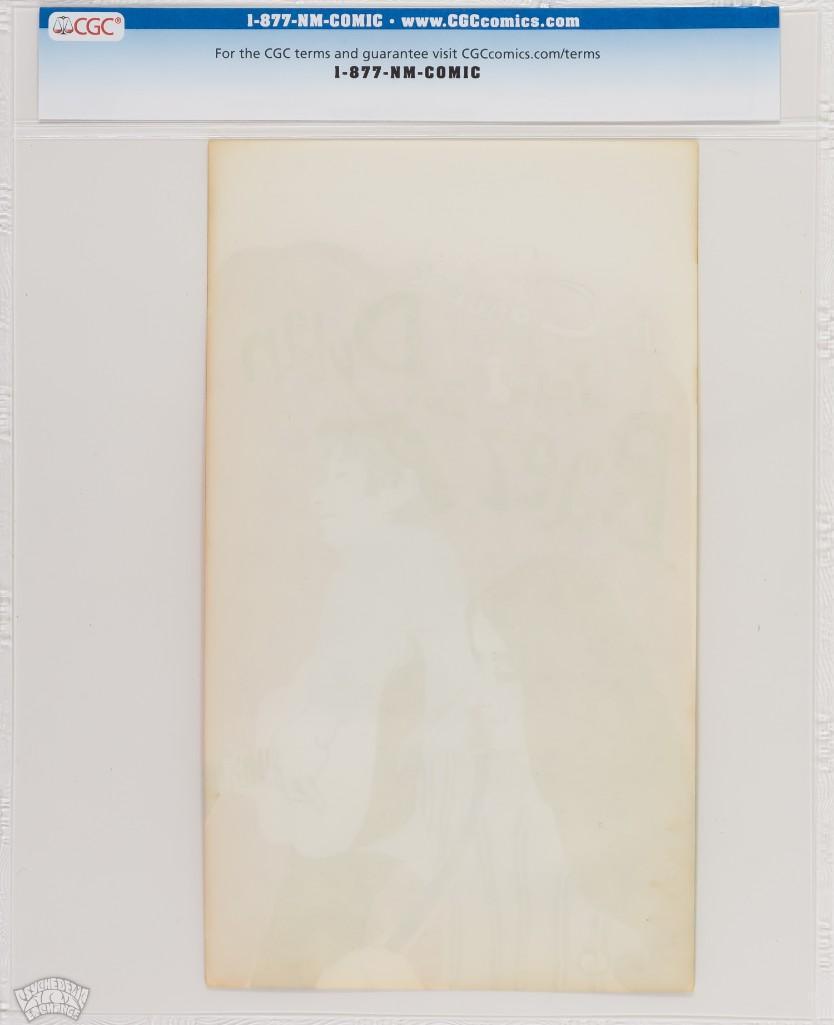 Here we are offering a very early original handbill for a Bob Dylan and Joan Baez east coast tour in 1965. According to The Art of Rock, Dylan wasn't thrilled with the image and it was only used on a very limited basis. This artwork is featured in The art of Rock, plate# 1.101. The Cambridge folk singer / visual artist Eric Von Schmidt created the design. Dylan & Von Schmidt had musical history: The year prior, Dylan visited Von Schmidt at his home in Florida and recorded several songs there, including an early version of Mr. Tambourine Man. One of Von Schmidt's LP's is exhibited in a pile of records on the cover of Dylan's album Bringing It All Back Home. It's no secret that handbills are far easier to counterfeit than posters. CGC authentication has brought much needed integrity and stability to this very popular segment of the marketplace. Finally, you can acquire handbills with confidence, knowing you are getting exactly what you pay for! An original handbill, featuring World Famous Art, from a classic era that can still be acquired at a super reasonable price.