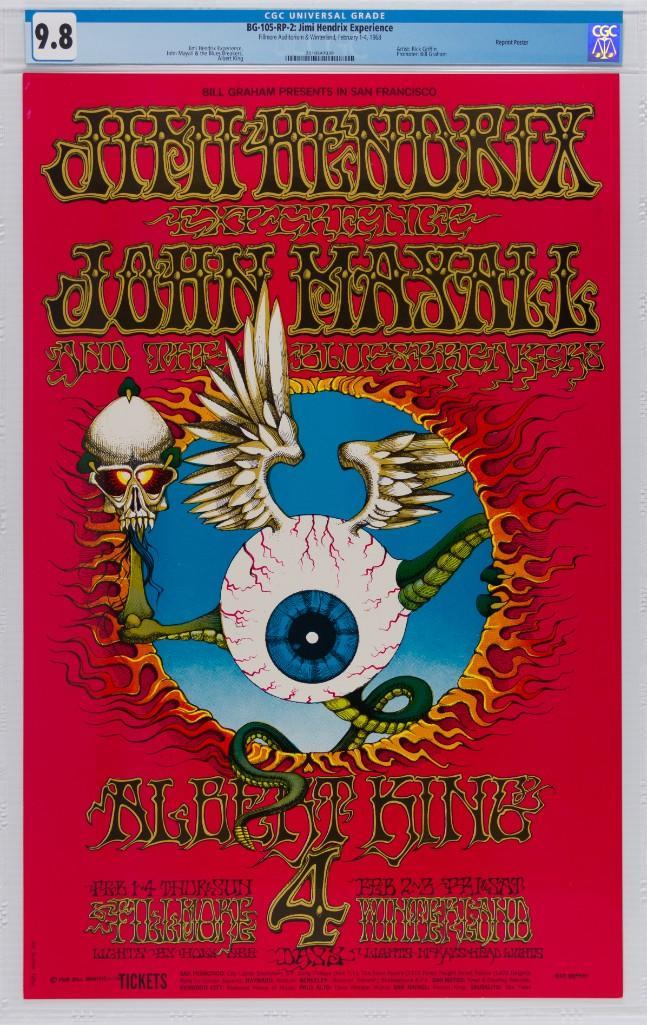 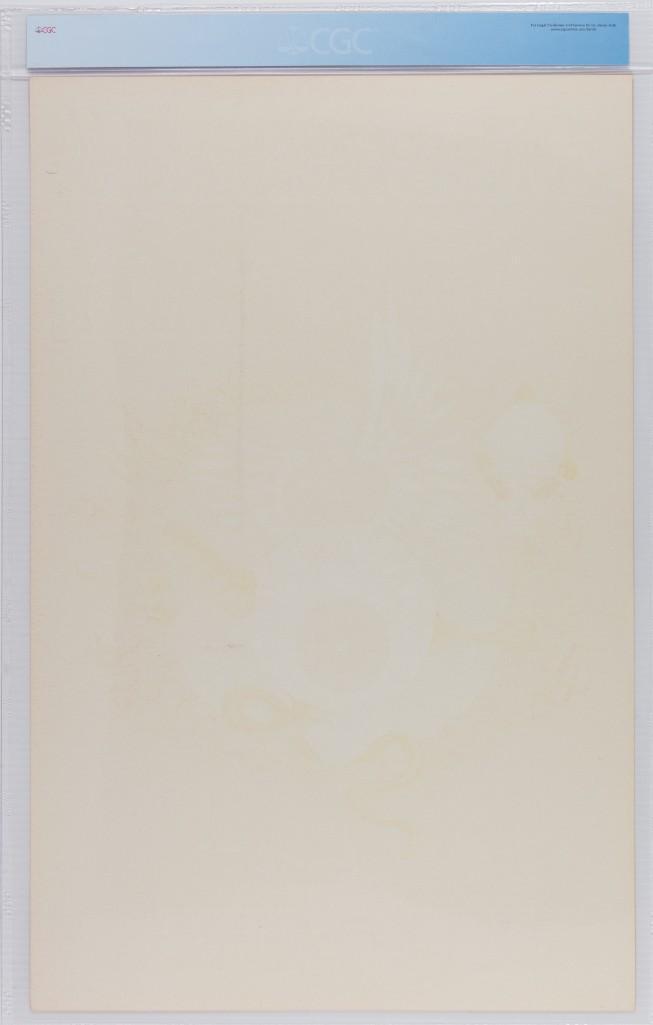 This lot offers the official second printing of what is considered by many collectors to be the most famous concert poster from the 1960's, Rick Griffin's masterpiece, the BG-105. It features what is arguably the best artwork ever rendered for a rock concert poster.This poster works on every level. It was created by the most inventive artist of the genre. It's promoting the most striking musician of the era at the most famous venue of all!The story behind the poster is that promoter Bill Graham dropped the ball the first time Hendrix played the Fillmore by placing the groundbreaking guitarist third on the bill (BG-69). The next time Hendrix came around, it was made clear to Graham by Hendrix management that he needed to make up for his previous lack of judgment. Of course he went straight to Rick Griffin to create the best possible work of art. The rest is history. Original First Printings of this poster in the condition offered here can bring many tens of thousands of dollars. This reprint, released shortly after the show, but still 50+ years ago, represents a more affordable way to acquire this fantastic and world famous work of art. A specimen of this high grade always creates exciting bidding!