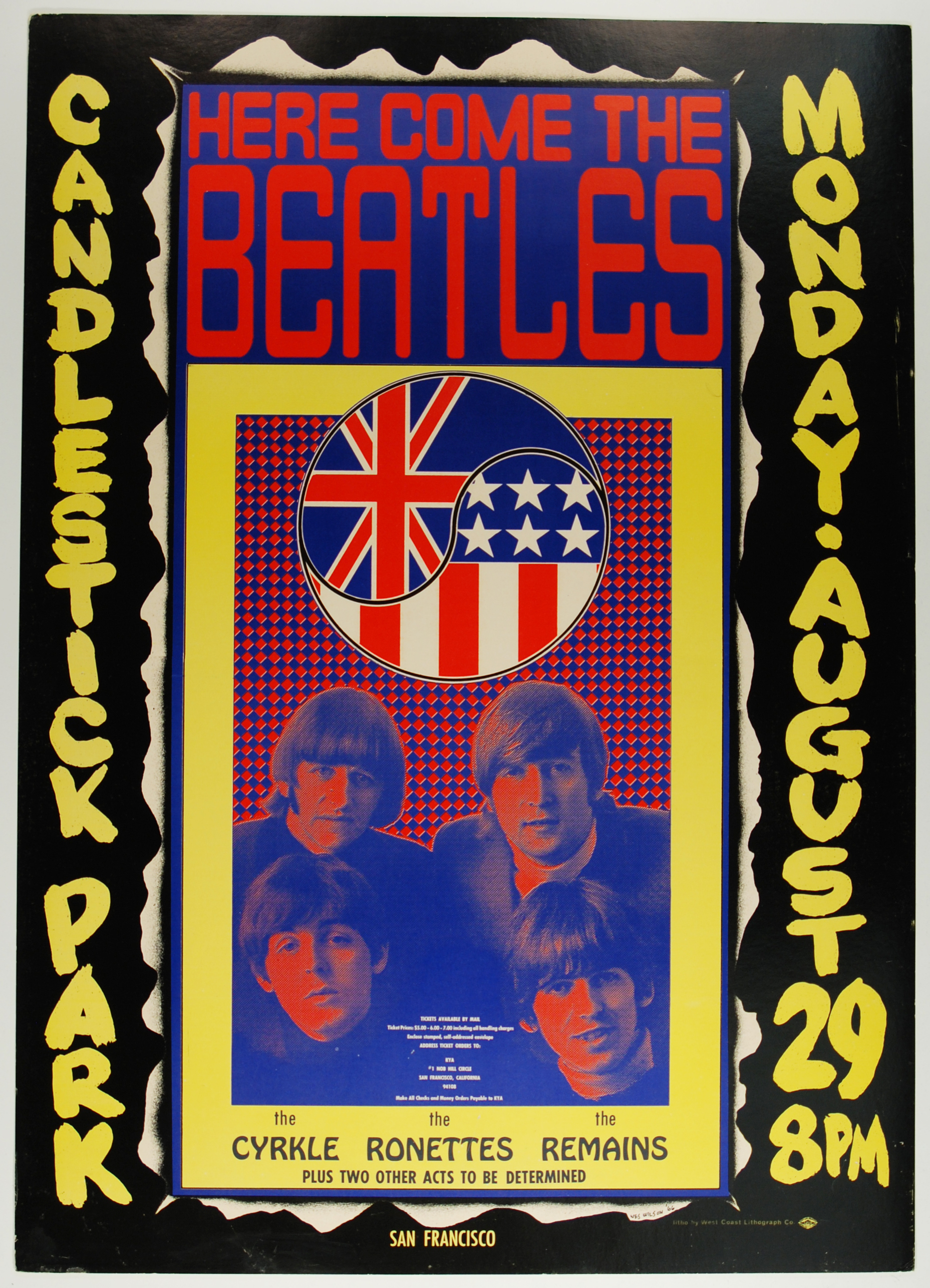 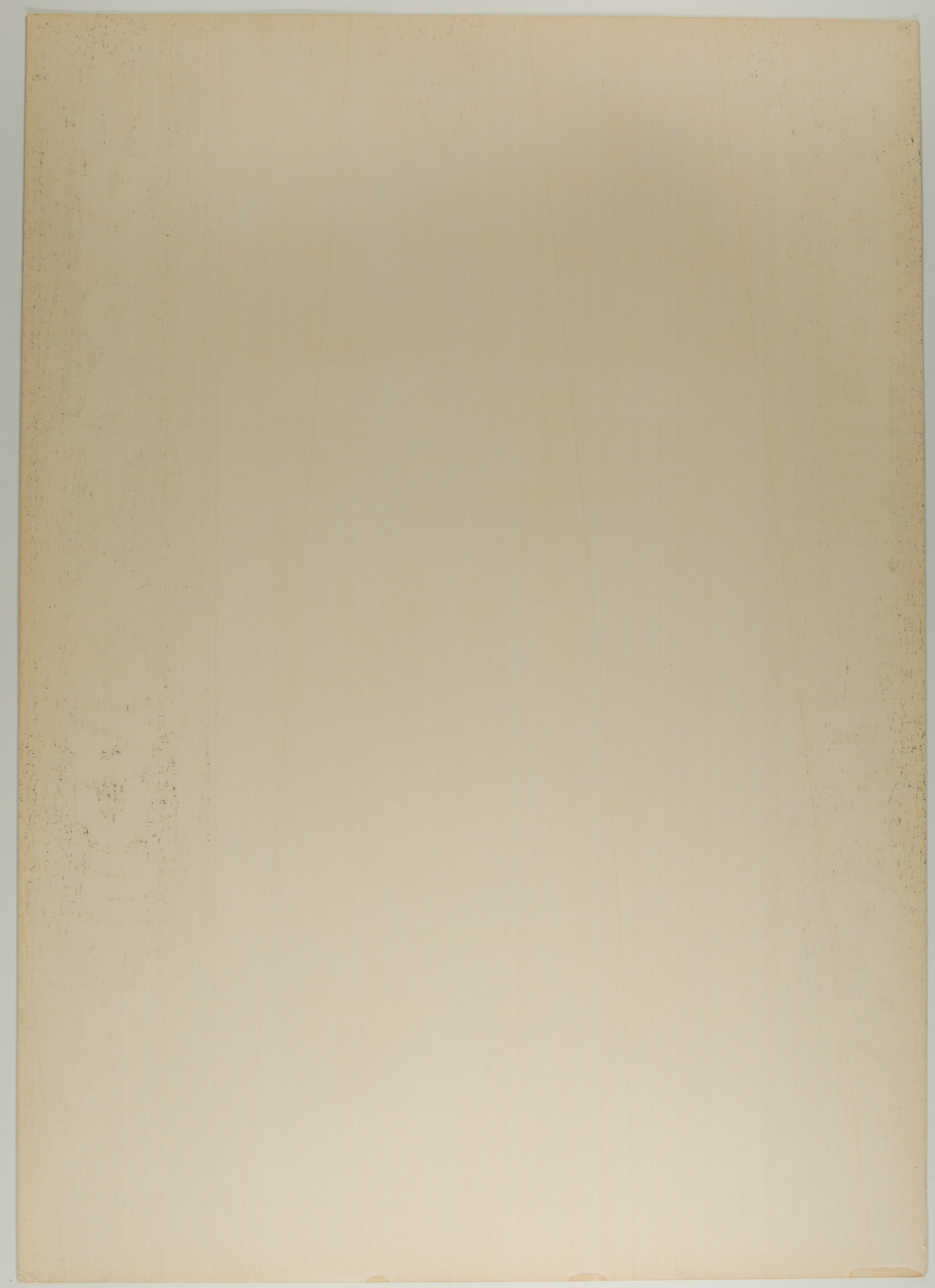 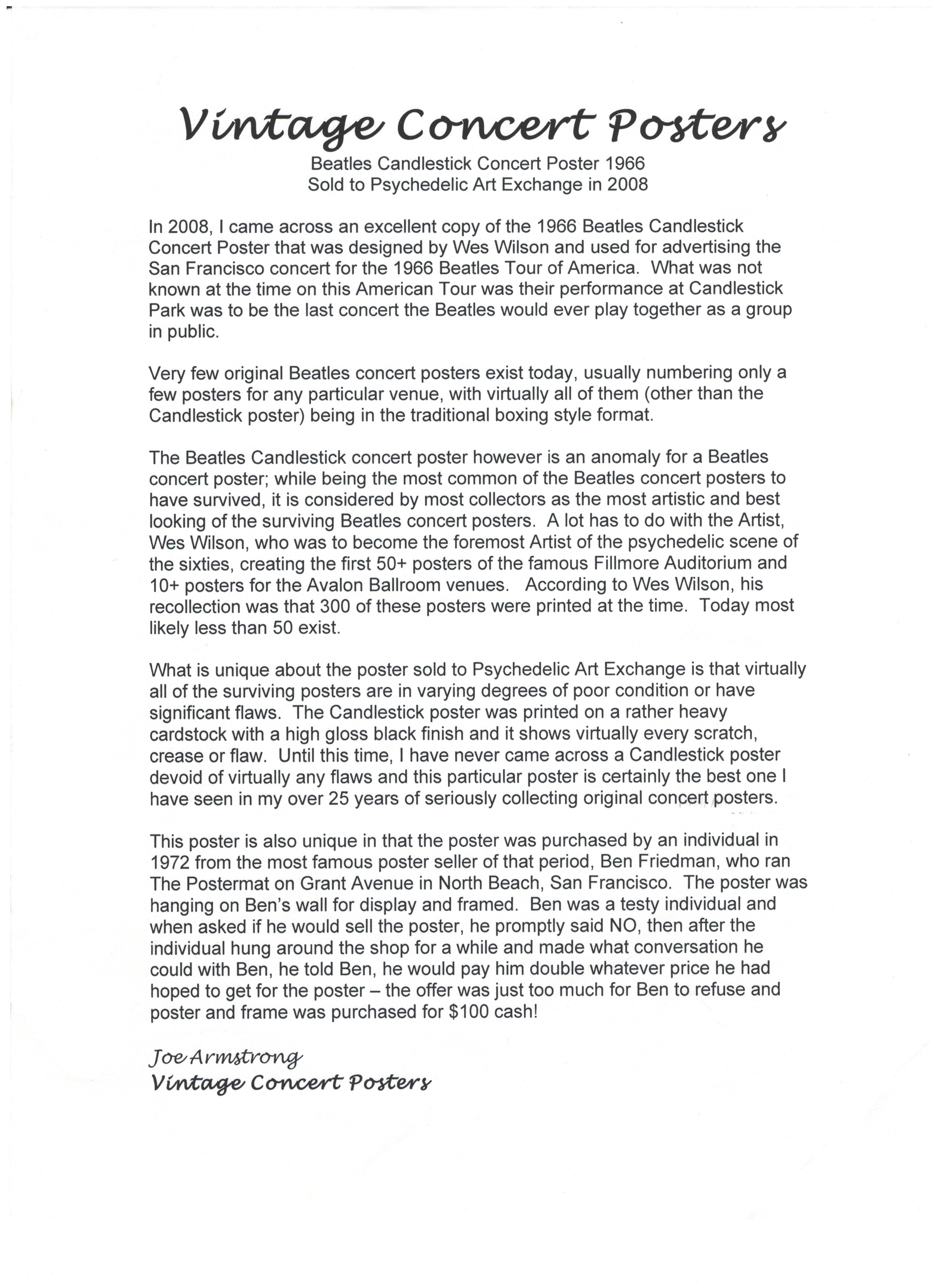 This large cardboard poster was designed by legendary psychedelic poster artist Wes Wilson. It is unique amongst Beatles posters because it features psychedelic imagery as provided by Wilson in contrast to the “boxing style “ that was used for all other Beatles posters.

This poster was only released in a tiny quantity of 300 pieces and is as bright and crisp as the day it was printed. Most experts believe than less than 50 examples remain in ANY condition and that the number of surviving Mint Condition examples can be counted on one hand.

While not perfect by any means this example grades PAE Mint 93/95 according to the very strict grading standards of the Psychedelic Art Exchange. This poster was originally brokered by us in 2008 and is now back on the market 8 years later.This poster is 100% Original with no restoration of any kind. There are also no pinholes nicks cuts or tears. This poster would be a perfect candidate to be independently graded by CGC but it's large size is not currently accepted by CGC at this time.

In 2008 we acquired the poster  through legendary poster collector Joe Armstrong. Joe is universally considered to be one of the most knowledgeable poster collectors in the world and provided a letter with the poster (which the winning bidder will receive with this lot and is photographed here)  stating the following:

“According to Wes Wilson his recollection is that 300 of these posters were printed at the time. Today most likely less than 50 exist. What is unique about the poster sold to Psychedelic Art Exchange is that virtually all of the surviving posters are in varying degrees of poor condition or have significant flaws. Until this time I have never come across a Candlestick poster devoid of virtually any flaws and this particular poster is certainly the best one I have seen in my over 25 years of seriously collecting original concert posters."

Armstrong continues "This poster is also unique in that the poster was purchased by an individual in 1972 from the most famous poster seller of that period Ben Friedman who ran The Postermat on Grant Avenue in North Beach San Francisco. The poster was hanging on Ben’s wall for display and was framed. When asked if he would sell the poster Ben promptly said”NO! The collector told Ben he would pay him double whatever he hoped to get for the poster—this offer was too much for Ben to refuse and the poster and frame was purchased for $100 cash!”

If there is any question about the long term trend of values for posters such as this consider the fact that the two most recent Beatles Candlestick Park posters to appear at auction were a restored piece that brought $10 068 on 9/1/16 and a piece cataloged as being in "excellent condition" which brought $10 098 on 12/4/16. An example with a corner bend in the lower right corner and a bend all along the bottom edge of the poster brought $13 282 on 9/4/14.

The one lucky collector that gets to add this poster to their collection will be just the third owner since 1972! This poster has it all incredible rarity the finest state of preservation and unsurpassed historical importance. The ultimate “Blue Chip” collectible!

Poster - The Beatles. Candlestick Park
Grade – PAE Mint 93/95
Bands/Bill – The Beatles The Cyrkle The Ronettes The Reamians
Venue – Candlestick Park
City – San Francisco California
Date – 8/29/66
Dimensions – 17 1/8 ” x 24 1/8”
Artist – Wes Wilson
Series/ Promoter – Tempo Productions
A.O.R # - 1.115
Condition details- Tiny 1/16- 1/8 inch corner bumps in each corner. There is a 1” area of handling just to the left of the K in Candlestick at the bottom left. There are very small light brownish stains on the bottom edge visible only from the back.