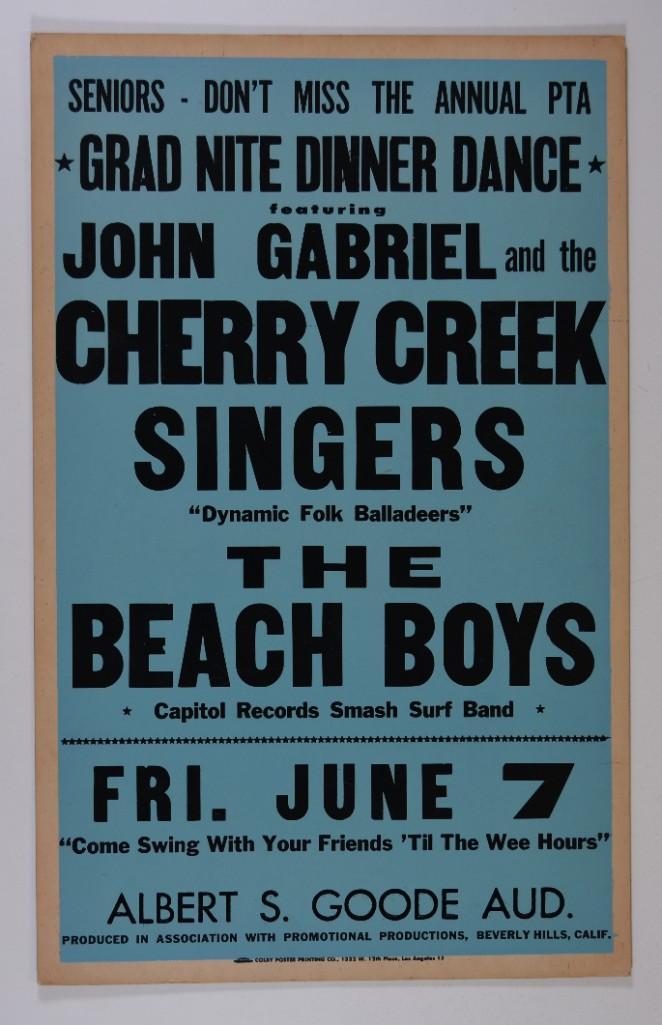 The Beach Boys were a major force in American popular music. The songwriting skills of Brian Wilson are well admired by fans of every generation.

This cardboard poster was produced early in the band's career for a performance at the Albert S. Goode Auditorium in Bakersfield, CA on June 7th, 1963. This was just a few months after the Beach Boys released their second studio album, Surfin' USA.

This RARE poster has never been auctioned before, and remains in great condition for a piece this old!