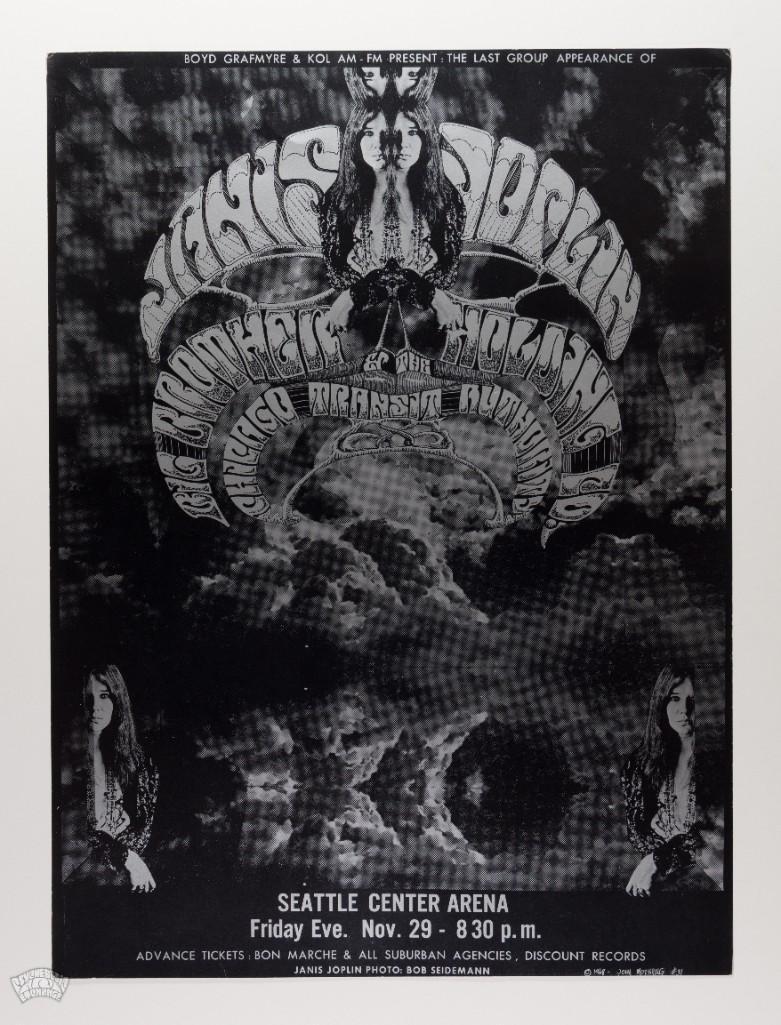 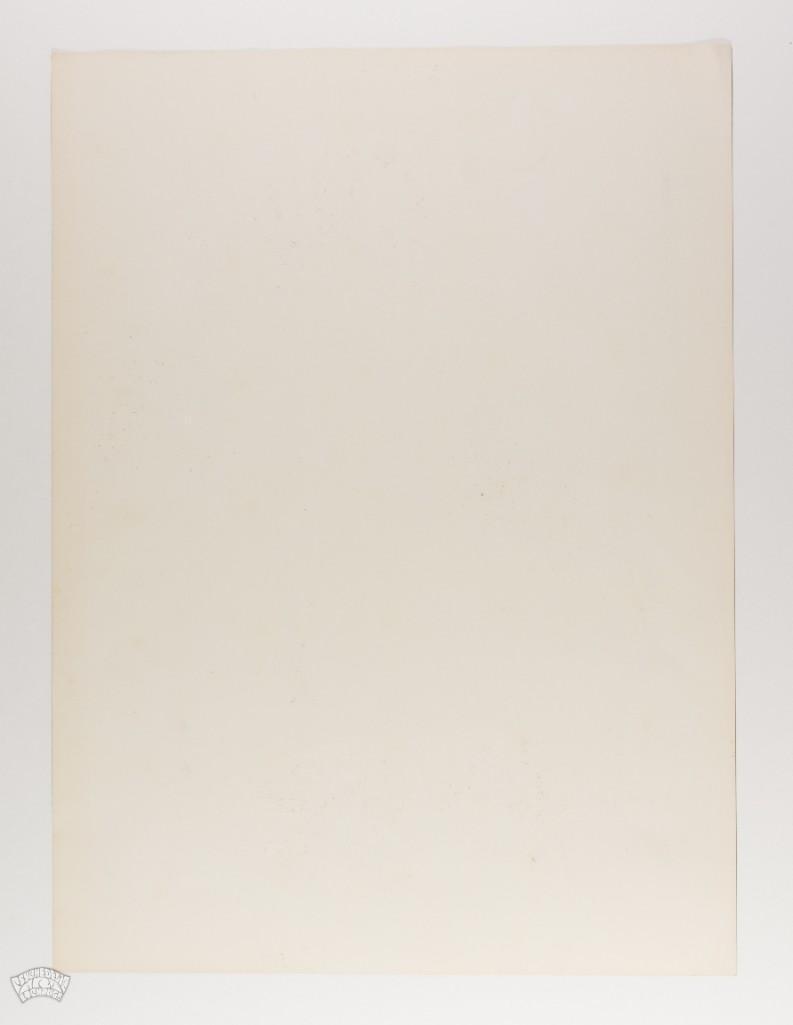 In late September of 1968, Manager Albert Grossman announced an "amicable split" will soon occur between Janis Joplin and her band, Big Brother & The Holding Company. A few weeks later, Grossman asked Mike Bloomfield and Nick Gravenites to help Janis put together a new band. Throughout the months of October and November, Janis and Big Brother continued to perform together.

This amazing poster here is from the November 29th concert at the Seattle Civic Arena. It lists at the top of the piece "The Last Group Appearance of". At the time this poster was produced, that could have very well been the plan, however it should be noted their actual FINAL show together was at the Avalon for a benefit show 2 days later. Nevertheless, this poster is an important link during that transitional period of Janis stepping out on her own and leaving Big Brother.

The Seattle Center Arena changed its name to Eagles Auditorium a year later. The graphics and lettering designed by artist John Moehring on this piece are reminiscent of the lettering styles originated by Wes Wilson and other big five artists.

According to various records and archives about Joplin, there has been some speculation about whether or not this concert actually happened. After much research, we have concluded that the show DID occur. There are no known set lists or recordings, however several people have reported attending this concert and have confirmed it took place as scheduled.

The day after this show, Janis & Big Brother also performed at Pacific Coliseum in Vancouver before heading to San Francisco for their final performance together. This is a unique and extremely rare piece of Joplin history and should not be overlooked.