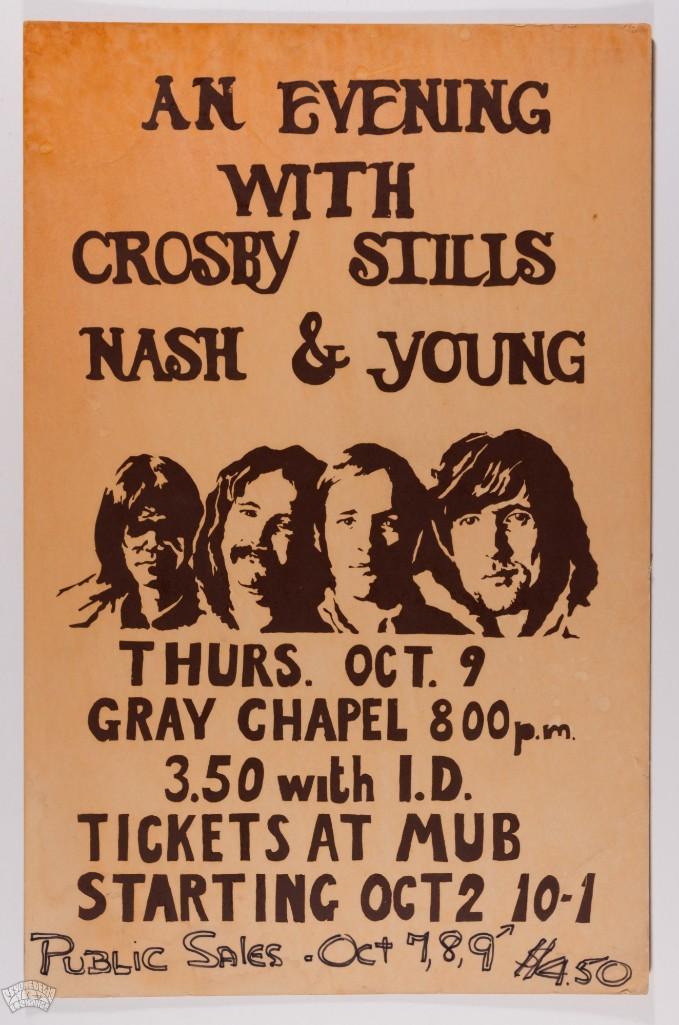 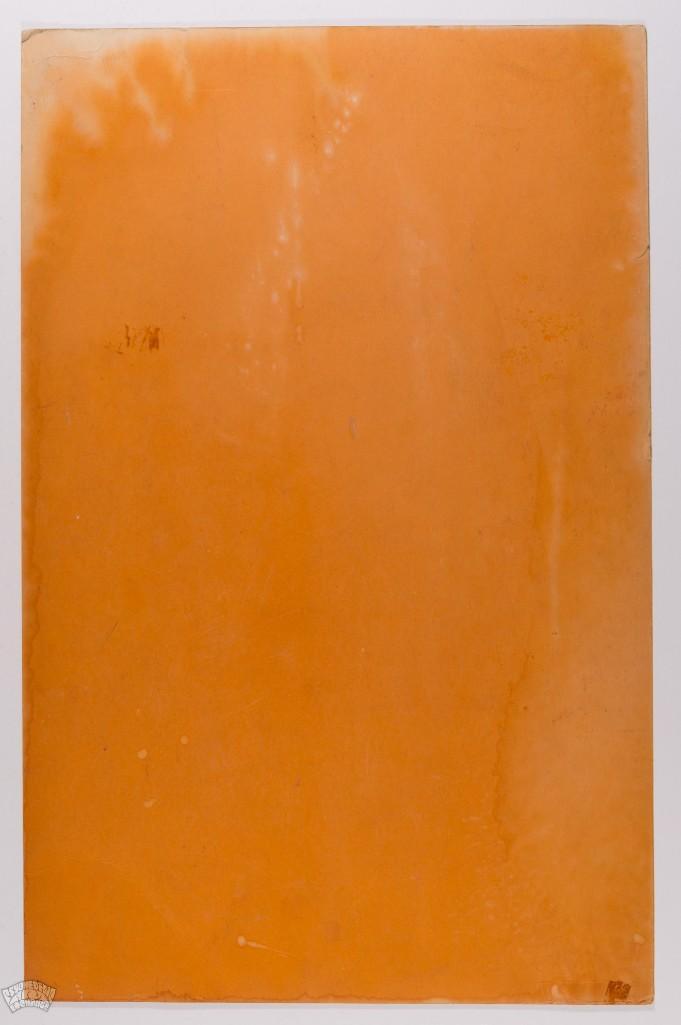 This cardboard rarity advertised THE Super Group of the Woodstock generation, Crosby Stills Nash and Young. The history of this quartet overflows with all the juicy elements of LA's Rock scene in the 60s. The powerful synergies of the bands members created some of the greatest music ever set against a backdrop of Sex, Drugs, Ego clashes and human drama. This is the stuff that makes great art. Deja Vu is one of those albums that just brought rock to a new level. Each member was forced to be reckoned with in their own right. Yet, it was Neil that added the x factor. His irascible nature and raw energy was the piece of grit that formed the pearl.

For what it's worth, anyone interested in the blow by blow details of this wild ride would be advised to pick up a copy of David Browne's "Crosby, Stills, Nash and Young, The Wild, Definitive Saga of Rock's Greatest Supergroup".

This poster was for a show at Ohio Wesleyan University. The print is a small run screen printed poster that was never intended to survive the past 50 plus years. The show is not traceable by web research and may have been canceled as 9 days prior to the event date on the poster, David Crosby's girlfriend died in a tragic car accident and threw the singer into a very dark and sad place. Several shows were canceled as a result. The consignor of the poster got it from the original owner who was a Wesleyan Student at the time. We believe this to be a one of a kind find as we can trace no previous sales of this poster. The band was at its tumultuous best at the time, just 3 months after their debut performance at Woodstock.