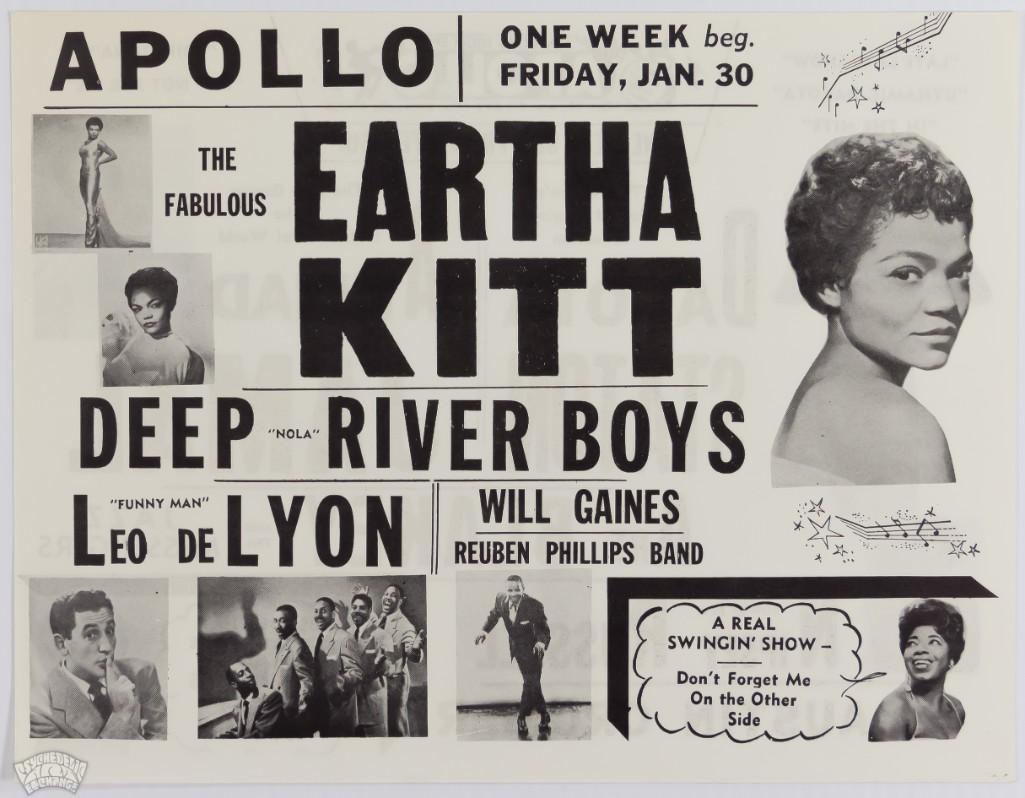 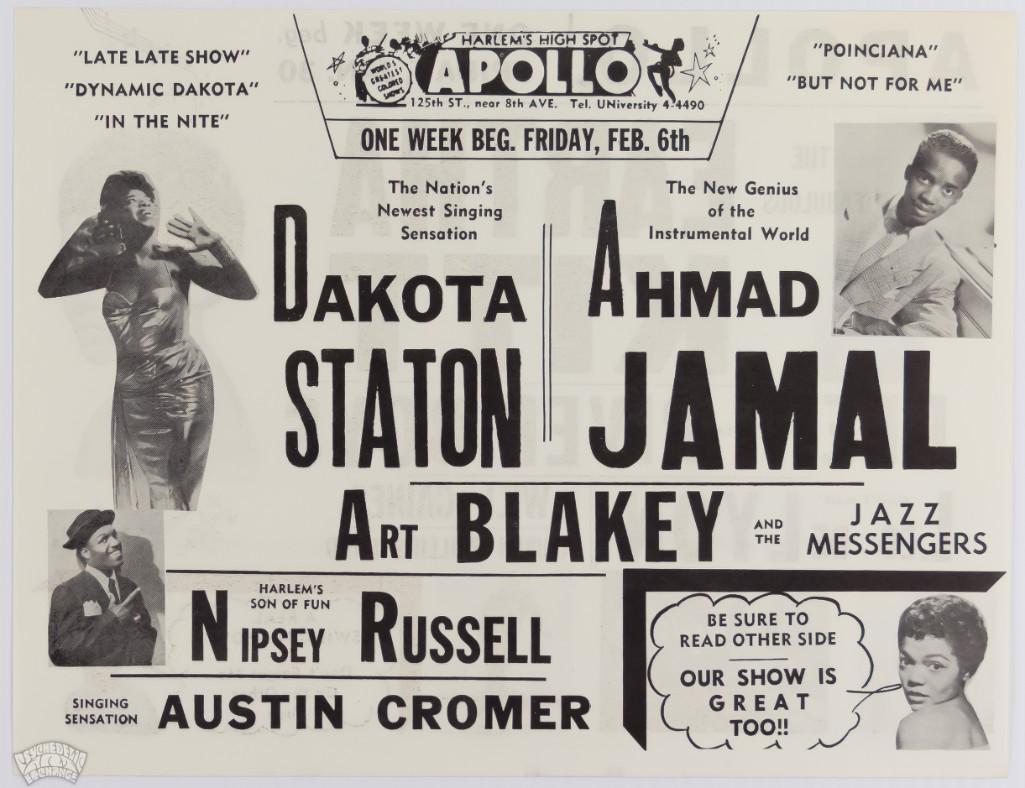 An original, double-sided Handbill from the Apollo in 1953! The fabulous EARTHA KITT is featured on the front of this piece, during her singing career peak. Kitt's unique style was enhanced as she became very fluent in french and scored a hit with her version of "C'est si bon". It's worth mentioning we all fondly remember her awesome appearance as Catwoman in the 1967 Batman TV show. Kitt was also very active in numerous social causes, as well as a positive advocate for LGBT rights & same-sex marriage, which she considered to be a civil right. In addition, one of the most talented jazz drummers / band leaders to ever walk the earth - the late great ART BLAKEY - is showcased on the back of this double sided handbill lineup! Blakey was in the early stages of his own band, The Jazz Messengers during the mid-50's, having already worked with legends like Charlie Parker and Dizzy Gillespie several years prior. The first month of 1953 was certainly a party at the Apollo.

Billing itself as a place "where stars are born and legends are made," the Apollo became famous for launching the careers of many incredible artists. The venue is currently a historical landmark. Ella Fitzgerald made her singing debut at the Apollo when she was 17 years old. This vintage 1953 handbill is in High Quality Condition!