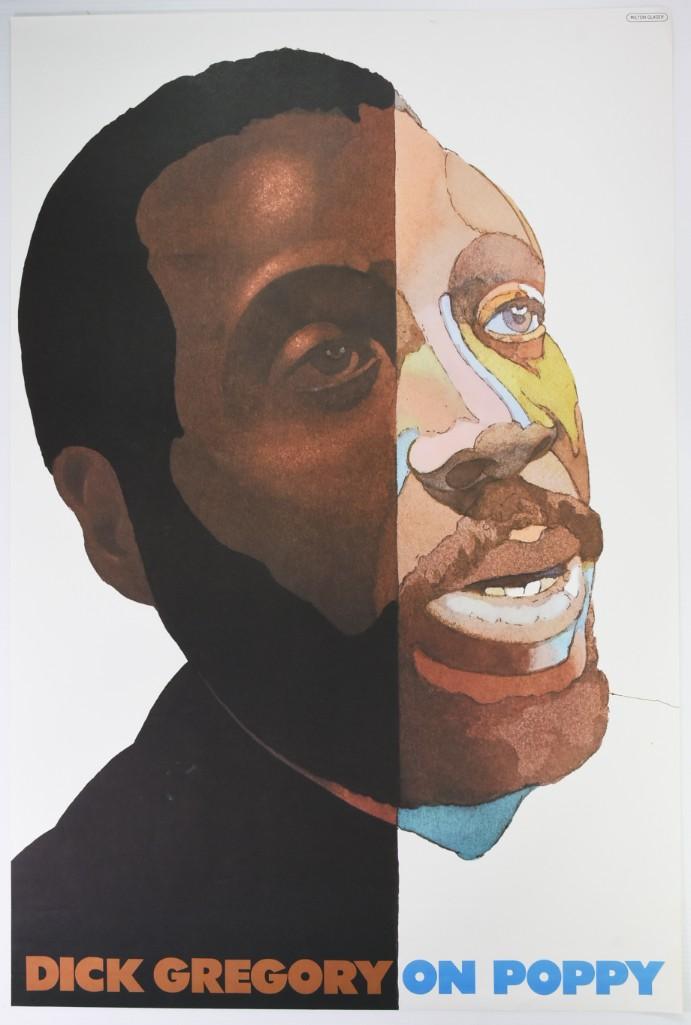 Designed by noted artist Milton Glaser, this poster was produced by Poppy Records to promote Dick Gregory on the label and recent album release. Dick Gregory was a standup comedian turned activist, who ran for President on his Freedom & Peace Party. Gregory was at the forefront of political activism in the 1960s, and he protested the Vietnam War and racial injustice. He later became a speaker and author, primarily promoting spirituality. He passed away in 2017. This is a glorious period piece designed by one of the most famous artists of the era, Milton Glaser.