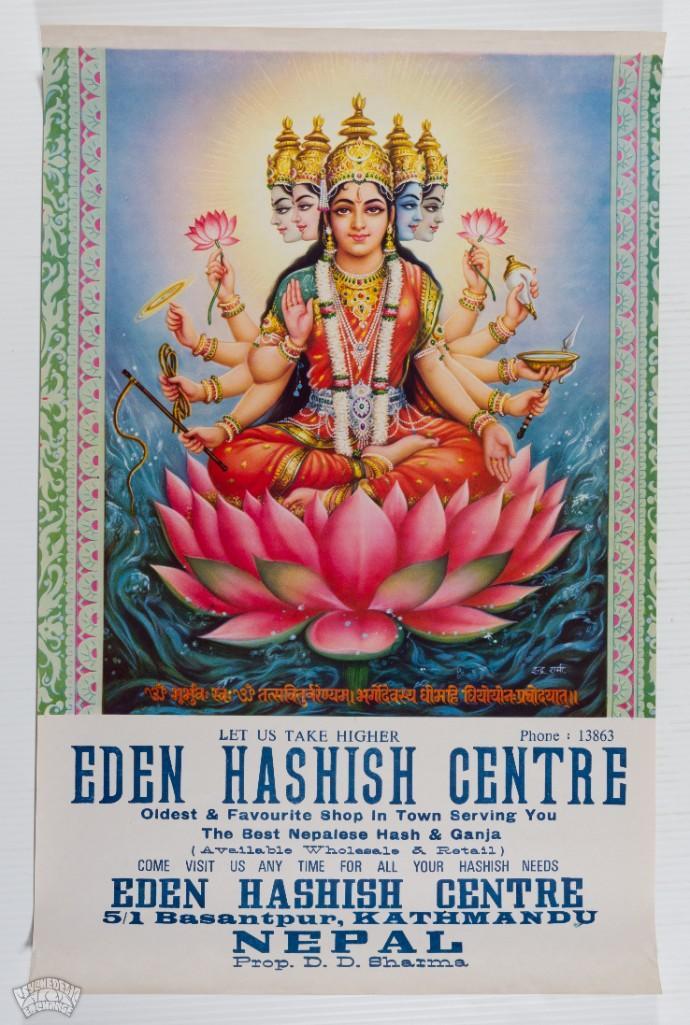 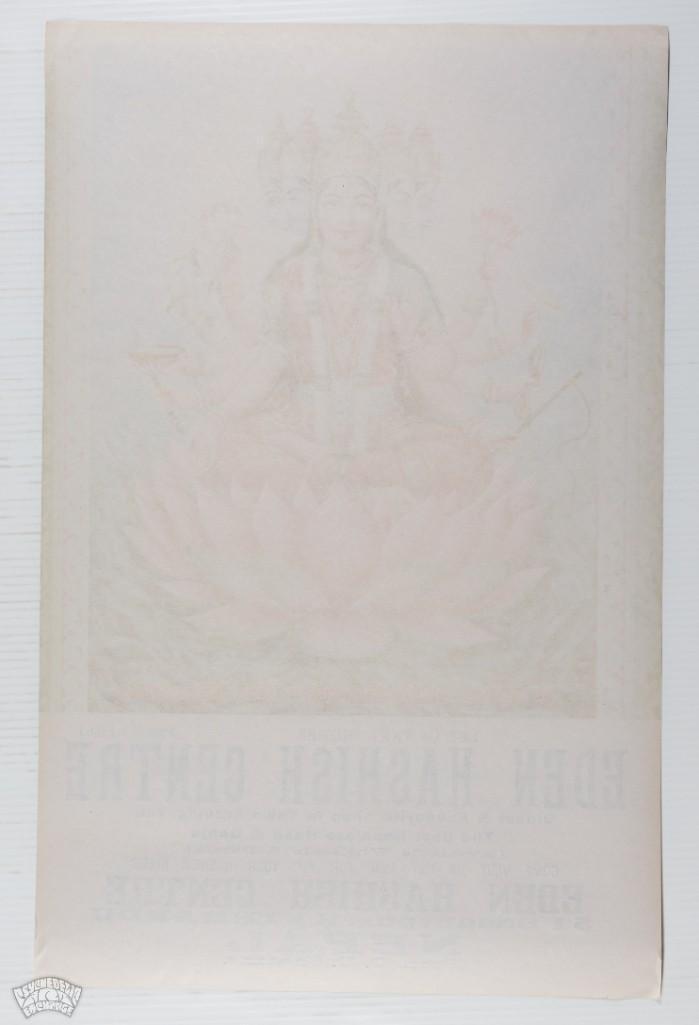 Occasionally we feel compelled to offer posters that are slightly outside of our area of expertise, yet extremely compelling to those who collect psychedelic posters. In this case we find that the posters from the Eden Hashish Centre to be truly original, scarce and valuable! The Eden Hashish Center operated in Katmandu, Nepal from 1962 thru 1973 when they were shut down by the Nepalese government due to pressure from the Nixon administration. Until then, cannabis products were sold legally by licensed shops much like the Netherlands. The centre created a run of posters that featured various Hindu deities as well as other enlightened beings. These images are both mystifying and beautiful. They utilized modern printing techniques that had previously been scarce in that part of the world. This lovely example is one of their earliest promotional posters, with their first location listed at the bottom. "Oldest & Favourite Shop in Town Serving You The Best Nepalese Hash & Ganja". As with 1960's concert posters, we believe that these original posters are incredibly underappreciated and undervalued.