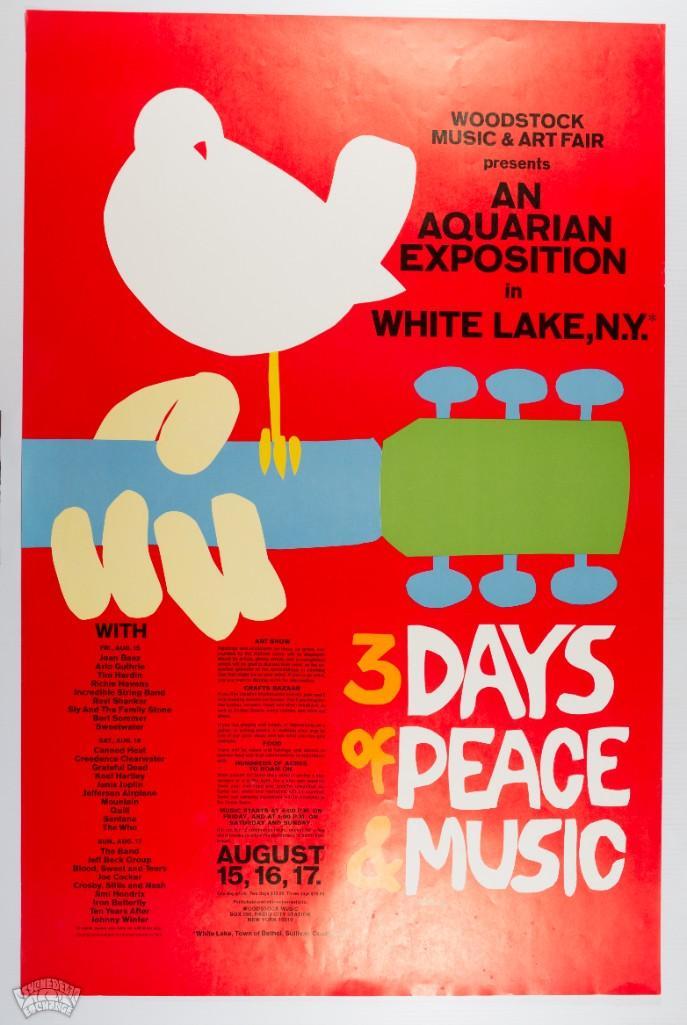 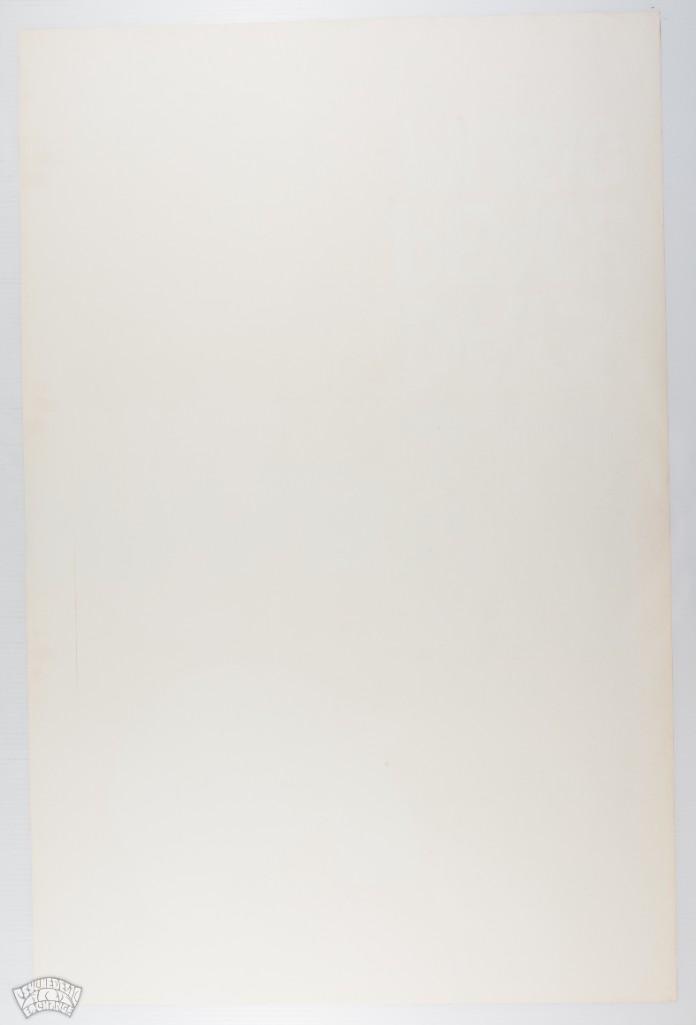 This classic original printing poster was produced in two different sizes. This is the highly coveted LARGE version!

The Woodstock Music and Arts Festival is legendary. It represented the peak of the 1960's music scene. In many ways, it also signified the end of the era. The poster for the event is iconic and deserves a place in every collection! The Original First Printing of this issue, like this one here, can be easily identified by a small piece of red extending from the second arch inside the white area of the letter "M" in Music.

Woodstock was a notorious Grateful Dead performance. They were a band that rarely came through when faced with great expectation and hype. At Woodstock, they had to play during the rain and were getting shocked by a poorly grounded set up. As a result, Bob Weir was having a bad trip. It did not go well for the band that night. However the performances of many others, including Jimi Hendrix, CSNY, The Band and Janis Joplin have become permanently etched in stone as some of the finest live sets ever!

Series/Promoter ?? Michael Lang and others