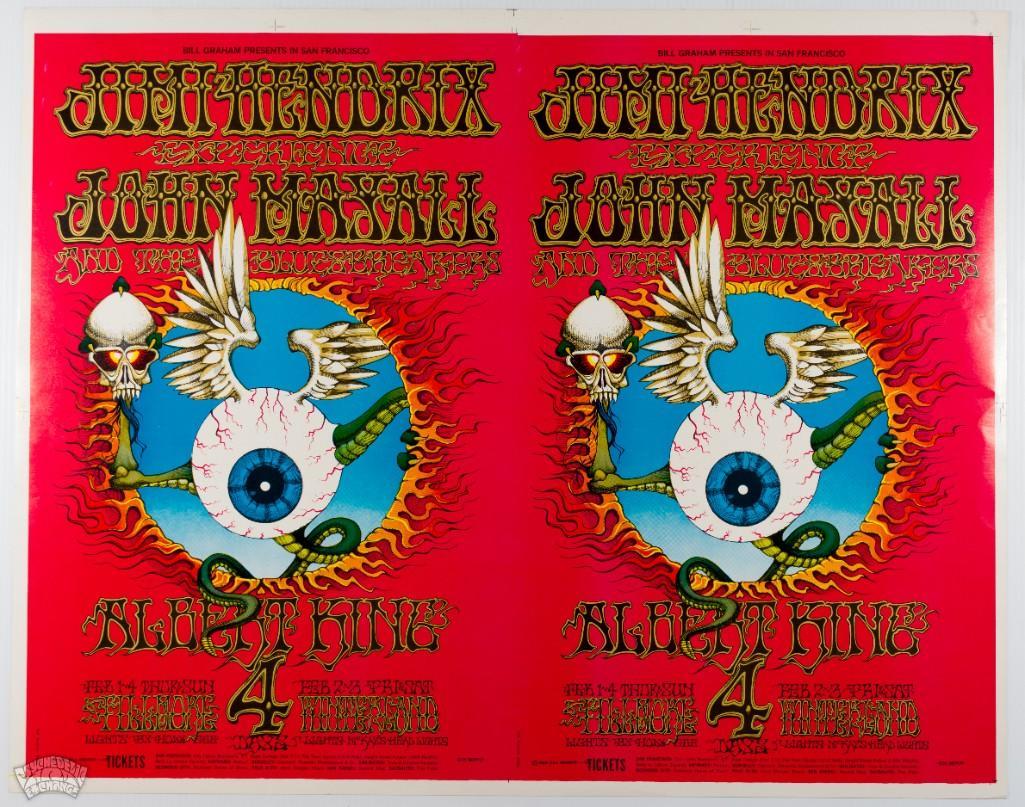 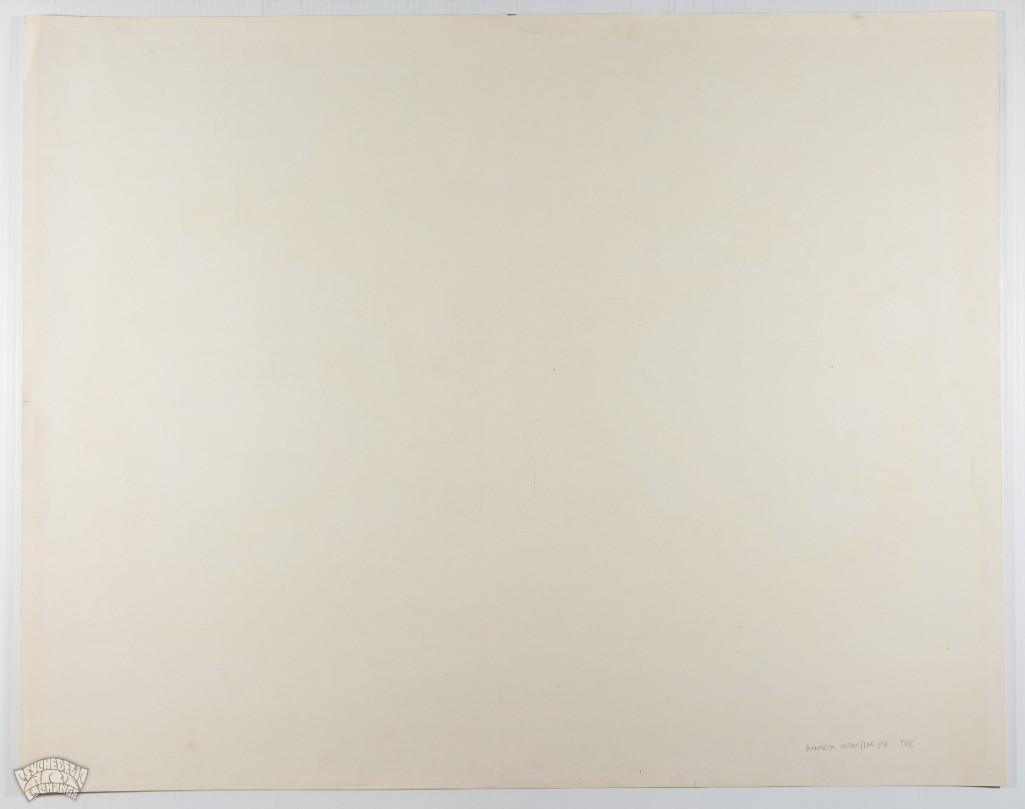 For the first time in our auction, an Uncut RP-2, second printing poster of the fabulous BG-105 Jimi Hendrix issue. This lot offers the official second printing of what is considered by many collectors to be the most famous concert poster from the 1960s, Rick Griffin's masterpiece, the BG-105. It features what is arguably the best artwork ever rendered for a rock concert poster. This poster works on every level. It was created by the most inventive artist of the genre. It's promoting the most striking musician of the era at the most famous venue of all!

The story behind the poster is that promoter Bill Graham dropped the ball the first time Hendrix played the Fillmore by placing the groundbreaking guitarist third on the bill (BG-69). The next time Hendrix came around, it was made clear to Graham by Hendrix management that he needed to make up for his previous lack of judgment. Of course he went straight to Rick Griffin to create the best possible work of art. The rest is history.

This uncut double sized sheet issue of the RP-2 printing has pencil on the reverse bottom right corner. This item was too big for CGC encapsulation