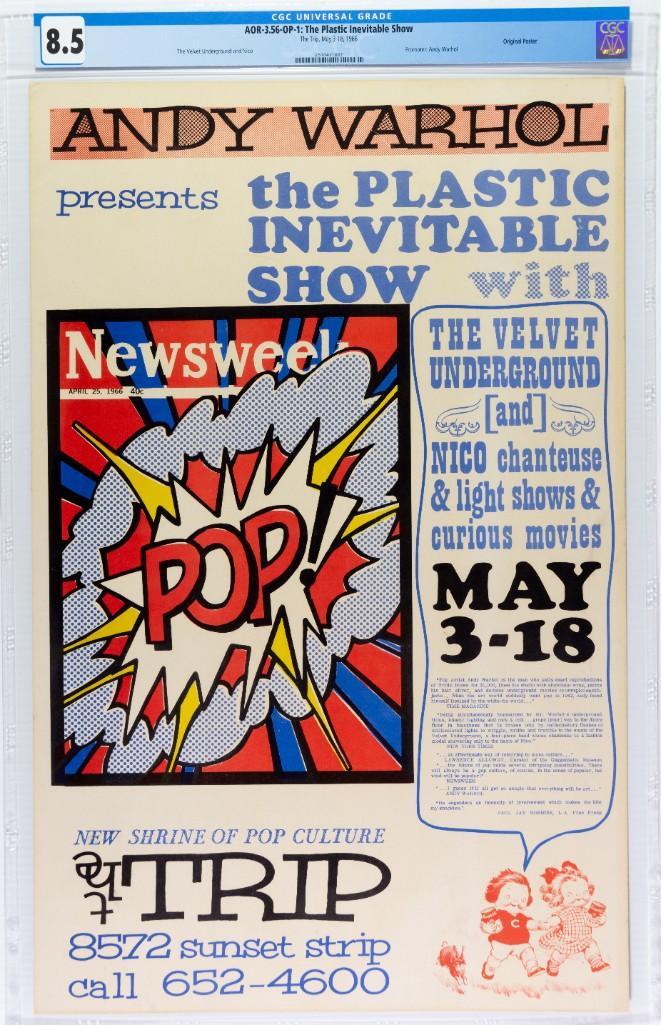 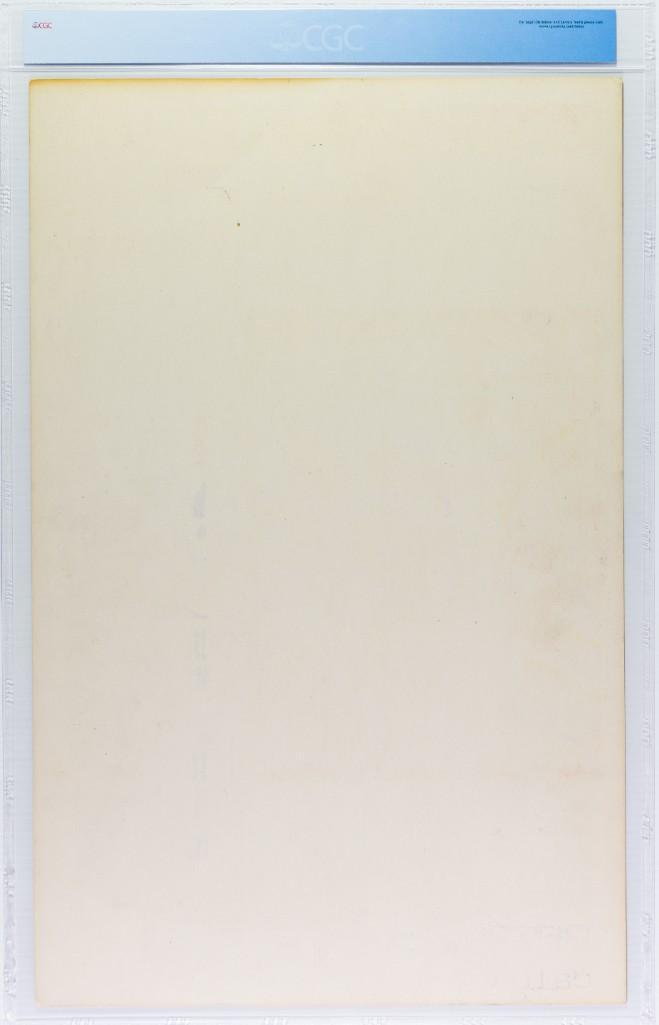 The Warhol "Trip" Poster (AOR 3.56) is one of those rare collectibles that has the power to transport the viewer to another time and place. In this case, the time machine is set to when Andy Warhol and the Velvet Underground descended upon LAs Sunset Strip in 1966. 1966 was no ordinary year and The Velvet Underground was no ordinary rock band. They were a culture-shifting force born from the depths of the Greenwich Village Beat Movement. With the help of their benefactor, New York/Pop Artist/Filmmaker/Scene Stealer -Warhol, they smashed every convention they could get their hands on. Their innovative sound and gritty bohemian style have influenced our culture indelibly. The Warhol/Velvet collaboration evolved into a multi-media event entitled "Andy Warhol & the Plastic Inevitable Show". After a short historic run at a Times Square theater, they took the show on the road to California where their style dramatically clashed with the "flower power" trend of the moment. This story is beautifully told in the acclaimed documentary "The Velvet Underground" by Todd Haynes. The film opened last month in NYC to rave reviews and is now available on APPLE TV. We recommend for anyone seriously interested in bidding on this poster to watch this film, as this poster is one of the stars of the show!This poster itself will appeal to wide spectrum collectors. It would clearly be a centerpiece in any concert poster collection, yet beyond that "niche" market where this poster currently resides, there is a much larger world of collectors that isn't even aware that this exists. When "Fine Art" buyers become aware of this poster we believe it will change the game immeasurably. In our experience, whenever serious collectors from adjacent categories discover concert posters it's completely understood. The material speaks for itself.The design is ironically joyful and bright in the light of the event it was pitching. The campy references to Roy Lichtenstein's Newsweek cover and the Campbell Soup Kids may have been cliche but the poster still works 55 years later!The poster is screen printed on cardboard which indicates a low print run. We estimate an original print run of 200 copies or less. This copy is in top condition. Corner creases and age-appropriate toning are the only condition factors. The poster was never nailed up as is the case with the handful of copies we’ve sold over the years. There was reportedly a small stash of clean copies that was unearthed several decades ago. Those posters were quickly absorbed by private collectors. Undamaged copies do come to sale from time to time but they always get top dollar. We expect the bidding to be lively so don’t forget to follow this lot so you can watch the action in live bidding.