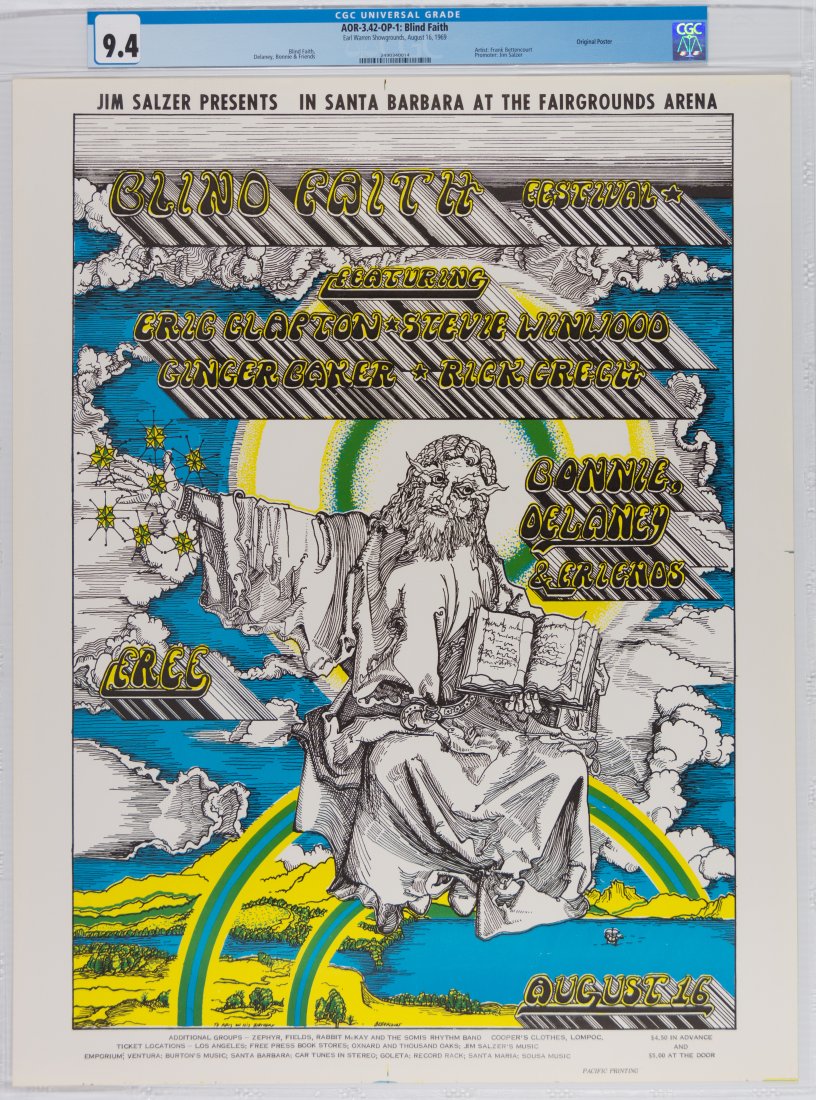 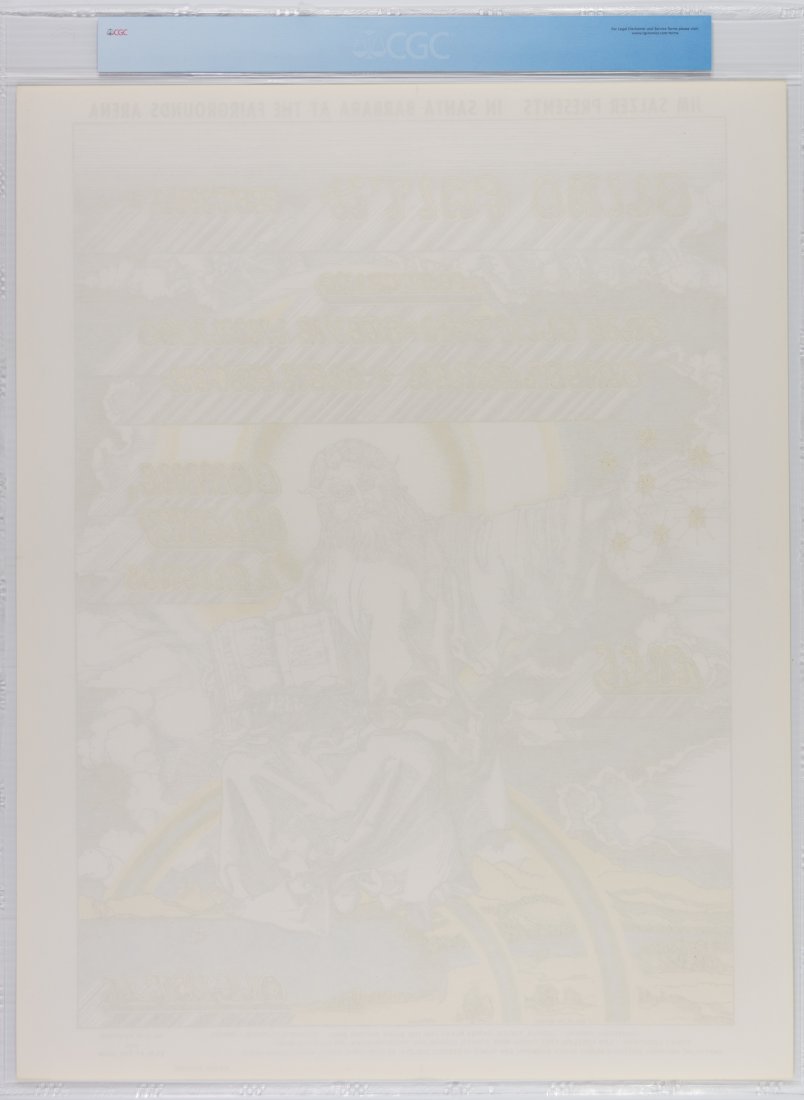 First Printing, Earl Warren Original Posters graded by CGC are fan favorites, and this is a classic featuring the legendary Blind Faith: Eric Clapton, Steve Winwood, Ginger Baker, along with Delaney Bonnie & Friends, which is a band Clapton also spent some time with sitting in on recording their album. This 100% Original, Pre-concert first printing poster is very popular with collectors, in any condition. The artwork was designed by Frank Bettencourt and the show was promoted by Jim Salzer. Last year, Jim Salzer passed away at age 78, suddenly and unexpectedly from complications involving a previous neck injury. His lasting legacy is well known in the industry. First as a guitarist and singer, then as a rock show promoter who booked big names like the Rolling Stones, Jimi Hendrix, and Led Zeppelin. He briefly managed the Doors during the early years, and he frequently brought in major bands of the era to Ventura and Santa Barbara. Salzer's owned & operated record shop has been a legendary fixture for decades - and still stands today.