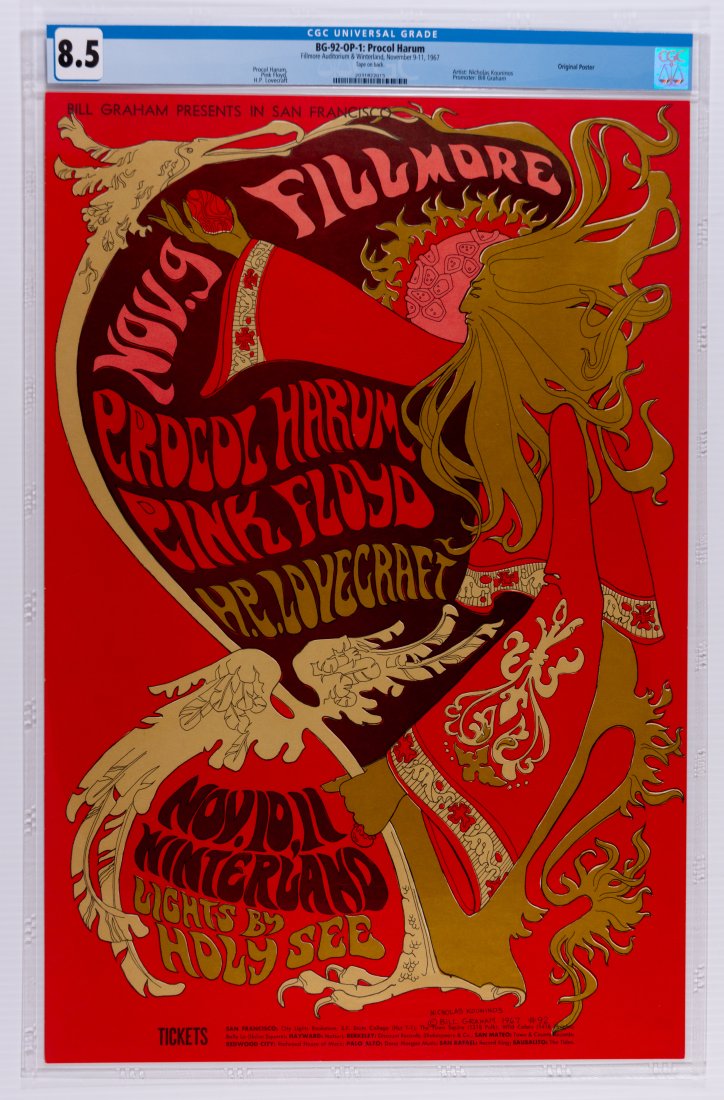 At PAE, we love seeking out vintage material, and our goal is to offer the collecting community the most SPECIAL items. This lot exemplifies everything we enjoy about that process! An early Pink Floyd title that seldom surfaces (only the 3rd CGC graded example we've auctioned), the BG-92 is one of those rare gems of the numbered series that was produced by a lesser known artist, Nicholas Kounios. Legend has it that Kounios designed the wizard figure based on his interpretation of Gandalf, from The Lord of the Rings by JRR Tolken. This run of shows at the Fillmore and Winterland during early November of 1967 featured the Syd Barrett era Pink Floyd, and the new band Procul Harum. These were the first shows for the British-based Procul Harum, and the band credited The Fillmore with helping to create their style. In addition, Pink Floyd had actually been booked at the venue a couple weeks prior at the end of October (BG-90), however those shows were cancelled and re-scheduled for this November run because the US Immigration authorities delayed the issue of their work permits. It's no secret early Pink Floyd material is some of the most popular, hunted and cherished collectibles in the market. It cannot be overstated how scarce this First Printing poster is! Don't pass up this chance to acquire one of the most sought after posters of the BG series!