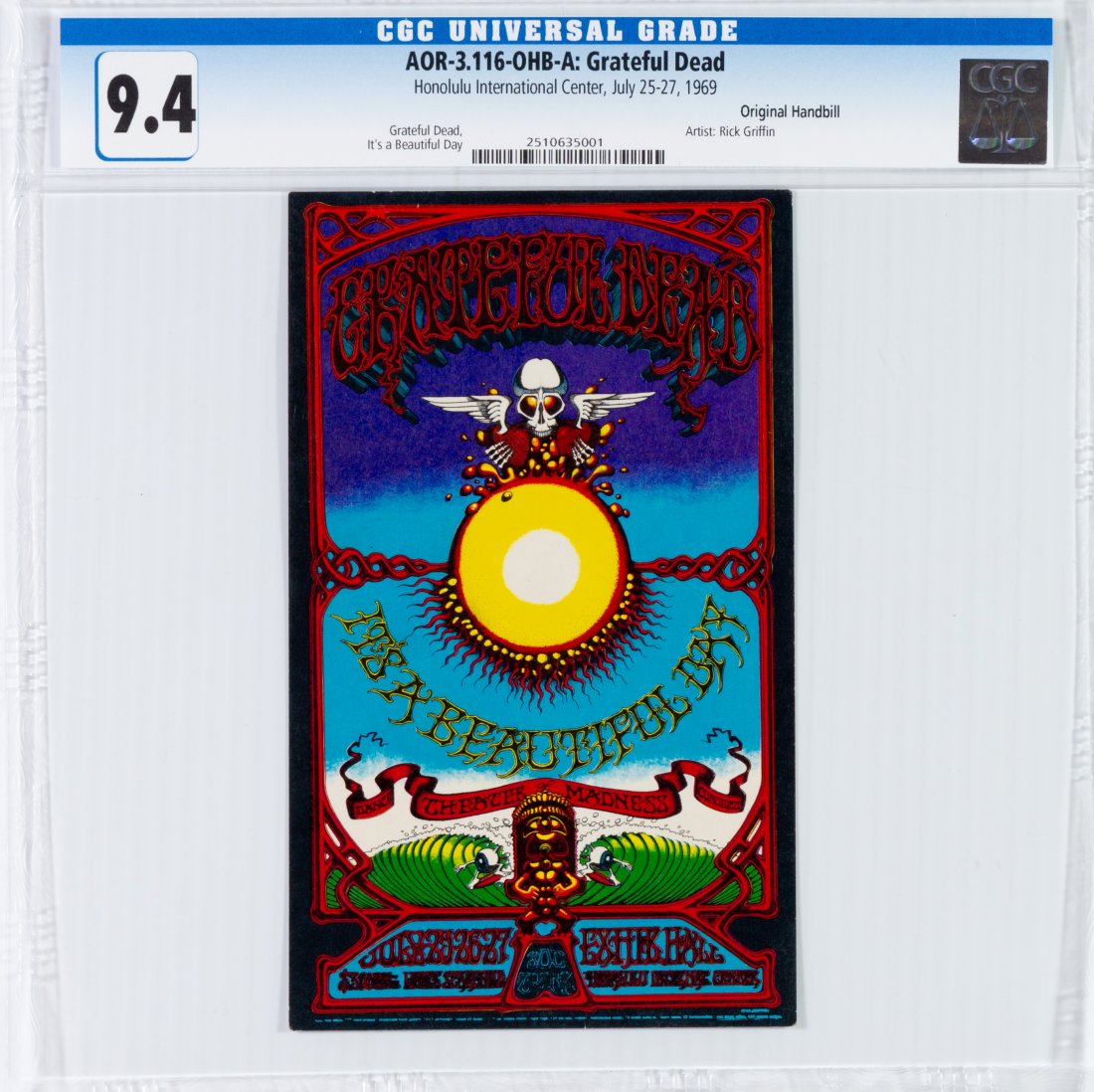 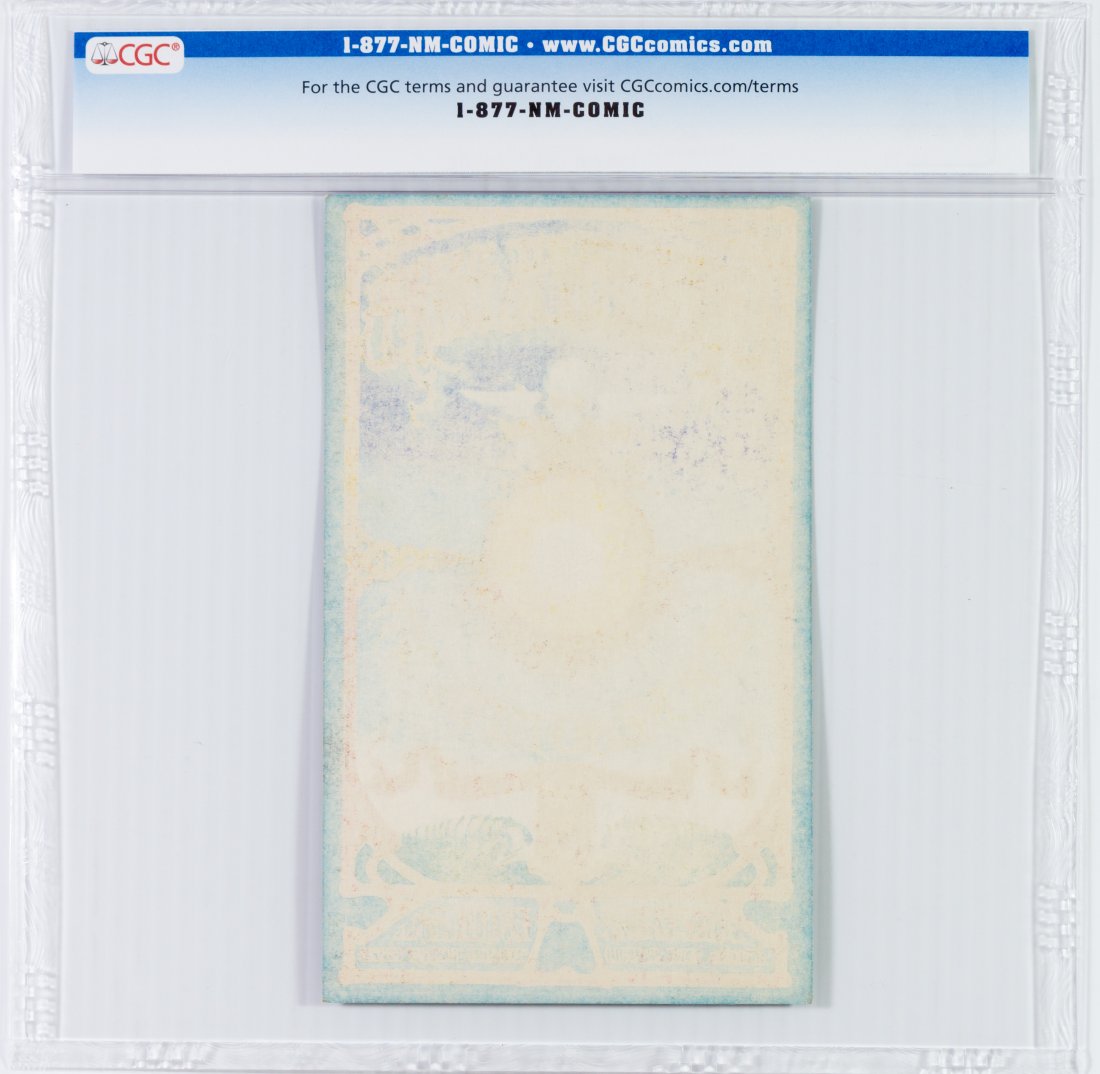 We are pleased to offer in this auction an original Grateful Dead concert handbill that is a must-have item for collectors of the Band.The Hawaiian Aoxomoxoa (AOR 3.116) is one of the most requested Grateful Dead posters of all time. The piece was created by Rick Griffin, who is adored by fans for his incomparable lettering style and wild psychedelic imagery. The original poster is one of the most difficult Grateful Dead collectibles to find in any condition. The posters and uncut printers proofs of this art demand top dollar whenever they come up for sale. The REPRINT poster routinely sells for over $1000 in our auction. The handbill in itself is quite scarce and few remain in undamaged condition. We have sold several examples over the years, none graded than higher a CGC 6.5. The CGC 9.4 offered here is the highest graded copy currently on the CGC poster population report. The Hawaii Aoxomoxoa is the companion piece to Griffin’s most well-known Grateful Dead poster (AOR 2.24). That classic Dead poster was originally commissioned by Soundproof Productions for a January 1969 Grateful Dead, Avalon Ballroom concert. Later that year that image was selected as the cover art for the band’s 3rd Studio album. It has since become one of the most widely recognized images associated with the Dead. The posters and handbills were originally produced to promote a three-day event at the Honolulu International Center in 1968. The concerts were to feature The Grateful Dead with It's a Beautiful Day in support. The show was canceled and most of the original print run was destroyed. The details surrounding the surviving copies have remained a source of speculation for decades. Additionally, the year that the poster was printed was erroneously identified as 1969 in “The Art of Rock”, a 1987 coffee table book that has since its publication become the collector’s resource for this hobby. CGC also incorrectly lists the year of the poster as 1969 on their label. The independent grading company sources the “Art of Rock” directly for their labeling. Careful research by serious poster experts has concluded that Griffin created the poster in 1968 and that the Hawaiian poster art actually pre-dates the Aoxomoxoa album cover art.