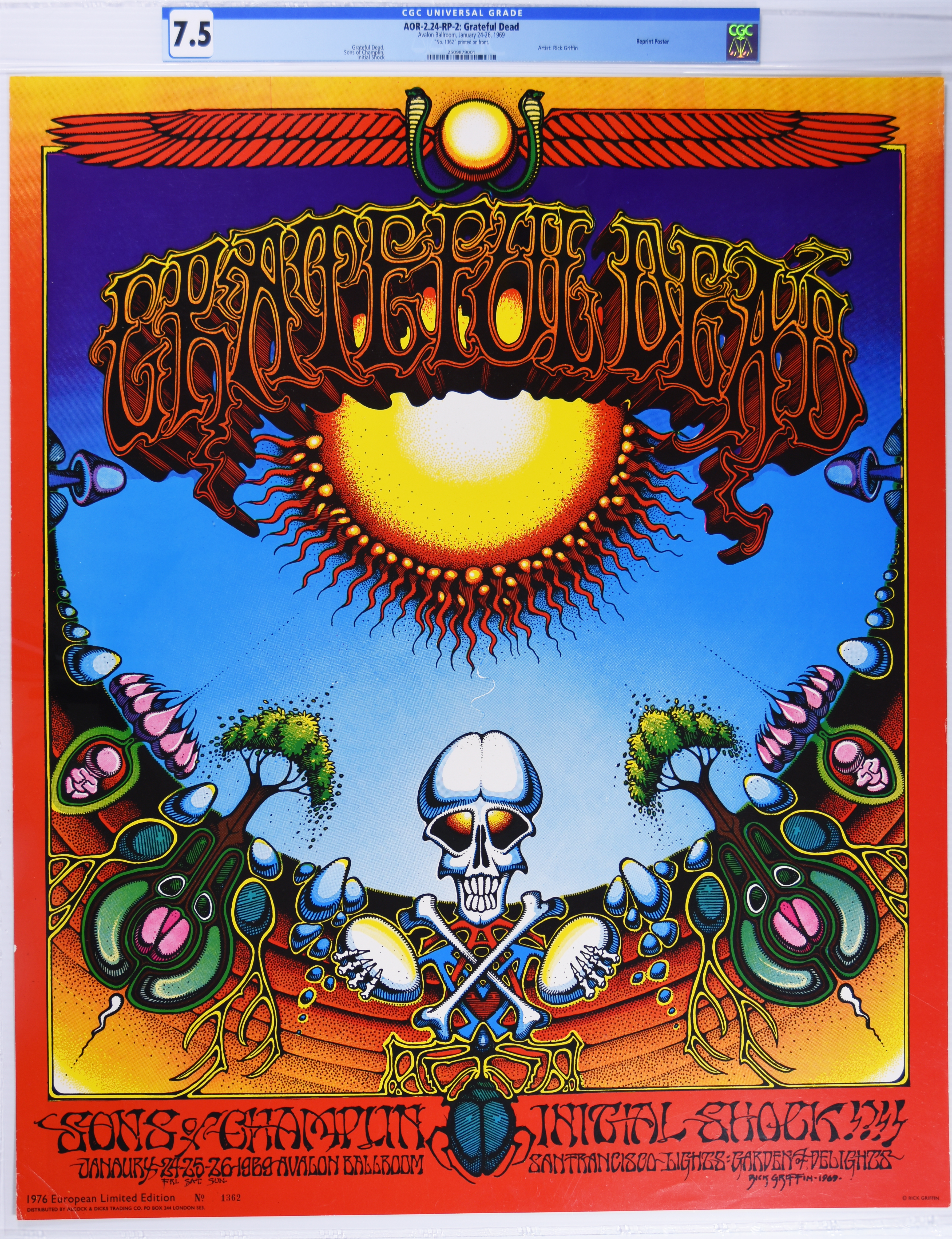 Rick Griffin's Masterpiece “Aoxomoxoa” is one of the most requested Grateful Dead designs of all time. The image was created for a 1969 Avalon Ballroom performance by the Dead and was soon thereafter appropriated by the band as cover art for their third LP. This popular poster has been reprinted twice this edition being the first reprint produced in 1976.

During summer of 1976 a retrospective of Rick Griffin's artwork was held in London at The Roundhouse. Griffin took the original printing plates with him to England and oversaw printer James Haworth produce a numbered limited edition Aoxomoxoa run of 3 000. They were humorously presented as "Alcock & Dicks Trading Co" in the lower left corner (as an obvious nod to the imagery) and labeled 1976 European Limited Edition. This example here is numbered "1362".

Original First Printings of this poster can bring several thousands of dollars. This second printing represents a more affordable way to acquire this fantastic and world famous work of art. This is only the third CGC Graded example of the 1976 Limited Edition issue we have ever auctioned!

Condition Details – 100% Original with no restoration. View the detailed high res photo of this lot. Click on the thumbnail photo to see an enlarged photo. Click a second time on the magnifying glass in the upper right corner of the enlarged photo. A super high res image with every millimeter will now be clearly displayed. For a personalized eyewitness examination call 410-464-6180 11:00 am to 6:00pm eastern.

*****This Poster is available for inspection at our gallery by appointment. *****

* A 20% Buyers Premium will be added to the final hammer price of this lot.*