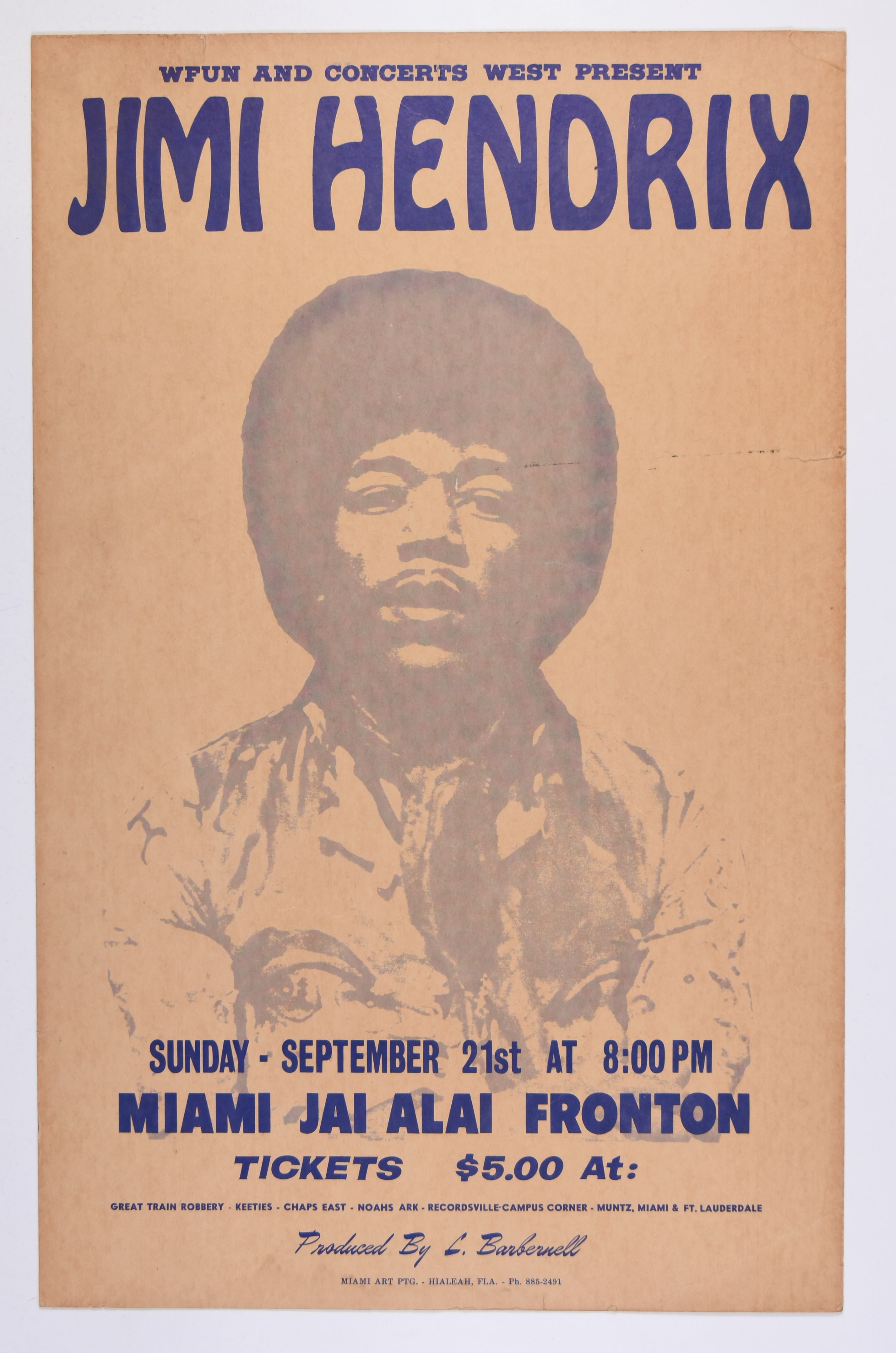 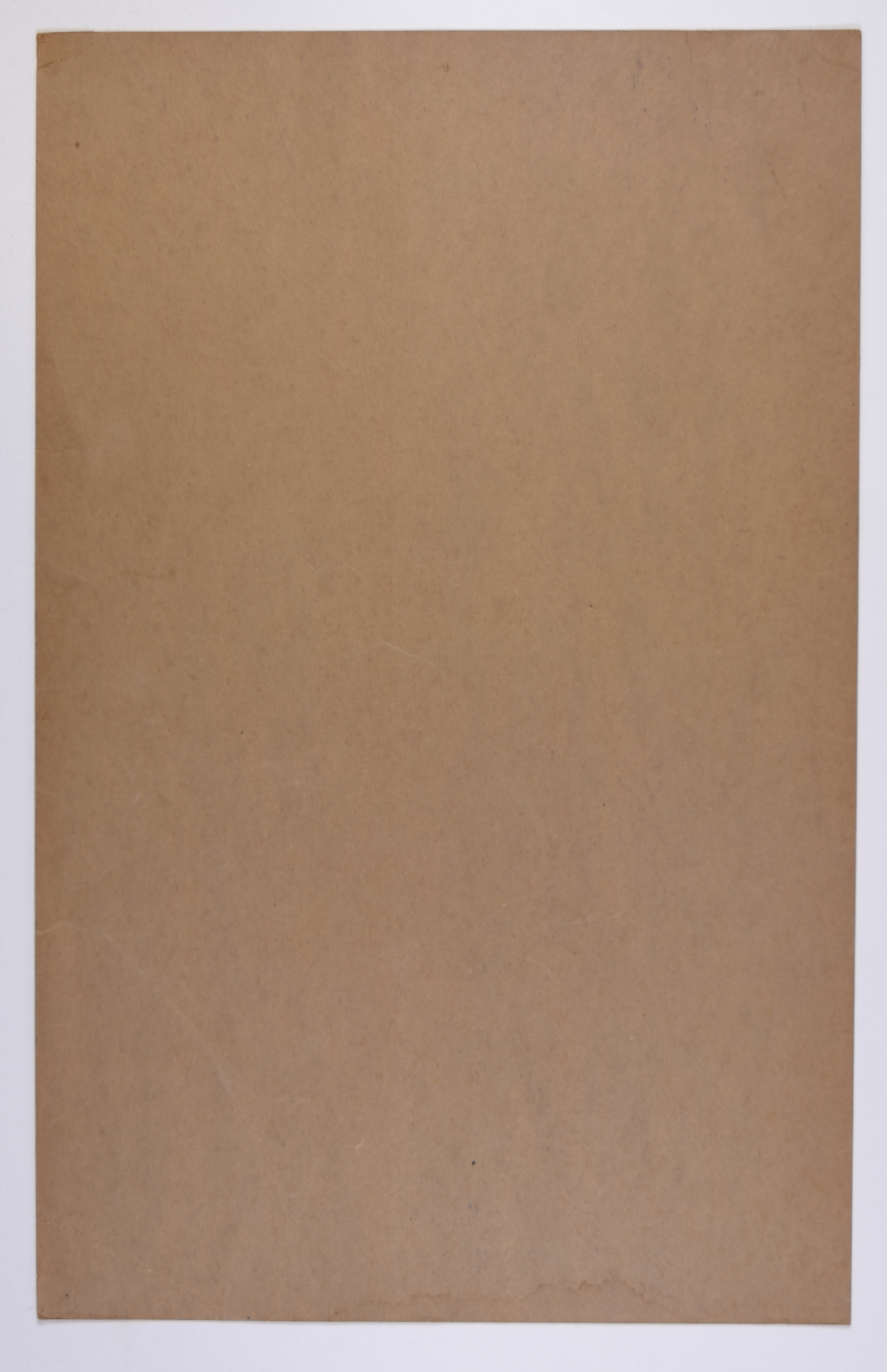 Psychedelic Art Exchange is privileged to offer such an extremely scarce and highly sought after Jimi Hendrix cardboard poster in our auction! This poster was produced for a concert to be held at the Miami Jai Alai Fronton on September 21 1969. The show was cancelled and the bulk of the posters were destroyed.

Our research reveals there are likely around 5 copies of this poster known to exist - in any condition! 9 years ago in 2011 we were fortunate to be able to auction a Near Mint Condition specimen that reached $7 755 in our auction. There was also an example which sold at Christies in 2007 for $10 000. Clearly the market has come a long way since those auction appearances so many years ago. Hendrix concert posters are amongst the most sought after and valuable in the marketplace as evidenced by the results we recently have seen in our auction including: $27 200 realized for a Hendrix Merriweather Poster Pavilion poster $18 000 for a Hendrix Sicks' Stadium poster $27 600 for a Hendrix Atlanta Municipal poster and $20 710 for a Hendrix The Factory poster. It will be interesting to see what value the market assigns to the rarity now being offered here!

Several of Jimi's shows originally booked by Concerts West between September 18th and 29th of 1969 including this one were cancelled for several reasons. His overall fatigue from touring was a huge weight not to mention the backing group he had most recently put together had temporarily disbanded.

Jimi's lawyer Henry Steingarten stated the week before this Miami show: "I urged Jimi Hendrix to fulfill the dates telling him that I thought he was doing his reputation a great deal of harm and that the financial involvement might be substantial. Hendrix's response was that his reputation as a musician was paramount but he did not feel himself physically and mentally capable of performing satisfactorily therefore he felt that overshadowed his failure to appear."

It is often said that the opportunity to acquire a classic museum piece is even rarer than the collectible itself. Indeed this is clearly the case here. As word leaked out to Hendrix collectors about this offering our phones have been ringing off the hook. Not just from collectors in the United States but from all over the world. Competition will be fierce and it will take a lot of heart to crown yourself the victor of this trophy.

Condition Details - 100% Original with no restoration. 1" tear right edge 3/16" tear left edge 1/2" tear top edge 1" crease top right with a 3/8" tear at the top of that crease 3 1/2" crease bottom left corner 1 1/4" crease in the same left corner 8" diagonal crease in the bottom right quadrant few minor dings and creases evidence of water damage on the bottom edge. View the detailed high res photo of this lot. Click on the thumbnail photo to see an enlarged photo. Click a second time on the magnifying glass in the upper right corner of the enlarged photo. A super high res image with every millimeter will now be clearly displayed. For a personalized eyewitness examination call 410-464-6180 11:00 am to 6:00 pm eastern.

****This Poster is available for inspection at our gallery by appointment****