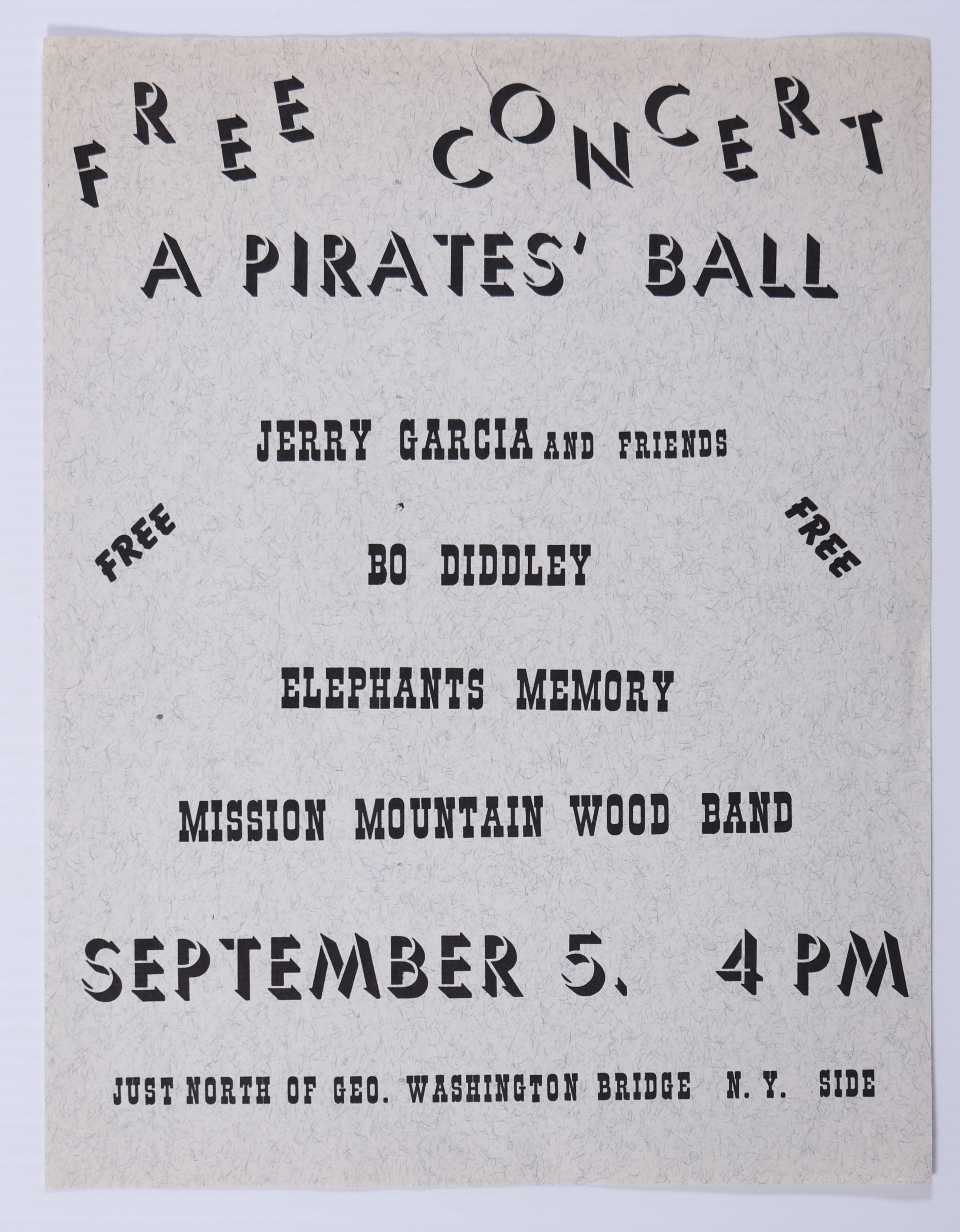 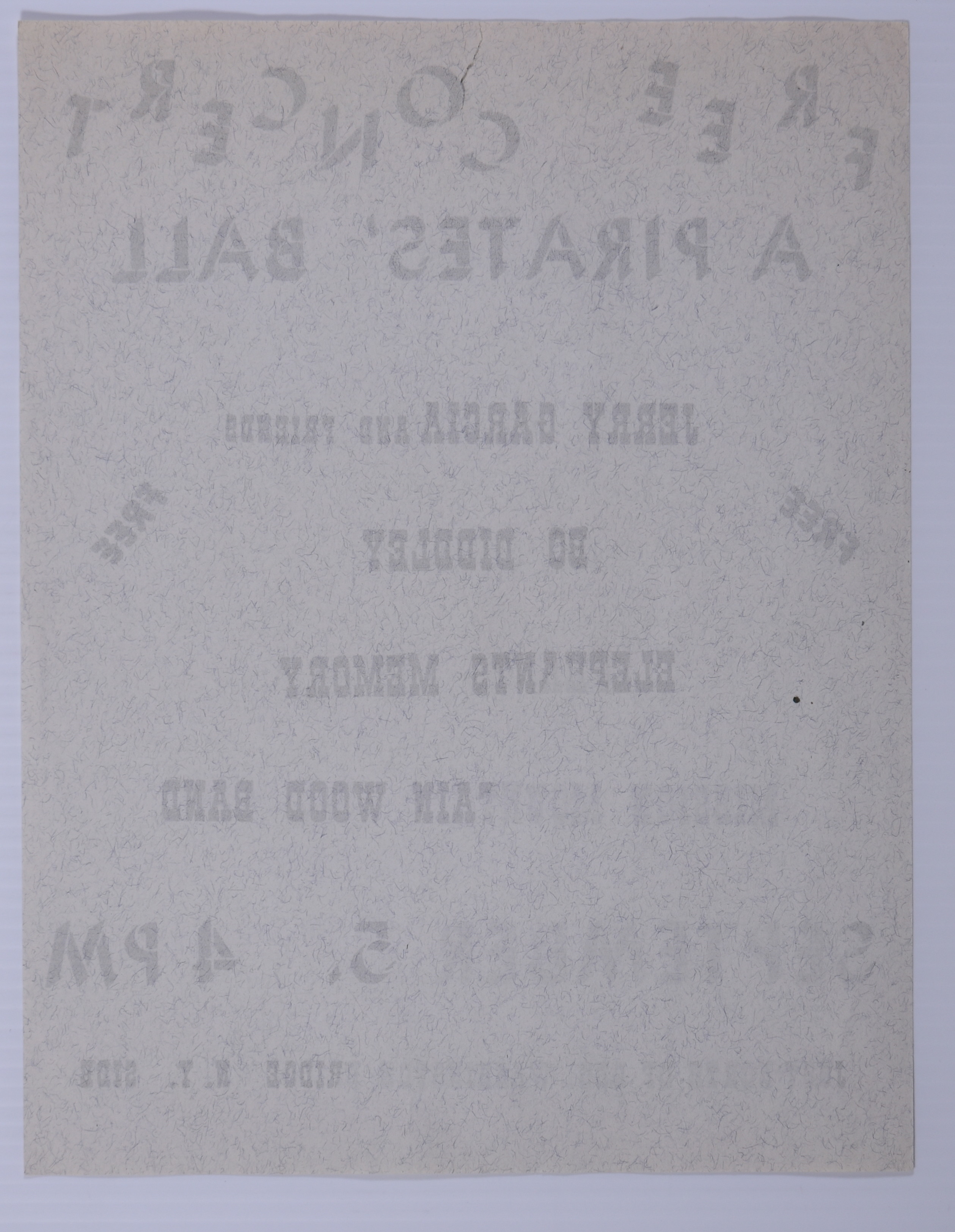 This super early Jerry Garcia Original Handbill showcases a variation of the “Legion of Mary” lineup in its young infancy. Joining Garcia in the band were keyboardist Merl Saunders bass player from “Old & In The Way” John Kahn and the Grateful Dead’s drummer Bill Kreutzmann. This 1973 event was a Hell’s Angels party called "A Pirate’s Ball” and took place on a ship called the SS Bay Belle.

The boat set sail on the New York City harbor and the memorable concert also included the legendary Bo Diddley as well as two opening bands. There was also a wedding on board before the performances. For years there was some speculation about whether or not this concert actually happened however recently old archival film footage surfaced and fans have confirmed a full set list played by Garcia and Friends.

Hell's Angels material is always amongst the most desirble counter-culture material. When you combine that with a legendary Garcia concert and a pinhole free specimen that is a small tear away from perfection and you have a super interesting and often requested piece of counter-culture history!

Condition Details - 100% Original with no restoration. 1" tear top edge. View the detailed high res photo of this lot. Click on the thumbnail photo to see an enlarged photo. Click a second time on the magnifying glass in the upper right corner of the enlarged photo. A super high res image with every millimeter will now be clearly displayed. For a personalized eyewitness examination call 410-464-6180 11:00 am to 6:00pm eastern.