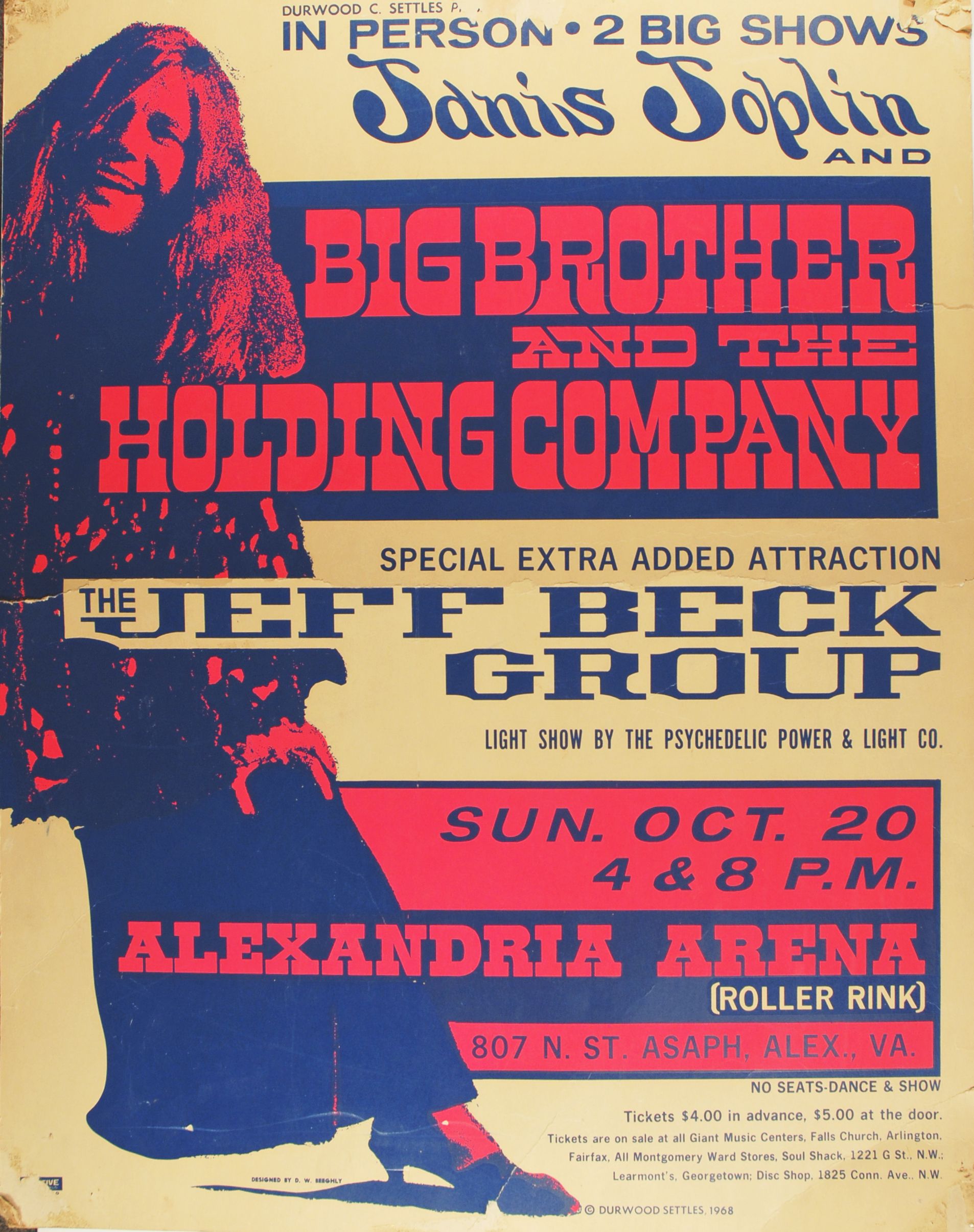 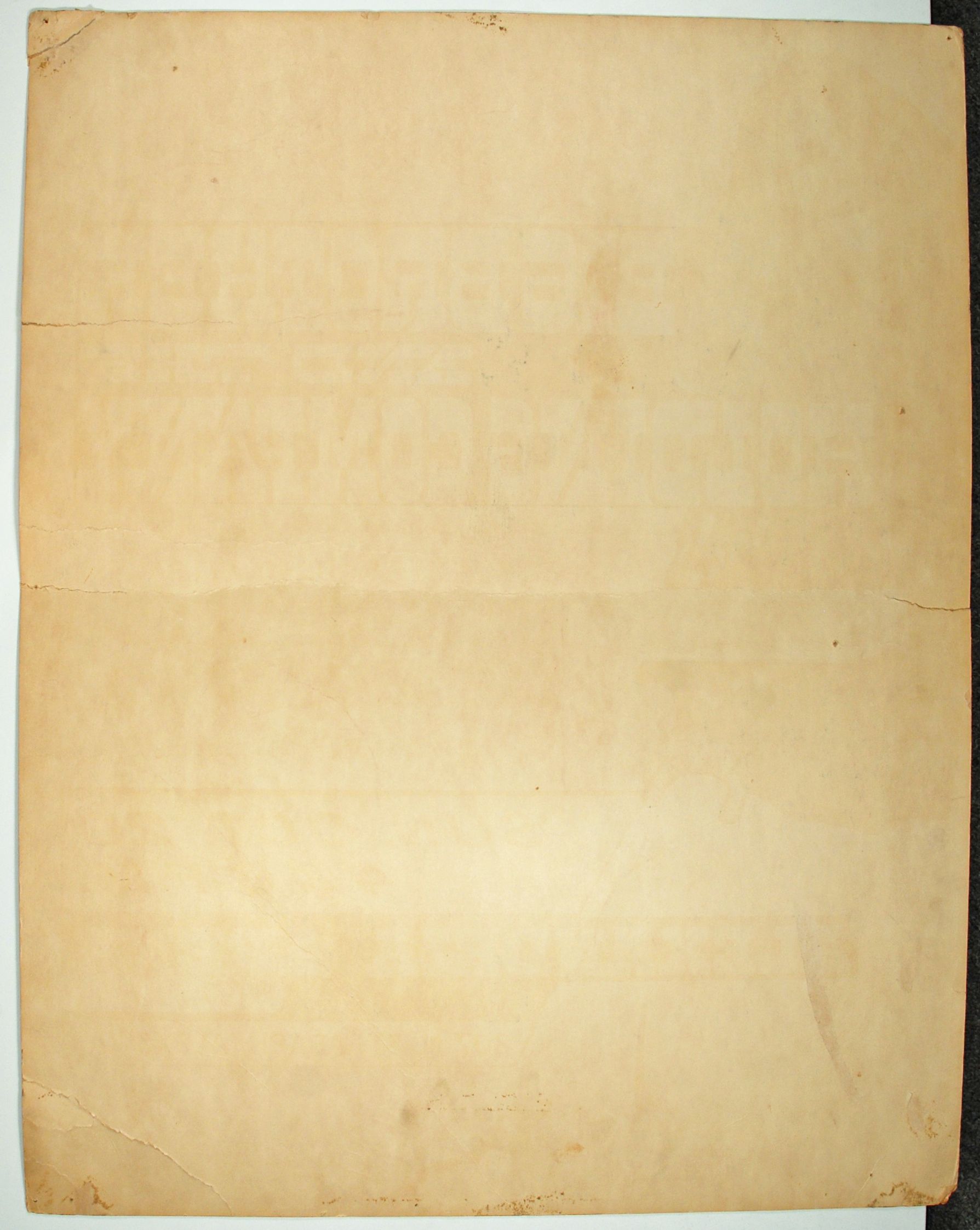 It is a pleasure to offer for the very first time a very rare opportunity to own a what is considered by serious collectors to be amongst the most beautiful valuable and hardest to find posters from the 1960's . This next to impossible to own  GIANT sized silkscreen poster is one a very few copies to survive the past 45+ years.

This 1968 Janis Joplin / Big Brother poster was created to advertise a one night appearance of the queen of Rock and Blues at the Alexandria (Virginia) Roller Rink. Janis Joplin was at the height of her creative output at the time.  In support was The Jeff Beck Group Beck is universally known as one of the greatest guitar players to ever grace the stage. His band included such rock luminaries as Rod Stewart and Ronnie Wood.

The posters that were commissioned by promoter Durwood Settles for concerts he produced in the late 1960’s are truly unique. . The posters were designed by artist D.W. Beegley and are much larger than the typical rock concert posters of the day. His designs feature psychedelic images of the era's top performers. They were hand pulled silkscreen’s that used stunning day glow fluorescent inks. Additionally many of the posters in the series are printed on cardboard which was not  a common practice at the time for Rock Concerts. Cardboard posters typically have much smaller survival rates than paper.

Settles/ Beegley posters are one the ultimate sixties Rock and Roll collectibles. The Jimi Hendrix Merriweather Post Pavilion poster is one of the most valuable  Concert posters ever created .   These posters are often traded privately and are quickly scooped up by top buyers. Very seldom do they appear at auction.

The posters were originally printed in quantities of 200 or fewer and the survival rates are ridiculously low. Only a handful of remaining copies  are known to exist today.

1.    There is a hard horizontal crease in the center that  brakes the surface of the cardboard and has a  2 “ tear on the right edge of the   crease. There is also a 1 ½”  tear on the left edge of the crease.
2.    Another lighter crease is just below the word “Brother” that has a 1 ½” tear on the right edge .
3.    The upper right-hand corner has been reattached with tape.
4.    There are tape pulls and tape residue in the corners and small areas missing ink in the top center and bottom left.
5.    Also this poster has 3/8” tear on the lower left edge & a ½” tear on the right edge.
6.    Additionally   few white tape pulls on the back a creased bottom right corner tack holes in each corner and a small hole on the J in “Jeff” and a few small areas of flaking paper.